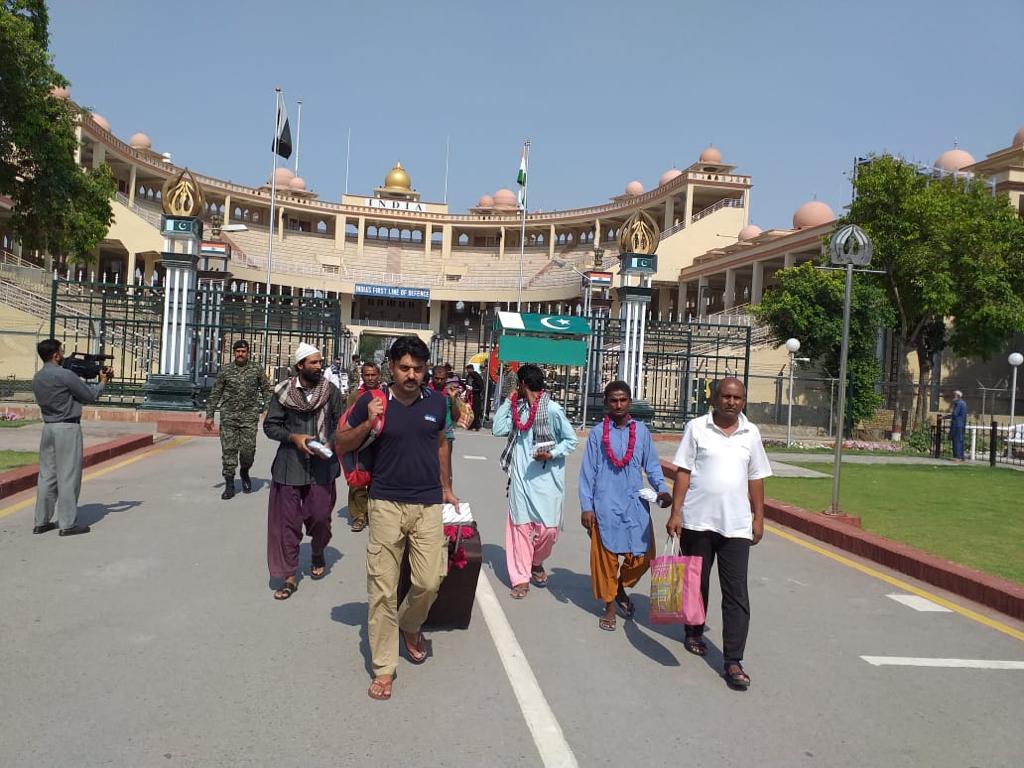 Election fever in India has overshadowed news of the repatriation of 13 Pakistanis from Indian prisons Tuesday. The move is an indication of the continuation and success of diplomacy even as India-Pakistan relations remain tense.

Pakistani prisoners in India being repatriated kneel in gratitude.

A Pakistan Ranger checks the papers of a repatriated prisoner.

Indian authorities handed over the 13 former prisoners, including nine civilians and four fishermen, to Pakistani authorities at Wagah Border in the presence of Pakistan High Commission officials in India.

Officials on both sides of the divide, including at the Pakistan High Commission in New Delhi, have been working for the repatriation. Details like names of repatriated persons and the circumstances of their arrest in India have not yet been provided to the media.

Several civil society organisations are also working in both countries to provide legal aid and support cross-border prisoners in jails around India and Pakistan. However, they say it is a matter of concern that the Joint Judicial Committee on Prisoners, formed in 2007, has not met since October 2013.

The Committee consists of four retired judges from each side who meet prisoners in each other’s jails and work to ensure humane treatment and expedite release of those who have completed their prison terms.

The Committee was re-reconstituted a year ago, with India nominating four retired judges as required. However, Pakistan has yet to nominate the members from its side.