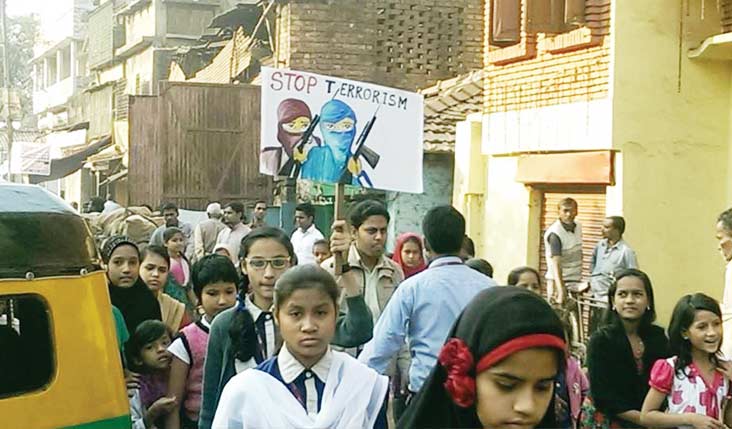 Members of Rebecca Belilious English Institution In Kolkata participated in a rally on December 20 to express their condolences for the victims of the attack on the Army Public School in Peshawar on Dec. 16, 2014, and in solidarity with the fight against terrorism. Photos contributed to Aman ki Asha by Danish Akhtar? in Kolkata

Maa is Maa in all religions

Set to the song “Maa” by Lahore-based musician Bilal Saeed, Rahul Arya’s beautiful animated video starts with the words: “An honest tribute from a common Indian to all school children and families who lost their loved ones in the Peshawar attack”.
View it at: http://youtu.be/RM2LCO2DxTM

Re-visiting the past The power of Urdu poetry