‘Focus on the commonalities’ 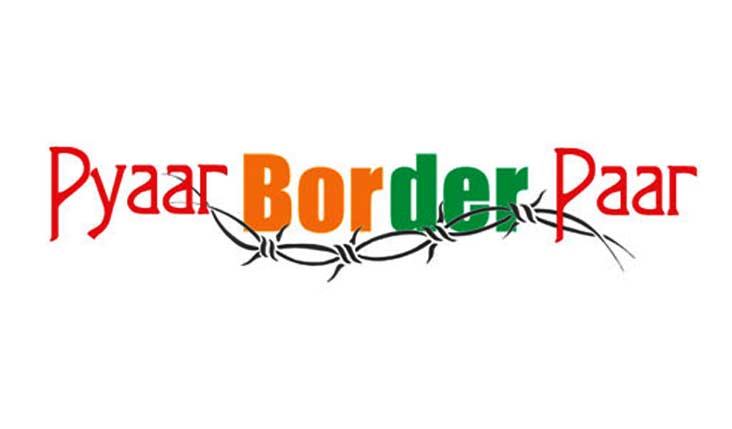 Of Kashmiri descent from both sides of the border, Saba and Mujtaba crossed paths twelve years ago in San Francisco as postgraduate students. They were married after a long-distance romance and initially lived together in Delhi. They are currently based in Dubai with their two daughters.

Saba Qizilbash is a successful artist who exhibits internationally. She has a Master’s degree from the Rhode Island School of Design (RISD) and a BFA (Distinction) from the National College of Arts in Lahore. She is also an Adjunct Professor at the American University in Dubai and a Visiting Professor at Beaconhouse National University, Lahore. A philanthropist at heart, she runs the Mums Who Share community initiative, providing free meals to South Asian construction workers in Dubai.

Born in Srinagar, Syed Mujtaba Hussain hails from a family of lawyers and judges. He was India’s first Kashmiri and Muslim graduate from the National Law School of India University, Bangalore. He holds LLM degrees from the University of California at Berkeley and the University of Essex, a postgraduate degree from Stanford University, and has worked with the United Nations in Geneva. He founded Emirates Legal, a boutique law firm in Dubai, which includes pro-bono work for low-income South Asians.

Saba: I belong to the Qizilbash family and grew up attending majalis, Mochi Gate and Tazia processions, always thrilled by visual installations, zari fabrics and symbolism. However, I’m more inclined to the Sufi way of life in which many paths lead to the Ultimate Truth.

Saba: We met by chance in San Francisco when we were graduate students. I was on my way to RISD and he was at Stanford on a fellowship. In our second phone conversation, he told me that by this time next year he would be attending UC Berkeley and would be married to me. He managed to accomplish both!

Mujtaba: I was struck by the fact that Saba’s grandfather had lived in Kashmir. In fact, she was the first Pakistani girl I ever met and I was curious to know more about her. I spent a year calling her from a public telephone booth and secretly Skyping from work. I had to convince her about marriage on three levels; firstly, that India and Pakistan would become friends sooner or later, as economics would act as an adhesive to bind these countries together. Secondly, I hadn’t lived in a very traditional Kashmiri environment and could adapt to any situation. Thirdly, I could easily find employment outside of India if required. I felt I had to present my case and at the bottom of my heart, I always knew I would be able to convince her and her family.

Saba: Mujtaba came to Lahore seek my mother’s permission to propose to me at a time of political chaos between Pakistan and India. Our respective High Commissioners had been expelled and things were looking bleak. He brought one of his mother’s exquisite Pashminas with him, so I had to say yes!

Mujtaba: India and Pakistan were on the brink of war and only my father and mother were granted a four-day Lahore visa for the wedding. Immediately after our wedding, I departed for UC Berkeley and Saba went to RISD.

Saba: Well-meaning people warned me that I wouldn’t be able to meet my family again. When visiting Kashmir for the first time last year, I was sceptical of it being termed the ‘Switzerland of South Asia’. But I had to admit it was true. We rode on horseback through picturesque Aru while Shahrukh Khan shot Yash Chopra’s last movie in the neighbouring hotel.

Saba: The most popular expression that I picked up in Srinagar is “oh oh oh,” used to show empathy. Mind you, my use of it is more cynical! I really had to introduce Mujtaba to the Punjabi sense of humour. It’s brash, it’s personal and we love it.

Mujtaba: I’ve learnt expressions like ‘paindu’ and ‘zabardast,’ to name a few.

Saba: Mujtaba is passionate about human rights, has a reservoir of ideas and an exciting determination for achieving his goals. He is supportive of my career and tries to understand the constraints of an artist who works from home — it’s often difficult to separate the boundaries of domestic duties and zone out in the studio. Coincidentally, he’s from Srinagar, a place where Agha Jan (my grandfather) spent many years before Partition. My daadi was also Kashmiri by birth. Mujtaba and I also shared ‘Hussain’ as a family name. When I met him, I had to turn around and look to check whether the spirits of my ancestors were urging us along! To potential couples, I would say know what you are getting into, understand the visa restrictions, and discuss in advance your future children’s nationalities.

Mujtaba: I wish I had proposed to my wife the first day that I met her and gone to Lahore earlier to marry her. I could have then counted one more marital year in my life. Saba’s simplicity, intensity of purpose and not judging me as an Indian were qualities that immediately attracted me to her. As I started to understand her philosophy of life during our phone conversations, I realised that we had a lot in common.

We took a conscious decision to share the commonalities of our two countries and respective cultures and traditions with our children, who identify themselves as half-Indian and half-Pakistani. We want our kids to look at both countries with the same love and respect.

Frankly, I noticed the same differences in Saba that I would have noticed if I had married a girl from Indian Punjab. My friends in India have no clue about the commonality I am talking about. I only wish the media would focus on all other things between India and Pakistan not related to politics. Other than food, I cannot think of any differences. The Kashmiri Wazwan cooked only on formal occasions is the best food in the world and even if you do not like it, pretend that you do—this is the one thing that Kashmiris are very sensitive about! My advice to couples is to remember that you are choosing a life partner first and their nationality second.

Laaleen is an Islamabad based writer. She tweets @laaleen. Email: [email protected].
This piece is adapted from her series ‘When Hari Met Saleeha’, Libas International, 2013

SARSON KA SAAG 'It's all about the couple'