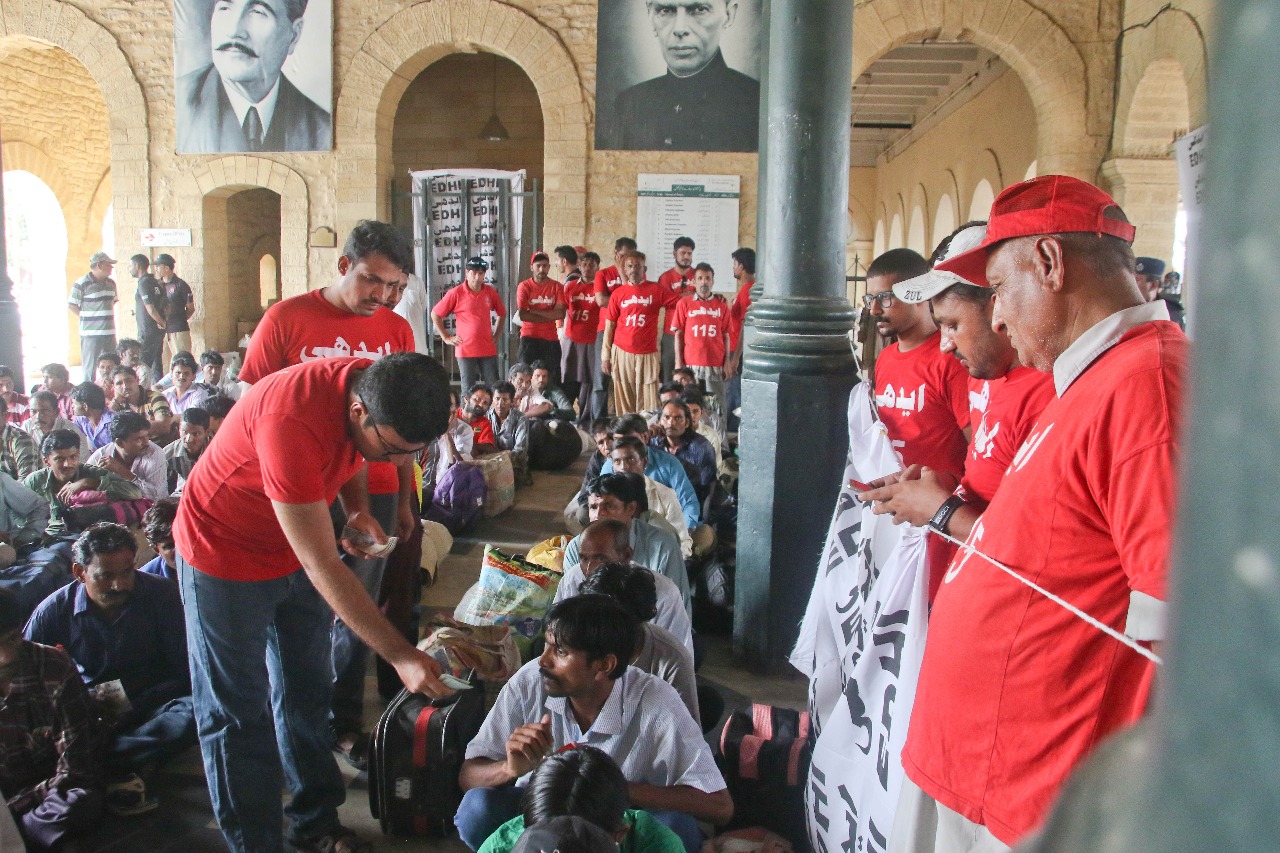 Indian fisherman dies in Karachi days before his impending release, grieving family waits for his body

Imagine you are a fisherman. Born into poverty. Born in a small coastal village in India. Or Pakistan. (Hardly a matter of choice). You lead a tough life, following the profession of your father and grandfather. You are barely literate. You spend your life eking out a bare existence for yourself and your family, chasing the depleting shoals of fish that the wind and tide drive further out to sea.

Somewhere in that sea is an invisible boundary. Your boat has no device to gauge distances. Suddenly patrol boats show up. You are in enemy territory, poaching in their waters. They arrest you and your fellow fishermen, herd your boats to their country and dump you in prison. Even when you are eventually released, your boats stay in the ‘enemy’ harbour, further impoverishing you.

For now, your frantic family has no clue where you are – you may have died in a sea storm. Word trickles out to them months later through fellow prisoners who have served their term and been freed, or when members of the Joint Judicial Commission for Prisoners visit the jails as they are supposed to do once every six months. The Committee hasn’t met since the last one, convened by India on 25-30 October 2013.

Your ‘host’ country slaps charges of illegal border crossing against you if you are lucky, of espionage and terrorism if you’re not. You are sentenced to prison for a few years if you are lucky, several if you’re not. In any case, it is only when you have served the sentence that the ‘host’ country’s officials inform your country’s embassy of your presence. Your country’s officials need to verify your nationality before you can be released and repatriated. A process that should be completed in days drags on for months, each side blaming the other for the delay.

“Heartening news is Pakistan will be releasing 77 Indian fishermen and 1 civilian prisoner on 10th July 2017. It is a good news otherwise in a depressed scenario. As of today Pakistan has 493 Indian fishermen in their custody” – email from journalist Jatin Desai, 1 July, 2017, addressed to a few friends who have been working on the cross-border prisoner issue.

The Indian fishermen to be freed had completed their prison sentence in Pakistan on 23 May 2017, having been detained and sentenced for violating the international maritime border. They couldn’t be released until the process of identity verification from the Indian embassy was completed. Why does it take so long? I don’t know what the delay in this particular case was but typically, each side blames the other. Pakistani officials claim they send the information to the Indian embassy. Indian officials say they didn’t receive the information on time or were not granted consular access.

Tragically, one of the fishermen to be released never made it home.

He was Kana, son of Lakhan Chauhan. After he reportedly complained of chest pains, prison authorities sent him to hospital. The 37-year old died on 5 July. His body lies in the Edhi Foundation’s morgue in Karachi. There has been no post mortem to determine the cause of his death on 5 July 2017.

The Vienna Convention on Consular Relations, 1963, mandates that a foreign national who is arrested or detained be given access to his or her country’s consulate. India and Pakistan typically either grant the permission belatedly or simply drop this courtesy when it comes to each other’s prisoners. As Mohammad Ali Shah of the Pakistan Fisherfolk Forum says, we treat each other’s prisoners like prisoners of war.

The matter remains mired in bureaucracy. Gujarat fisheries Minister Babu Bokhiria told The Indian Express that he had learnt about the incident two days earlier from a caller from Una – Chauhan hailed from Paldi village of Una taluka in Gir Somnath, a district of Gujarat. The caller informed him that a fisherman had died in Pakistan and that his body had not been repatriated.

All these bureaucratic processes. Why can there not be a more direct system of communication?

“Neither was he repatriated when he was alive nor has his been body been sent back almost two weeks after his death,” commented Jatin Desai, who is also general secretary of the India chapter of Pakistan India People’s Forum for Peace and Democracy, the largest people-to-people lobby group in the region.

This is not the first time that an imprisoned fisherman has died in captivity on the other side, the tragedy compounded by the delay in sending home his mortal remains. One can only imagine the anguish of the bereaved family.

“Whenever a fisherman who has been arrested from the other side of the border dies, it takes at least a month for his body to reach his relatives back home”, points out Desai.

Indian fishermen Vaaga Chauhan and Ratan Das, both like Chauhan from Una, Gujarat, died in prison in Karachi, on 12 December 2015, and 8 February 2016, respectively. Their bodies arrived in India months later, on 14 April 2017. Similarly, Pakistani fisherman Nawaz Ali died in prison in India in 2012. Having been held captive for 13 years, his body reached Pakistan a month after his death.

“These men were not criminals or terrorists; small errors on their part and hostilities between their nations cost them their lives”, as Desai comments. “Yet, not even a fraction of the concern and outpouring of emotion for the deaths of brave jawans (soldiers) is extended to these fishermen; there is no uproar, no debate. Perhaps this has something to do with their low economic status, semi-literacy, and invisibility to the public in both countries”.

On 8 May 2017, PIA suspended its twice-weekly direct flight between Karachi and Mumbai, reportedly due to low traffic causing financial losses — the current slow-down in visas makes “low traffic” hardly surprising. This means that Chauhan’s body will have to be flown to Mumbai via a Gulf hub like Doha or Dubai, or another circuitous route Karachi-Lahore-Delhi-Ahmedabad.

Whatever way the authorities manage it, until they do, a grieving family will have to wait for the body of their loved one. We can’t do better than this? Really?

One thought on “The fisherman’s tragedy”