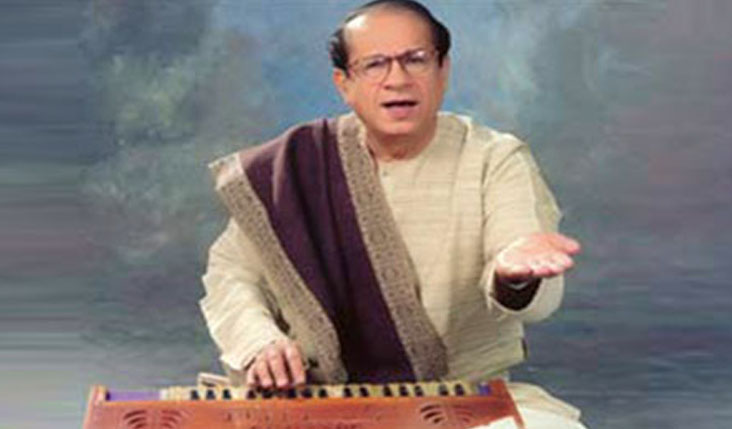 Rest in peace, Habib Wali Mohammad
A tribute from across the border

South Asia lost one its finest cultural talents last week in the death of Habib Wali Mohammad. He was perhaps the last of the generation of singers who followed K. L. Sehgal. Habib Wali sahib was a truly global citizen. He was born in Rangoon, spent fifteen years in India, studied in the U.S.A., lived in India for another ten years after 1947, spent three decades in Pakistan and lived his final thirty years in the U.S., passing on at the ripe old age of 93 in Los Angeles.

Although he had an MBA from the highly regarded Syracuse University in the U.S.A. and hailed from a well to do business family, his love for music prevailed. He won the 1950 “Great Crusoe” music contest in Bombay that had more than 1,200 contestants. Assuming the name Kamal Roy, he began his Bollywood career well, singing the mellifluous “Uth gaye man ke nao ke manjhi” for O.P. Nayyar. His popular renditions of Bahadur Shah Zafar’s ghazals were broadcast often on Radio Ceylon throughout the 1950s, when Indian actress Meena Kumari, a huge fan of his ghazals, worked there.

Meanwhile, his family had moved to Pakistan and he was getting several offers from the nascent Lahore film industry. Thus, in 1957, Habib Wali Mohammad decided to move to Pakistan where he left an illustrious legacy. His silky voice and technical brilliance made him the best ghazal singer in South Asia until Mehdi Hassan arrived on the scene in the mid to late 1960s.

The most popular ghazal singer in the U.S.A. for many years, Habib Wali Mohammad performed live almost every weekend, mesmerising listeners with his versatility, stamina and soul stirring voice.

I remember an expatriate friend from India telling me, back in 1996, that listening to the maestro live in concert in the late 1980s would invariably have him in tears as he was reminded of what he had left behind in Lucknow, India. “Listen to him and tell me whether he is an Indian or a Pakistani. Music transcends the boundaries of hate that men create,” he would say. It was my misfortune that I never got a first-hand experience of the magic of a Habib Wali Mohammad concert.

As I look back at the life and the body of work of the great man, I wonder why our cultural links, between India and Pakistan, got severed over the years. We in India missed the golden years of Habib Wali Mohammad, as he is relatively unknown here.

I hope we defeat the hawks in both countries and the rich cultural legacy that we share prospers across South Asia. I wish the barriers of hate and prejudice would be broken and we can fully experience fraternal love. I fervently pray that the lunacy prevailing in South Asia subsides and one day I can take my family to Pakistan for a live Sabri Brothers Qawwali or a Strings concert. #MilneDo.

The author is an IT professional and peace activist based in Ghaziabad, India. Email: [email protected]