The iron curtain starts to melt 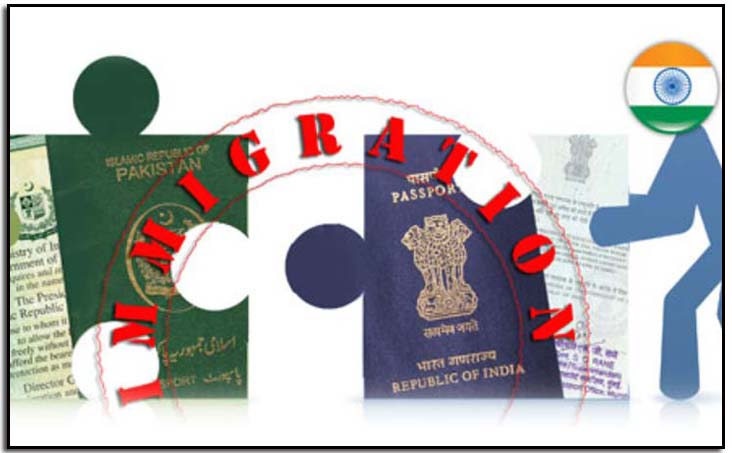 The sub-continent was partitioned in 1947 but the people were partitioned as a result of a new visa regimein 1952.

India and Pakistan’s signing of a historic liberalised visa regime is a small beginning towards the dream of a “visa free South Asia”. For the first time, the two countries have allowed tourist visas for each other’s citizens (although for group tours only), as well as visas on arrival at the Wagah-Attari border for senior citizens and exemption to the elderly from police reporting. Visitors will now be allowed to travel to up to five cities compared to the previous three (the country visa is still elusive) and businessmen can look forward to multiple entry and reporting-free visas. Visitors will also be able to enter and exit from different points using different means of transport (earlier restricted to same entry/exit point and mode of transport).

That these minor changes in the otherwise iron-curtain type visa regime between India and Pakistan are cause for celebration shows how dire the situation has been.

To understand why it is so difficult for the Indian and the Pakistani governments to liberalize the visa regime we need to dig into its history. It is now almost forgotten that after the partition of the sub-continent, from August 15, 1947 to July 14, 1948, people were allowed to move freely across the new international border without requiring any documents. The government of India was first to introduce restrictions on the movement of people. On the pretext of regulating the flow of refugees, the government of India on July 14, 1948 unilaterally introduced a permit system on its western frontier, promulgating the ‘Influx from Pakistan (control) Ordinance” which made entry into India without a permit a criminal and punishable offence. In a tit-for-tat response, the Pakistani government on October 15, 1948 introduced the “Pakistan (Control of Entry) Ordinance 1948” along the same lines.

Still, until 1952, people did not require any passport or visa to cross the infamous Radcliffe line. They could simply cross over and return using a permit. India introduced the full blown passport-visa system on October 15, 1952. Pakistan followed suit on October 17, 1952, after an agreement with the government of India. The new passport-visa system attached strict conditions for travel and limited the goods that could be transported between the two counties. This has torn apart thousands of families and individuals on both sides of the border.

The two governments wanted to precisely classify and categorise people as Indians and Pakistanis. The border of the sub-continent was partitioned in 1947 but the people were partitioned as a result of this new visa regime.

The 1965 war and 1971 war had a further lasting impact on the people to people flow between India and Pakistan. The 1971 war was a watershed in this regard as it led to a freeze on all types of people to people contacts between India and Pakistan for several years. The telecommunications and postal services were restored in October 1974 and the air and railway links in July 1976. Moreover, the India-Pakistan border now became a flashpoint, religiously guarded by both sides. Barbed wire and fencing, land mines, thermal imagers and flood lighting, all were gradually introduced to completely halt the unauthorised flow of people from one side to another.

Divided families were allowed to travel but only after meeting the new stringent requirements of the 1974 bilateral visa agreement between India and Pakistan. The new draconian provisions included single entry visas, city specific visas (no country visa which is the common practice the world over), no tourist visa, plus police reporting and registering on arrival and departure. Even more ridiculous was the condition that visitors must use the same check post and the same mode of travel for their arrival and departure. This meant one could not go to India by air and return on foot or by train or bus. Visitors could not arrive in India on the flight to Delhi and return to Pakistan from Mumbai airport. However, after the recent liberalization of the visa regime now people can enter and exit from different check posts and may change the mode of travel as well. But for travellers using the Wagah/Attari by road (on foot) the same rule still applies.

Until the recent liberalization, the 1974 visa agreement between India and Pakistan had remained largely intact, except for some changes made in 1984-85 to facilitate pilgrims. The 1974 visa agreement empowered the bureaucratic establishments on both sides to control who can travel and who cannot. The infiltration of terrorists and spies has been given as a justification to retain it, but the fact is the bureaucracy on both sides has a vested interest in this visa regime and has resisted attempts to make major changes. Moreover, spies and terrorists do not need the official visas to operate. It is only the common Indian and common Pakistani who suffers most at the hands of the stringent visa regime.

Musharraf and Vajpayee and later, Musharraf and Manmohan Singh despite making several promises could not ink any agreement on easing the visa regime between India and Pakistan. That the Zardari and Manmohan Singh regimes, nearing the end of their respective terms of office, have managed to deliver what others failed to -says much for the political process in both countries.

The concessions made by the new visa regime, although minor when seen on their own, are giant steps given our history.

A brief history of the Pakistan India visa regime

August 15, 1947 – People allowed to move freely across the new border without any documents.

July 14, 1948 – India unilaterally promulgates the Influx from Pakistan (control) Ordinance 1948, making entry into the country without a permit a criminal and punishable offence

October 15, 1948 – Pakistan introduces the Pakistan (Control of Entry) Ordinance 1948, making entry into the country without a permit a criminal and punishable offence

Until 1952 – No passport or visa required to cross the border

1971 war – Led to a freeze on all types of people to people contact; telecommunications, postal services, air and railway links severed. 1974 visa agreement empowers bureaucratic establishments on both sides to control who can travel and who cannot

1984 – Some changes made the 1974 visa agreement to facilitate pilgrims

Sept 8, 2012 – A historic relaxed visa regime is introduced to start phasing out the 1974 agreement.

The writer is a faculty member at National Institute of Pakistan Studies (NIPS), Quaid-i-Azam University, currently pursuing a PhD on people to people contacts between India and Pakistan at the University of Bradford, UK. [email protected]