The power of Urdu poetry 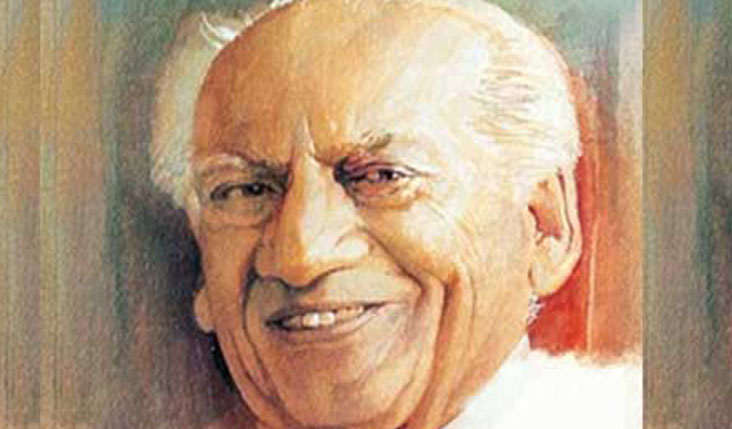 The power of Urdu poetry was strikingly illustrated in a matter in which I had a hand, This was the case of Gopal Das, decided by a bench of the Supreme Court consisting of myself and Justice Gyansudha Mishra on March 14, 2011 (see Gopal Das thru Anand Vir vs. Union of India).

Gopal Das was an Indian government employee who was arrested in July 1984 by the Pakistan Border Security Force when he crossed the Indian border and entered Pakistan. He was accused of being a spy and tried under the Pakistan Official Secrets Act, by a Pakistan Field General Court Martial by Pakistan army authorities, and awarded a life sentence on December 27,1986. The sentence was confirmed by a Brigadier. When the writ petition, filed by his brother, Anand Vir, came up before our bench in the Supreme Court he had spent almost 27 years in various Pakistani jails.

In the petition it was alleged that the Indian Government was not doing enough to secure Gopal Das’ release. The Indian Government denied this allegation, and recountd the various steps it had taken in this connection, but to no avail. We pointed out to the petitioner’s counsel that we had no jurisdiction over Pakistan authorities. Gopal Das was imprisoned in a Pakistani, not Indian, jail. Therefore we could not issue any direction to the Pakistan authorities.

I have always been a lover of Urdu poetry, and so I began the judgment with a sher (couplet) from the well known poem, ‘Gulon mein rang bhare baad-e-naubahaar chale’ by the great Urdu poet Faiz Ahmed Faiz, whose birth centenary was being celebrated all over the world in 2011 (when we heard the case).

I have always been a fan of Faiz Saheb. In 1981 Faiz Saheb had visited Allahabad, when I was a lawyer in the Allahabad High Court. A function was organized in his honour in the Allahabad University lawns. There was a massive crowd, and a galaxy of poets, including Firaq Gorakhpuri, Mahadevi Verma, etc. I took my son Vikram, who was only six years old then, to the function. I knew Vikram would not understand anything as he was too young, but in later life he could say that he had actually seen Faiz Saheb and Firaq Saheb.

Coming back to Gopal Das’ case, I knew I had to make a very persuasive yet powerful appeal in the appeal to the Pakistan President and Prime Minister.

So I began the judgment by quoting the second sher in that poem :

I also quoted Portia’s famous speech on mercy in Shakespeare’s ‘Merchant of Venice’. I then issued an appeal to the Pakistan President and Prime Minister for release of Gopal Das. I directed the Solicitor General of India, who was appearing for the Union of India to forthwith send a copy to the Pakistan High Commissioner in Delhi, Mr. Shahid Malik. Mr. Malik is himself a great lover of Urdu poetry, and I had met him often in mushairas in Delhi. He was requested to send the judgment to the Pakistan authorities, which he did through his diplomatic pouch immediately.

That was all we could do in the matter, and then I forgot about the case.

It was a very pleasant surprise when I read in the newspapers a few days thereafter that the Pakistan Government had declared that they would honour the appeal of the Indian Supreme Court, and release Gopal Das, which they did soon thereafter.

My own guess is that the Urdu couplet of Faiz had such a powerful impact on the Pakistan President and Prime Minister that it resulted in the decision to release Gopal Das. The couplet is very tender and heart rendering, and perhaps Faiz Saheb was describing his own emotions when he was in jail in connection with the Rawalpindi Conspiracy Case, in which he was accused. I think it was that sher which released Gopal Das.

Briefs Forging ahead: Five years on