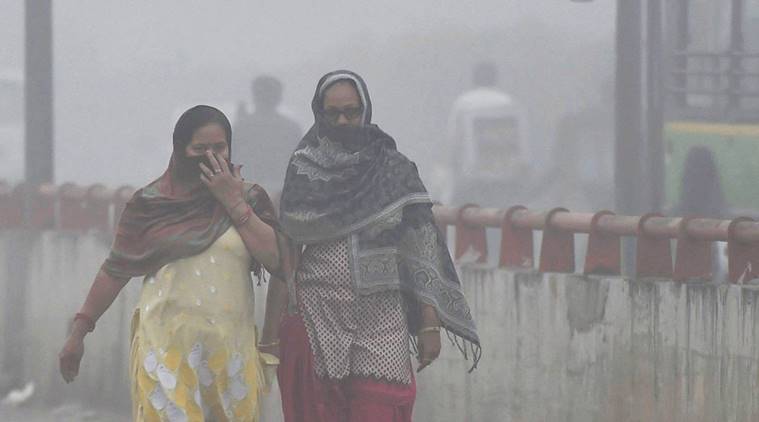 This is a crisis that requires our politicians to become statesmen, to think of future generations rather than the next elections, to rise above petty point scoring and sit down and work out feasible solutions

Writing in the Indian Express on 14 November, Nirupama Subramaniam writes about the fog that India and Pakistan share as it spreads its deadly footprint across the border, and envelopes towns, cities and the countryside on both sides.  She concludes: “Had Saadat Hasan Manto been alive, there would have been a short story by now on how India and Pakistan had agreed to exchange smog as a confidence-building measure.”

But this is no laughing matter.  Pakistan and India share not just history but also geography. We share mountains and rivers, we grow the same crops, and the air we breathe is also the same.

Today, as dirty polluted air chokes people living in Lahore and in Amritsar and Delhi, we should remember that this filth does not have to stop at any border check posts to cross in either direction.

This is a crisis that requires our politicians to become statesmen, to think of future generations rather than the next elections, to rise above petty point scoring and sit down and work out feasible solutions. India and Pakistan must talk about polluted air and water even if strategic issues have to be set aside for the moment.  At this rate, if we continue to allow our cities and the countryside to become gas chambers, there will be no Indians and Pakistanis left to do the talking.

People use face masks to protect themselves from morning smog as they ride on bike along a road in Lahore, Pakistan November 10, 2017. REUTERS/Mohsin Raza

It is easy to forget, but there was a time when India and Pakistan did talk to each other on these matters.  In 1989, there was an India-Pakistan Conference on the Environment in Lahore which I was lucky to attend.  It was initiated by the Pakistan section of the International Union for the Conservation of Nature (IUCN), headed then by a remarkable woman called Aban Marker Kabraji, a Parsi with family in Mumbai and Karachi.  On the Indian side, one of the main movers was the late Anil Agarwal, who headed the Centre for Science and Environment (CSE) in New Delhi.

In their joint Preface to the report that emerged from the conference titled, “Beyond Shifting Sands: The Environment in India and Pakistan” (IUCN and CSE 1994), Kabraji and Agarwal wrote: “The ‘environment’ that we met to talk about… remains as ever, besieged.  Under attack by those same forces of greed, ignorance and mismanagement as before. There is a crisis of governance in both our societies, and the ideals and values implied in the sustainable development paradigm appear urgently and relevantly as the only way forward. ”

Cover of “Beyond Shifting Sands: The Environment in India and Pakistan”, IUCN and CSE 1994: What has changed?

What they wrote then could not be more relevant today.

Our societies face a crisis of governance when it comes to the environment. Every crisis, such as the current smog, is dealt with in a piecemeal fashion, as if all people want is one clear day without smog.  Yet it is the cumulative actions and mismanagement of resources spanning over decades that have led to the current crisis.

Undoing the wrongs of past policies means acknowledging what and why things went wrong. No one is willing to sit down and address that, or to heed those who are pointing out the long-term correctives that can still be put in place.  Instead every authority — whether a state government or a court — is busy undercutting and criticising measures suggested by the other without any constructive alternative.

The problem we face is not SMOG — it is the fog in our minds, and our inability to rise above the clutter to see the clear light of day.

Kalpana Sharma is a journalist and writer based in Mumbai, India. She is currently Consulting Editor with the Economic and Political Weekly. This piece was originally published in her blog Ulti Khopdi.

India and Pakistan are more similar than we think Rishi Kapoor: Want to see Pakistan before I die