Vinod Khanna: A tribute to Bollywood Star from his birthplace Peshawar 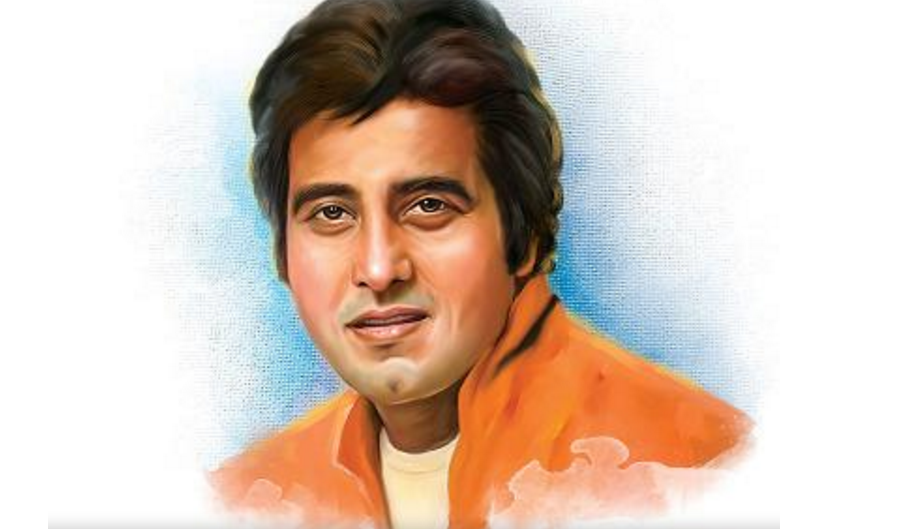 PESHAWAR: Art has no boundaries. In Pakistan, celebrated actor Vinod Khanna’s death trended at number two on twitter with people paying rich tributes to him. Even Pakistan Television (PTV), the state-owned channel, has aired a special programme on the 70-year-old.

“His death proved that art has no boundaries. His death is being mourned in Pakistan,” Ihsanullah Tipu Mehsud, a journalist said.

“The first Indian actor I knew was Vinod Khanna. I watched his movie ‘Amar Akbar Anthony’ in Peshawar for the first time when I was 15. Cinema lovers in southern region of Khyber Pakhtunkhwa province would recall his dialogues and his style. He was very handsome and looked brave, a mighty hero,” Inamullah Khattak (45) said.

“Vinod was a great actor, one of the best of his generation. Still remember the remarkable work he did in super hit films such as Qurbani, Chandni and Lekin. Proud that he was from Peshawar, but sad that one of our own passed away,” said Saifullah Khan Mehsud, head of research centre for tribal regions, a think tank.

Also Read: Veteran actor Vinod Khanna passes away, he was suffering from cancer

Peshawar’s love for Bollywood legends who were born here or whose families belong to this city still stand tall high despite the high handedness of state apparatus to quell such feelings. Last year, Jahangir Khan, a shoemaker and Shahrukh Khan’s fan, landed himself in jail after claiming to have made Peshawari chappal from deer skin for King Khan.

In the narrow streets of Peshawar’s Qissa Khwani Bazar, one can come across the ancestral homes of three legends of Indian cinema — Dilip Kumar, Raj Kapoor and Shahrukh Khan in a 10-minute walk. These houses are located within a radius of nearly 200 meters.

Qissa Khwani translates to mean a street of story tellers. The Peshawar neighbourhood has quite the story to tell.

Peshawar has also gained infamy as a no-go zone after Pakistan’s shift towards Islamization under General Zia-ul-Haq, boosted by Saudi Arabia’s visible investment in seminaries and mosques, the introduction of a Kalashnikov culture and the tribal regions turning into jihadi launchpads.

But the city, where a terror attack on an army school killed 141 people, still has recorded memories of the “handsome” Prithviraj Kapoor and Shah Rukh’s paternal family who recall childhood visits of the star.

The Partition halted the traffic of talent to Indian cinema from Pakistan. Later, the jihad in Afghanistan against the Soviet Union changed the outlook of this historical city.

But the love for Bollywood legends, born here or whose families belong to this city, is there despite the high-handedness of state apparatus to quell such feelings.

Last August, a shoemaker, Jahangir Khan, who is a fan of Shah Rukh, landed in jail after claiming to have made Peshawari slippers from deer skin for the star.

“We were living in undivided India at the time when there was a sizeable Hindu population. Men as well as women mingled freely with Muslims in the market square, wishing each other and exchanging pleasantries ever so cheerfully,” Dilip Kumar wrote in his autobiography “Dilip Kumar – The Substance And The Shadow”.

He also recalled his family’s association with the Kapoors. “Aghaji (my father), had many Hindu friends, and one of them was Basheshwarnathji, who held an important job in the Indian Civil Services. His elder son came to our house with him a few times and he stunned the ladies with his handsome appearance. That was Raj Kapoor’s father Prithviraj Kapoor,” he recounted.

In the narrow streets of Qissa Khwani, a 10-minute walk can take a visitor to the ancestral homes of Dilip Kumar, Raj Kapoor and Shah Rukh Khan. All within a radius of 200 metres.

At Muhallah Khudadad is Dilip Kumar’s home, dilapidated and with cobwebs all around. The adjacent Shah Wali Qataal locality is a three-storey renovated building where Taj Muhammad, Shah Rukh’s father, was born.

A narrow street from there leads to Dakki Nalbandi, where on a hill top is the three-storey crumbling Kapoor Haveli. Arched windows and balconies make the facade look grand but it is a ruin. “People come here, take pictures and leave after making tall claims that the grand building would be renovated but we don’t see them again,” said Muhammad Ishaq, 87, a resident.

Prithviraj, Raj Kapoor’s father, was the first Hindu Pathan from Peshawar who left a mark as actor and producer in Bollywood, which then did not have this moniker.

Maqsood Ahmed, one of Shah Rukh’s first cousins, said Taj Muhammad was the youngest of five brothers and a sister. While the star’s aunt, Kher Jan, and two uncles, Khan Muhammad and Mian Muhammad, were unmarried, the children of his two remaining uncles, Allah Bakhsh and Ghulam Muhammad alias Gama, still live in Peshawar.

Shah Rukh’s father was a graduate from Peshawar’s Edwards College, one of Pakistan’s elite and oldest academic missionary institutions. He was a die-hard Indian nationalist affiliated to a students’ wing of the All India National Congress.

After Partition, he said a permanent farewell to Peshawar and moved to Delhi in 1948.

Maqsood recalled that the actor, who would have been a teenager then, had visited Torkham, a town on the border with Afghanistan in the Khyber tribal region, the Swat hill station and the Michni area on the outskirts of Peshawar, where he swam in the river Kabul. “Shah Rukh loved Afghani food,” Maqsood said.

The actor’s cousin Nur Jehan currently occupies the ancestral house of his father.

Details of where Madhubala’s ancestral home is located are unknown. Her father Attaullah Khan was a Yousafzai Pathan from Swabi in the old Peshawar valley.

After losing a job at the Imperial Tobacco Company in Peshawar, Attaullah moved with his family to Bombay and then settled in Delhi.

Madhubala was born in Delhi on February 14, 1933, as Mumtaz Jehan Begum Dehlavi.

If history had unravelled differently, Qissa Khwani could have been Bollywood’s Mulholland Drive — the Hollywood neighbourhood that boasted the homes of Marlon Brando, Warren Beatty and Jack Nicholson — given its generational association with three of Hindi cinema’s biggest male movie stars.

With general mistrust on both sides of the border, Qissa Khwani’s movie-like tale could vanish in the narrow streets of Peshawar.