Wanted: A politics of construction 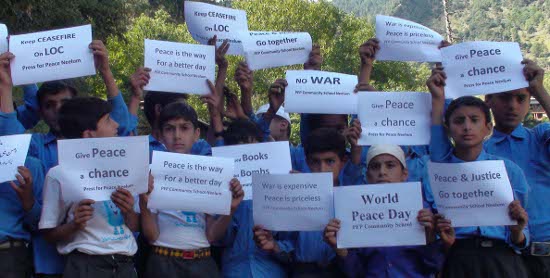 On nation-building and conflict-resolution in Jammu and Kashmir

Democracy promises curative treatment as opposed to mere palliative treatment. The citizens of Jammu and Kashmir continue to hope for the restoration of self-determination, rule of law, a solution-oriented revival of internal political dialogue and negotiations.

In this day and age, it is also reasonable to ask for the accommodation of diverse ideological and political leanings identities within a secularist framework, creating new openings for people, including the young, to discuss public issues and become active participants. The aims of all these processes should be to repair the frayed ethnic fabric in all parts of the State.

Refusal to budge from the rigidity of a given stance doesn’t allow for political accommodation. In Jammu and Kashmir, such rigidity also encourages the uncertainty which helps institutionalise corruption, allowing opportunists to make hay while the unpredictability remains unresolved.

The increasing political paralysis helps the nation-states of India and Pakistan to maintain the status quo, which works in the interests of some of the actors, state as well as non-state, on both sides of the Line of Control (LoC).

In trying to espouse anti-establishment positions, some of us tend to ignore the dangers of obscurantism and the growth of a conflict economy, in which some state and well as non-state actors are heavily invested. The espousal of violence as the means to redress political injustice and socioeconomic inequities will not bring the ship into harbour.

Violence has always been a Frankenstein’s monster that ends up destroying those who rationalize and romanticize it. Our political predecessors in Kashmir showed wisdom in carefully and deliberately separating politics and religion. The powers-that-be have deliberately undermined this ideology.

The de-politicization of the indigenous political space and criminalization of dissident politics on both sides of the border is particularly troubling and has led to the brutalization of Kashmiri society. When excesses, whether they are military, religious, political are not curbed, they have terrible long term damaging effects. And when religion and politics are conflated, mass movements suffer from a lack of clarity and cannot be integrated with the resuscitation of progressive politics.

As I pointed out in a radio interview, the onus lies on those who claim to lead the political movement for autonomy and self-determination in Kashmir to separate religion and politics. It is up to them to present this movement in a more ecumenical form which world activists would want to take forward without any allegation being levelled against them, given how fundamentalisms are rearing their ugly heads the world over. In the wake of 9/11, the world has become increasingly polarized, and there is a carefully constructed divide between “us” and “them,” between the “civilized world” and the “barbaric world.”

Perpetuating a politics that emphasizes, reinforces, or creates cultural myopia and mono-cultural identities in societies as diverse as those of South Asia, would be disastrous. Such damaging short-sightedness has already led to intolerance, arbitrary justice, tyranny, and ignorance.

Dissatisfaction with the policies of the governments of India and Pakistan should not encourage the glorification of reactionary politics. The last thing that South Asia needs is Taliban ideologues in any guise — civil, political, or military. Such an extremist ideology or even a mild form of it confuses local, national, and international observers, and ends up encouraging reductive interpretations of the politics of India and Pakistan.

It is time to summon up the courage to initiate a politics of construction. Can we begin the process of developing coherent state policies that will lead to a cohesive society?

Dr. Nyla Ali Khan is the author of four books, including Islam, Women, and Violence in Kashmir: Between Indian and Pakistan (2010), and Sheikh Mohammad Abdullah’s Reflections on Kashmir (2018), besides several articles related to her homeland, Jammu and Kashmir, India. This piece is based on her talk recently at the Soch Conference at Columbia University, New York.