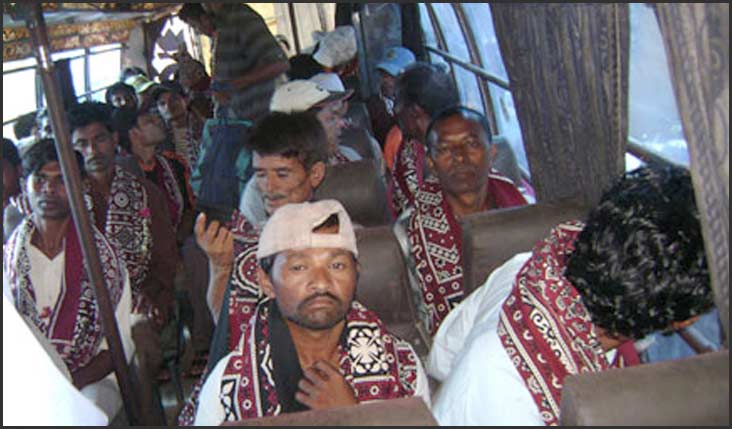 Karachi: A hundred Indian fishermen, including two minor children, were released from Malir Jail, Karachi, on Monday. The released fishermen will travel to Lahore on two buses arranged by the government. They will be handed over to Indian authorities at Wagha Border.

The Sindh government had ordered the release of 442 Indian fishermen who have been languishing in different jails in the province despite having completed their sentences, after the Supreme Court (SC) took notice of the issue. A petition in this regard had been filed in the superior court by Pakistan Institute of Labour Education and Research (Piler) and the (PFF). The remaining 342 fishermen will be released in groups on September 3, 5 and 7.

Pakistani border authorities arrested Rajoo Parsan, 16, nearly three years ago when he entered Pakistani territory while fishing. Free at last, he told The News that his father was blind and mother paralysed, and he was the only breadwinner in his small family. He wanted an education but acute poverty pushed him to work as a fisherman to fulfill his family’s financial needs. He does not want to repeat the ‘mistake’, he added.

Mahesh, another 16-year old caught fishing in Pakistani territory, said: “Fishing is and has been our only source of livelihood since the time of our forefathers.” He vowed he would in future avoid roaming close to the Pak-India maritime border.

Like the other fishermen, Mahesh has no other skill to earn a livelihood. Hundreds of minor boys like him fish at sea because this is the only skill their fathers and grandfathers transferred to them. “We are fishermen or nothing,” he told The News.

The families of fishermen arrested and jailed across the border for violating the maritime boundary face acute poverty and hunger in the absence of their sole breadearners. They have no other option but to wait for them in anxiety.

Relatives of Pakistani fishermen jailed in India poured into PFF offices across Sindh asking about the fate of their loved ones after hearing about the Indian fishermen’s release.

A PFF spokesman said that since the Pakistan government has ordered release of all the imprisoned Indian fishermen, and some have already been released, the Indian government should also immediately release Pakistani fishermen detained in Indian jails. “Fishermen on both sides are poor and are being detained by authorities on political grounds,” he added.