The urge to express ourselves 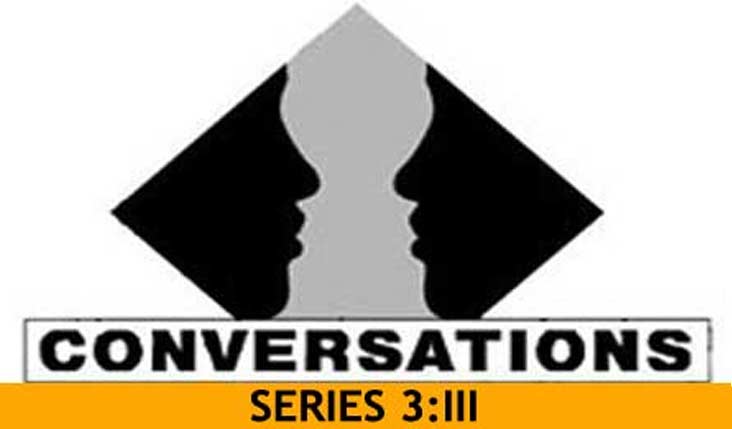 Gaurav Chavan and Ramsha Jahangir continue their online cross-border discussion. The earlier two installments of this conversation appeared on Sept. 3, and Sept. 24, 2014

Ramsha Jahangir: Is India divided? What does your nation have to say about the current situation of Pakistan? Would you ever want to visit my country?

Gaurav Chavan: The first division happened sometime in 1936 during the general elections, when the Muslim League raised the slogan “Islam in Danger”. Perhaps that was the beginning of the inevitable formation of Pakistan, that also something that distinguished Indians culturally. The division of the states happened on a linguistic basis.

To be honest, India is seldom divided in the cities. For instance, both my neighbours are Christians and my best mate from school a Muslim. I am not sure how this distinction ever mattered in the last 30 odd years. In Hindustan, we may follow any faith, but culturally we are all “Hindus” of Hindustan. And I say that because I don’t know the difference between being an Indian and being a Hindu.

To be honest, Indians are oblivious to what Pakistan is all about. Perhaps that’s the reason I chose to do this piece with you, so the story of an unheard Pakistani is heard as well in India. India predominantly learns about Pakistan through news of terror attacks. Otherwise sometimes it’s cricket and hockey that makes the news.

Your question is just so sublimely put, Ramsha. Visiting Pakistan would be a dismissive notion largely but putting it in the way you did, visiting your nation would be like inviting one to a long lost part of India itself. Why would someone not want to see how the same people of the same soil are doing across the border?

So now let me ask you, what is the normal life of an average Pakistani, besides the politics, the cricket and the films?

Ramsha: Despite the odds, people keep striving to establish a name in the global community. The more the “curse of the green passport” prevails, the more Pakistanis try to regain the respect we deserve. As an aspiring journalist, today I see the people of my nation desperate to raise their voice. Whether it is through social media or print journalism, you find people of all ages contributing an opinion. It is because of this urge to express ourselves that Pakistan has gained international recognition where it wasn’t taken significantly before.

People are becoming more aware, more conscious about the need to push for justice. Even if a protest at Do Talwar (a landmark in Karachi) fails to resolve the issue, it surely does contribute to expressing the sense of responsibility that Pakistanis feel. The key to change is introspection, and I have no doubts when I say that I belong to a generation that is waking up to a world of thoughtfulness and consideration. Protests may not help, but capacity building surely does. The Gang Rape Case in India is a perfect example in this regard.

Gaurav: Tell me about the kids, the younger generation of your country. What is that they think about India? I am sure; Bollywood somewhere is a part of your life too there. Tell me how significant it is?

Ramsha: India is popular for its deep-rooted culture and historical substance. No matter how intense a cricket match between India and Pakistan gets, the two nations are birds of the same feather. Just like anywhere else across the globe, Bollywood strongly influences a large population of Pakistan. Even if the political situation grows critical, cinema houses witness a big crowd.

I asked my eight-year-old niece the other day what she thinks of India. Her response made me laugh – she said I want to meet the CID team! A least she knows about India. Then she told me about a Hindu classmate of her’s. To my surprise his name is Gaurav too! She told me that some boys tease Gaurav for being a Hindu and tell him to go back to India. I asked her how does she treat him and gladly she answered, he studies in my school, he is a Pakistani. Hindu hai toh kia hua, insaan bhi hai na!

I had to give her a big hug. These little things matter. It got me thinking about how much training do school teachers need and give in terms of building global unity. Such educated people who teach others can create and strengthen stereotypes and prejudice. Knowledge and perception develop at the school level. So it is really important to educate teachers more than the children themselves. India is more than just Bollywood, there are Muslims in India as well and it is where history began.

The role political interest groups play in this exacerbates the situation. That can only be curtailed and changed through education, which comes from within the people and evolves with them as they evolve. The problem is you, not them. India and Pakistan as separate nations need to work on eradicating these pigeonholes.

I define education as intellectual strength. If you are educated, you will ponder over the established. You will question the unanswered and you will turn the unturned pages. Not everyone can be a diplomat, a politician or someone with power to bring a change. If you seek acceptance, you will practice goodness too. India is no different today, nor is Pakistan… but I am. This is how it begins; this is how it should end.

Gaurav Chavan lives in Mumbai; a copywriter by profession, he prefers being a thinker. Ramsha Jahangir in Karachi is a Social Science student, a thinker at will, a writer by choice. Read Gaurav’s response, and a continuation of this discussion, in the next installment of the Conversations series in Aman ki Asha.