Grown seeds of the same soil 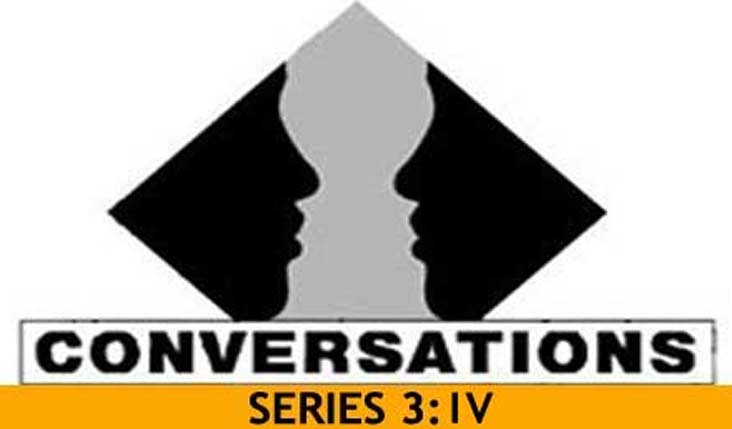 Gaurav Chavan: Do you have any conviction in “peace talks” between our two nations? Do you think they can ever come up with a rational resolution towards peace? How much confidence do you have in your government?

Ramsha Jahangir: There were hopes that the Foreign Secretaries’ meeting (cancelled) would pave way for the resumption of the stalled peace process between the two nuclear-armed countries. Meanwhile, one of the reasons for hostile relations between our countries is the lack of trade and economics inter-dependency.

History tells us that one of the most effective tools for enhancing relations among neighbors is to develop trade, which eventually reduces hostilities. Customs clearance, dispute resolution and testing are the key issues that have long plagued business in the region. Over the last decade, India and Pakistan, the two largest economies of South Asia, have succeeded in more than doubling their per capita income. Both economies have also managed to sustain a growth trajectory.

Gaurav: Why do you think there is a poor global perception of Pakistan? Do you think the West portrays you correctly? What is it that you like about us, about India?

Ramsha: It is human nature to accentuate the negatives rather than the positives. Pakistan is a state under chaos, undoubtedly. But once you get an insight to what ordinary people thinks of this nation, the perception drastically changes. August 14th is still a day of a celebration; people want to exhibit patriotism. Nationalistic culture still prevails but fails to dominate due to the unstructured and unbalanced rule perpetuated by higher authorities.

I met a couple of foreigners over the past few months. When I asked them why they came to Pakistan and how they liked it here, as a Pakistani myself I was surprised at how enthusiastic they were to discover this hidden treasure. They expressed immense gratitude and admiration for this country. Security conditions aside, the culture, the people, the architecture, the traditional values of Pakistan are still wonderful. I’d like to quote what the event booker of SXSW had to say about my country; “It is like travelling on the sea, you float till you reach the end… except there isn’t any.”

India and Pakistan share the same cultural values and no matter how much may one deny it, people have similar standards of living.

The first thing that comes to my mind when I hear ‘India’ is the deep-rooted culture it signifies. Pakistanis perceive India as their traditional rival, but that does not hinder the cultural exchange. Women in Pakistan obsess over Indian jewelry and dresses. Chefs adapt cooking techniques from India. The media industry is strongly influenced by Bollywood. In fact, you will be surprised to see how often people confuse Hindi and Urdu. The language spoken has become a mixture of the two!

India is equivalent to Pakistan to me. People here often don’t think of travelling to India for tourism since they believe there isn’t much of a difference between the two. But I am drawn by the anthropological and historical implication of the cultural sites and locations in India. Taj Mahal is as famous in Pakistan as it is worldwide. The Indian film industry has played a huge role in promoting tourism. I was surprised to know that Chennai does not look like how it was portrayed in Chennai Express. Otherwise we are grown seeds of the same soil.

We don’t see how interdependent we are on each other. We subconsciously place reliance on our life and style. India and Pakistan are separated geographically, politically and economically, but socially the link persists. I’d ask Pakistanis to look around and contemplate on your daily routine, what significance does India hold in your life? If you failed to identify any… unsubscribe from your TV operators now!

Do people in India share a mutual opinion or is there anything Pakistan distinctively holds? Do you often witness Pakistanis in your land? How does it feel to know one?

Gaurav: We do witness Pakistanis around art and photography as I mentioned earlier in reference to Mehlum. But the funny part is, how do you identify them as Pakistanis as they look like us!

Read Gaurav’s reply and a continuation of this discussion in the next installment of the Conversations series in Aman ki Asha.Gaurav Chavan lives in Mumbai; he is a copywriter by profession but prefers being a thinker. Ramsha Jahangir in Karachi is a Social Science student; she is a thinker at will, a writer by choice.