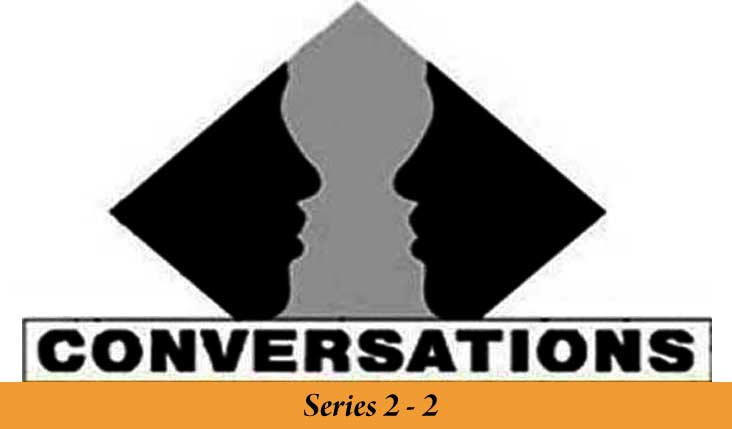 I am doing well. It was a hectic week, with enough fun packed in though. Being a school teacher is exciting, especially my interaction with students. They bring joy and meaning to my work, infuse it with affection and humour. However, parts of this job, like any other, can be daunting. I have been looking forward to the weekend. It feels nice to begin my Sunday writing a letter to you.

You wanted to know what my students thought of Pakistan. Sure, I would love to tell you. They really enjoyed their five-day stay in Lahore, as part of the Exchange for Change programme run by Routes 2 Roots in India and the Citizens Archive of Pakistan. Three students from my school Shishuvan were part of this – Mahesh, Aditi and Siddharth. After our return, Mahesh said, “The people we met in Pakistan were very friendly and they were willing to mix with us readily. I would tell Indians to forget all what they have read, heard or seen because it is all nonsense. Pakistan is just like India and the people there are very friendly, and it is a great place to be.” His only regret was that we were in Lahore for a very short time. He wanted to visit more schools, roam around the city, and buy a lot of gifts for his family and friends.

Aditi had gone expecting a lot of burqa-clad women on the streets but she was surprised to find hardly any. After we returned to Mumbai, she said, “I loved visiting the schools. The students and teachers were extremely nice. The Badshahi Mosque was beautiful. And it looked even more beautiful at night. Pakistan is a lot like India. Lahore has a little bit of both Mumbai and Delhi in it. They are like us. They aren’t terrorists. That is just stupid, saying a particular country is filled with terrorists. It’s not like people don’t get killed at all in India. Also, Lahore has amazingly delicious naan! And their newspapers are very interesting.”

Is that an Indian in Lahore? Chintan at Jahangir’s tomb, Feb 2012.
Photo: Siddharth Gopal.

Siddharth did not say much but he thoroughly enjoyed his visit to Lahore. He was busy looking around, relishing the food, shopping, and clicking photographs at all the places we went to. It was evident that the trip had done something to him. A month after the trip, when I met his mother in school, she shared animatedly how happy she was that her son got to travel to Pakistan since that is one experience she would not have been able to give him on her own.

As for Jinnah House in Mumbai, I would be happy to go across, and send you some pictures. I haven’t been there yet, so that’s something to look forward to. A month ago, I came across a street named after Allama Iqbal. I will get you a picture of that street sign as well. It is heartening to see people like yourself take the initiative to document and photograph important old structures, shrines in particular. That’s an important step towards keeping alive a shared cultural heritage that is under threat from divisive and sectarian forces.

Waiting to hear from you, especially updates from the Pakistan-India Social Media Mela in Karachi! I wish I could have been there.

How are you doing, I am well. I am in Lahore now after attending India Pakistan Social Media Mela 2012 in Karachi.

It’s really nice to read about the expressions and feelings of the students. This is the same question I asked the Indian delegates who attended Social Media Mela. They said that they are feeling like it is home. Not much difference between Karachi and Mumbai or Delhi.

I think events like India Pakistan Social Media Mela should be held more frequently. Cyber space doesn’t have borders and we can be in touch here freely but it’s really a great feeling when you actually meet people from across the border. People to people interaction must be encouraged. As I overheard someone say at this event, “The distance between me and Pakistani government and the distance between you and India government is far more than the distance between you and me” – and I agree. During the event it was really nice to meet Sanjay Rajauna, Venkat Ananth, Onir, Sabbah Haji, Jugal Mody and others from India.

Some days ago I came across a tweet by the famous cricket commentator Harsha Bhogle, about his ancestral house in Lahore – @bhogleharsha: my mother tells me that as a child she lived at 10 hospital road, anarkali in Lahore. Anyone knows if it still exists…what state is it in? (17 Jun 12). I couldn’t miss this opportunity to locate this place. And finally I located it. Surprisingly, that old building was in good shape and some families live there.

Chintan, I have an idea for a photo-blog, collecting images of places named after Indian cities in Pakistan and vice versa. We can work on it together and collect a large amount of photographs. And also locating the houses of people who used to live in Pakistan or India before partition and making an archive. We need help of more people from both sides for this. Moreover recently I recorded interview of my grandmother, she told me her life story, especially about the time before and during the partition. Sometimes I feel that we are passing through a very critical phase of history. This is the time we can preserve our heritage and collect maximum information about the past. History books are not just enough.

I may spend some more days in Lahore and then shall go back to Rawalpindi. During this time I would like to visit Anarkali, the walled city of Lahore and the tomb of Mughal emperor Jahangir and Queen Nur Jahan. Shall take pics and show you.

Hope to see you some day, soon.