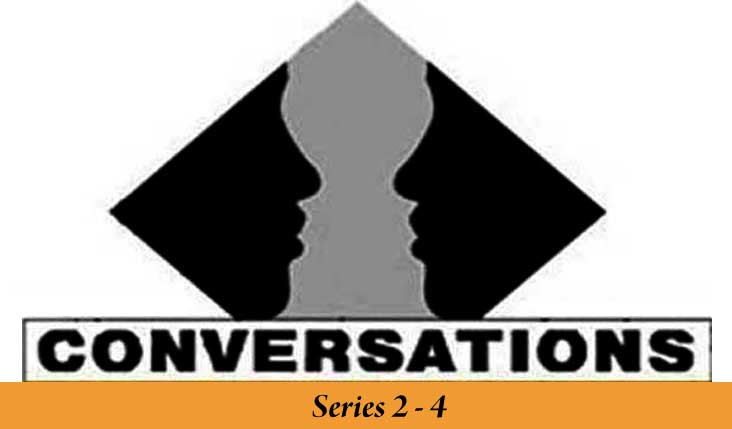 Hope you’re doing great, soaking in the beauty of the monsoon.

I just got back from a four-day trip to Bangalore. I was there for a conference called ‘Archives Southasia’, which brought together a lot of archivists from different parts of Southasia. It was my first time at a gathering attended by people from Nepal, Pakistan, Burma, Bangladesh and India – all in one place. Utterly fascinating! I find it heartening to meet people who’ve put in years of dedicated work towards something they deeply believe in, and yet manage to retain a sort of lightness about the way they carry themselves.

You must look up Punjab Digital Library run by Davinder Singh and Daljit Ami. They’ve managed to digitize about 7 million pages of text so far from manuscripts produced in East as well as West Punjab. Their work is supported by locals as well as members of the diaspora. It was a pleasure meeting them.

I also cherish my conversations with Salima Hashmi from Lahore. She talked about Faiz Ghar at the conference, and gave a public talk about contemporary art in Pakistan. It was quite exciting to see the bold stuff happening in the world of art out there, especially because it is in a milieu that is so hostile to creative expression. Salima-ji is really inspiring. She’s warm, spunky, charismatic, and has a brilliant sense of humour.

By the way, I briefly mentioned you at the conference. People loved your idea of a collaborative photo archive that would document pre-partition homes of people who had to migrate in 1947. In fact, some of them volunteered to help us out.

You wanted to know about Ramzan in Mumbai. It’s quite a significant festival here. Some of my colleagues fast during the month. It requires a huge amount of self-control. Mohammedali Road in Mumbai is the quintessential ‘phirni’ place. When I was at university in Hyderabad, the Muslim students used to host lavish iftar parties that were open to all. By the way, I noticed you wrote Ramzan, and not Ramadan. Is it a matter of spelling or political choice? Would you say it is some what like the difference between saying Khuda Hafiz and Allah Hafiz?

You asked if I’ve been to Anarkali in Lahore. I don’t think so, unless I landed up there and didn’t know it. We must go there together. Every Lahori I know talks about the place with great enthusiasm. It seems to be one of those neighbourhoods that lend character to a city.

I will now go and crash. The last few days have been very taxing. It is good to be back home. Time to rest!

How are you doing, nice to hear about your Bangalore trip. It must be fun meeting all delegates from South Asia. I always love to attend such meetings where you have a chance to interact with people from different regions, share your ideas, tell your stories, and listen to their tales. It’s really nice to know about your meeting with Salima Hashmi. She is such a nice lady. I interviewed her last year for a magazine. The way she explains her own work, her childhood memories and Faiz sahib is really worth listening to.

And yes, it’s really hot and humid here in Islamabad. We might have rain tonight.

I shall check Punjab Digital Library, thanks for the recommendation. In Pakistan there hasn’t been much work regarding Punjabi language. There are just few Punjabi websites; we need to do a lot more to get Punjabi poetry and folk-tales online.

Recently my dear friend Osama Motiwala visited Islamabad/Rawalpindi. Like many Karachiites he had heard of the ‘boredom’ of the twin cities. So, instead of spending time in lavish restaurants I decided to show him the real face of the city and not its facades – the old, but glamorous and exciting side. We roamed around the different bazaars and streets of the old city of Rawalpindi. Thus started and continued our journey!

Wandering through the narrow streets of the old city one cannot ignore the amazing architecture of the pre-partition era – the magnificent buildings, beautiful wooden doors, the Chobaraas and Jharokhas. Imagine life here some 100 years ago when these areas were best known for the people who lived here! A gurdwara, temple and mosque, all in one lane – now that’s pluralism! But then, partition wreaked havoc. What happened at the time of partition is a heart wrenching, sad history.

Today the narrow streets of the city force us to revisit history. They tell us a sorry tale of being neglected and in ruins but still holding itself – strong.

We visited Shah Chan Chiragh Shah, the shrine of a Muslim saint inside the narrow streets of the old city. There we found an abandoned Gurudwara Baradari. Some migrated families were living there, but they welcomed us inside and allowed to photograph that landmark. Roaming around in the area we found a magnificent piece of architecture, Haveli Soojan Singh. A four-storied building, it must have been a gem of its time but sadly now in ruins. I hope the government and other concerned department will act to preserve such landmarks. One feels really sad to see such beautiful heritage in ruins.

Chintan, it’s really nice that you talked about archiving pre-partition houses to other people, I think we should start working on it. We need to involve more people, of course. Lets materialize this project, as it’s a thankless job so we need more commitment.

Ramzan here is going well, ten days have passed. So you can see more crowds at public places after iftaar time – Eid shopping has already started. You asked about Ramzan or Ramadan. I think this should not be an issue. We write as we speak. We call it Ramzan in Punjabi or Urdu. As far as Khuda hafiz or Allah Hafiz is concerned, again, I think saying ‘Goodbye’ should not be a serious matter. One can say whatever he likes. Allah Hafiz or Khuda Hafiz, for me both are same. By the way I like to say Rab Rakha (Punjabi, means Khuda Hafiz).

I am looking forward to see some images of Ramzan in Mumbai.

Hope to see you soon