70 years on: Make the borders porous 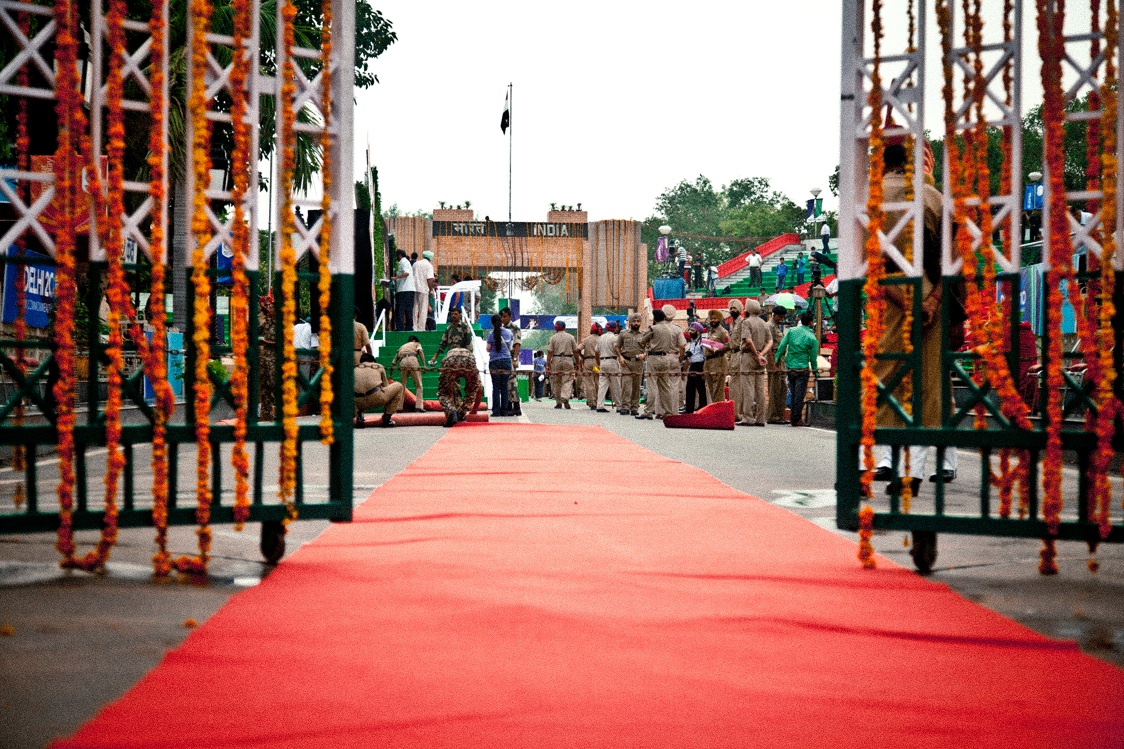 “Let’s make our borders more porous rather than making a spectacle of ourselves by jingoistic heckling on the Wagah border”. Photo: Shiraz Mukarram.

This August we look back 70 years of the Partition of India — essentially the vivisection of Punjab and Bengal. Bengal of course had been partitioned earlier, while the prosperous and thriving province of Punjab — where different communities co-existed peacefully — underwent a traumatic division in 1947.

Today, there is a frenzied effort to record oral histories of the few remaining survivors, researching this historic event. For too long, the study of partition was confined to the politics of the two nation states, while glossing over the human aspect. Over the past two decades, a number of scholars have sought to rectify this aberration and some seminal work has focused on individual experiences of individuals on either side.

Among the efforts that stand out is the 1947 Partition Archive spearheaded by Guneeta Singh Bhalla, based in the USA. This oral history project is a compilation of over 4,000 stories of Partition survivors.

Another commendable effort is the Partition Museum in Amritsar which opened in October last year. Initiated by Kishwar Desai, the Museum contains artefacts, stories and recordings of the survivors, and will be formally inaugurated on August 17, 2017 by the Chief Minister of Punjab, India, Captain Amarinder Singh. Captain Singh in his previous tenure played a stellar effort in promoting cultural and economic ties between both Punjabs. The presence of his counterpart, Pakistan’s Punjab Chief Minister would have made the occasion truly historic.

The 1947 Partition has been a significant part of my persona as a child of affected families, as well as a historian. I recollect in my growing years my response to the very mention of Partition or Lahore from my parents and grandparents — “Here we go again!” or “not again!”

Like most Punjabis, my entire family had been affected by Partition and bore the indelible scars of that angst. For growing children, it was impossible to fathom the nostalgia they felt for their lost homes left behind and virtually half a lifetime. For us, my grandmother’s comparing everything to Lahore or her nostalgia for her palatial new home which she had just walked out from, was monotonous.

The cousins would ridicule the oldies who on their morning walks would talk endlessly about Lahore. “What else will they discuss but Lahore?” scoffed one cousin. Years later, I saw a group of Lahoris at the India International Centre, New Delhi, who reminisced their Lahore days together. Pran Nevile, the author of Lahore: A Sentimental Journey (Penguin, 1993) is part of this group.

As I grew up and developed an interest in Partition and interacted with scholars from overseas, I began to empathise with the nostalgia and pathos of my parents and in-laws. My father as an army officer had been in charge of the evacuation of refugees across the border. I realised that I had long been ignoring these priceless sources of oral history in my own home. Meanwhile, in my capacity as a historian, I began to realise that our textbooks tend to relegate the other story of August 1947 – the painful and traumatic partition.

Gradually I began to interview and record my father. As for my in-laws, their amazing story of being engaged, then losing touch with each other in the chaos of Partition, and then coincidentally meeting again at a refugee camp post-Partition has been covered by global media. Their belongings which they carried across are the only concrete receptacle of the painful episode.

I must credit my younger son Tridivesh Singh Maini who was a shade better than me. Growing up, he viewed his grandparents as raconteurs affected by the moving sagas of Partition. He co-authored a book, ‘Humanity Amidst Insanity: Hope During and after the Indo-Pak Partition’ (2009), with two Pakistani journalists, Tahir Malik and Ali Farooq Malik, highlighting acts of Muslims rescuing non-Muslims and vice-versa. These were miniscule streaks of humanity in this phase of barbaric insanity.

For me the best part of the entire saga is that it led me to taking my parents back to their roots in Lahore. They had a beautiful closure as they experienced the warmth and bonhomie of the people who now lived in their abandoned utopia. And the two objects my in-laws carried across the border – an embroidered coat and a leather briefcase — are on display at the Partition Museum in Amritsar for posterity to see.

Hopefully, the generations to come will draw lessons from this painful episode which had a tumultuous impact on innumerable lives. Both countries will pay heed to the sagacious advice of former Indian Prime Minister, Dr. Manmohan Singh, to make our borders more porous rather than making a spectacle of ourselves by jingoistic heckling on the Wagah border.

Dr. G. K. Maini, a New Delhi based historian, retired from the Punjab Education Service in 2009. Her areas of interest include Partition and the Political Economy of Punjab.

Let them come home Coming up to 70 years... Singing for peace