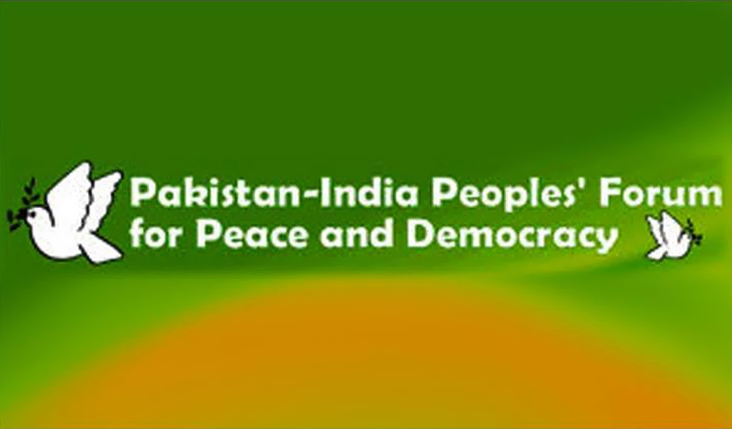 Lahore: The 25 years celebrations and the ninth Joint Convention of Pakistan-India People’s Forum for Peace and Democracy (PIPFPD) will be held in Lahore in March this year. Almost 115 Indian delegates, including social activists, artists, actors, scholars and poets, will participate in the event. They would reach Lahore via Wagah border.

This was stated by Muhammad Tahseen, convener of PIPFPD, during a meeting of PIPFPD National Committee held at HRCP secretariat here on Saturday. It was decided the joint convention of the forum would be held in the first week of March in Lahore this year.

Ms. Kishwar Naheed, PIPFPD president, Islamabad, said the members of the forum led by I. A. Rehman had met Sheheryar Khan Afridi, minister for state for interior, last week. She added that the minister assured that the government would provide full cooperation wherever required especially with regard to facilitating the clearance of visas for 115 Indian delegates who would be coming to Lahore for the convention.

The list of the Indian delegates has been provided to the ministry for action at its end.

It was decided that there would be 150 Pakistani delegates from all over the country who would participate in the joint convention. The programme committee will finalise the programme.