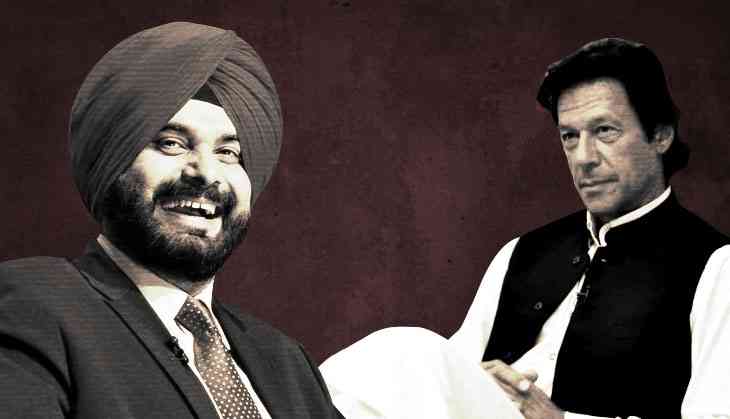 As Pakistan’s cricketer-turned politician Imran Khan takes oath as prime minister, the Sikh community the world over wonder whether they will ever be granted easy access to their holy sites in Pakistan.

The coming year is particularly significant as it marks the 550th birth anniversary in November 2019 of the First Guru of the Sikhs, Guru Nanak Dev, who spent the last years of his life at the historic Gurdwara Darbar Sahib in Kartarpur, Narowal district, in Pakistan.

Over the past two decades, civil society activists from Punjab, India, US organisations like the Institute of Multitrack Diplomacy as well as large sections of the Sikh diaspora, have called for visa-free access to Gurdwara Darbar Sahib. In 2010, India’s Punjab assembly passed a formal resolution in support of a ‘religious corridor’ from India to Pakistan to facilitate visa-free pilgrimages.

The Pakistani government’s response has been positive. In May this year, Pakistan’s deputy high commissioner to India, speaking at a function in Ludhiana stated, “We are considering India’s request to develop a corridor between the two religious sites”. However, a formal decision is awaited.

India too understands the relevance of the demand for the religious corridor, but cites ‘security issues’ as the main obstacle. Shashi Tharoor, head of the Parliamentary Committee on External Affairs and former minister of state for external affairs had visited Dera Baba Nanak, India, in May 2017.

Commenting on the demand for such a religious corridor, the committee stated that there was a: “….long-pending demand of people for establishment of an exclusive corridor from the Indian side to Gurdwara Kartarpur Sahib through which pilgrims can pay homage without any visa or passport.” Tharoor had commented that, given the current tensions between both countries, going ahead with this corridor appeared impossible.

As India and Pakistan celebrate 71 years of independence, Gurdwara Darbar Sahib, Kartarpur, is just one illustration of how Partition led not just to mass migration and personal tragedies, but also how communities were separated from their historic religious shrines.

Sikhs in their Ardaas (daily supplication) continue to pray for access to gurdwaras in Pakistan. In 2006, they received a glimmer of hope when a bus service was launched between Amritsar-Nankana Sahib, under the regime of former Indian prime minister Dr Manmohan Singh.

The Sikh diaspora has also continued to lobby with the Pakistani government to renovate the gurdwaras, as well as for easier access — which has been impeded by tensions between India and Pakistan.

As Pakistan’s new government takes oath, it remains to be seen how ties between India and Pakistan will shape up. In recent years, Sikh pilgrimages to Pakistan have been largely unaffected except for more than three occasions in 2017, when religious pilgrims were sent back at the last minute.

The Guru’s 550th year celebrations provide a good opportunity for both the Pakistani and Indian governments to work together and set up a religious corridor for a week, as requested by the Sikh community worldwide. Joint seminars could also be held where scholars from both sides may discuss the relevance of Guru Nanak Devji’s philosophy not just in the context of Punjab and the Sikh community, but all of South Asia, which is afflicted by similar problems of poverty, and intolerance and militancy in the name of religion.

The Pakistani government could also move ahead on the Baba Guru Nanak International Project that was initially to be set up at Nankana Sahib. The project was shifted to Islamabad, with the EPTB citing land acquisition as the main impediment).

Indian Punjab’s minister for culture and tourism, Navjot Singh Sidhu, himself a former cricketer has been invited for Imran Khan’s swearing in ceremony. At a press conference on August 2 this year in which he praised Khan, he had rightly suggested that celebrations of Guru Nanak Dev’s birth anniversary could begin from Pakistan.
Said Sidhu: “That is where I see hope. I am seeing an ‘umeed ka suraj’ (dawn of hope). I see him Imran Khan) as an instrument of (sic) realising the dreams. I want to take my Chief Minister Captain Amarinder Singh to Nankana Sahib to start the celebrations of the 550th birth anniversary of Guru Nanak.”

To begin with, India and Pakistan could allow Sikh pilgrims access to Kartarpur Sahib as well as other religious shrines. Cultural links between the people of both countries are currently largely restricted to movies, TV dramas, ghazal concerts and cricket. In this scenario, the Sikh heritage of Pakistan (especially the legacy of Guru Nanak Dev) is an important component that has been captured very well by books like ‘Walking with Nanak’ by Haroon Khalid and ‘Lost Sikh Heritage in Pakistan’ by Amardeep Singh.

The next step would be to start easing the visa process. One of the reasons the Amritsar-Nankana Sahib bus service has not been successful is because it is so difficult to secure a visa for the other side. In this respect, setting up consulates in Amritsar and Lahore would be an important step.

Many believe that Guru Nanak Dev’s humanitarian philosophy can bring both countries closer. At this point, all eyes are on India and Pakistan to see whether they will make a break from the past to grab this opportunity — or continue to allow other issues to take centre stage.

The writer is a Delhi-based policy analyst associated with The Jindal School of International Affairs, OP Jindal Global University, Sonipat, India. This article is a slightly modified version of the one first published in The News, Aug 15, 2018, in collaboration with Aman Ki Asha.