A cross-border marriage, 25 years on 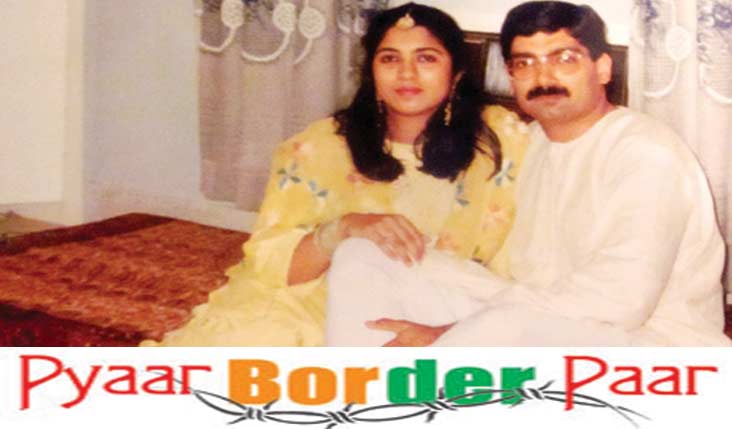 We argued, we fought, like any other couple. But we made it, thanks to our conscious decision to not let cross-border politics derail our relationship

(Wonder what you said, wonder what I heard, but we still made it.) 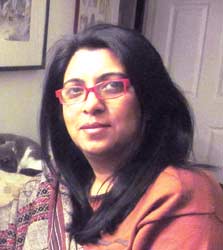 I am sure I am not the only South Asian who finds a Bollywood song that feels like it was written for them.

This month, on 29 January 2015, it will be 25 years since we got married. Time seems to have passed in a blink. Not that it has all been a smooth walk through a garden of roses. But, occasionally traversing thorny paths, we have managed to emerge more resilient.

Being politically aware individuals, and as a Pakistani and an Indian respectively, both my husband and I knew it would be hard to prevent cross-border politics from affecting us. However, early on, after many thoughtful discussions, we vowed not to make our home a battlefield of political taunts. At the same time we used our political concerns to rise above emotional rhetoric and develop an objective outlook. When pessimists dismissed our aspirations of peace we would come up with statements like: “When fractured bones can heal why can’t India Pakistan relations?”

We learnt to be sensitive enough to respect the idiosyncrasies of our extended families on either side, and ignore those who used our presence as a cue to trigger India-Pakistan debates or even, I dare say, hate.

To my good fortune, my husband was strong enough to not take to heart the mocking of everything Pakistani by some of my Indian relatives when he visited India. I had my share of outbursts with his family in Pakistan only to mature with time and learn that what really mattered was our relationship and not what rest of the world said.

Looking back I can say we worked hard, really hard, to maintain our sanity. At times we went out of our way to shield each other from the hyper-patriots of our respective sides. And then consoled each other with, “Pity their ignorance; they don’t know what they are missing.”

We argued, we fought, like any other couple, but never over border politics. We needed to raise children who were confident and not confused about their identities and who could stand up as beacons of harmony, not hate.  We are honoured that our two children grew up loving both countries, both peoples, and cherishing the beauty of their differences.

India-Pakistan moments came to our home only as jokes.

My son would ask his father, “Why did you have to marry an Indian who cooks bhindi?”

Pat would come the response, “Because she wore a bindi.”

As little children, they made valiant warriors and proud ambassadors for both sides. What more could a mother want?

My Indian family still remembers how a cousin joked with our five-year old Fatima during a picnic in Delhi: “Tumhara Pakistan ganda hai.” (Your Pakistan is dirty).

She responded innocently: “But the roads are dirty in India too. And like this Qutub Minar, Pakistan has a tall Minar-e-Pakistan. It is in Lahore. Mummy says Lahore is like Delhi.”

And how my son came to my rescue when in Pakistan, an extended family member in a gathering remarked, “The Ghauri-II missile has a range to reach up to New Delhi.”

My wide-eyed six-year old Ismail came running to me and whispered in my ear, “Ammi, no one can bomb Delhi. Don’t worry, Nani and Nana will be safe.”

All my anxiety and anger dissipated as he gave me a tight bear hug, insisting, “Hold me tight too Ammi.”

When they were little, the children were also teased in school that their Indian mother was a ‘traitor’. There were tearful moments for them, but there were far more occasions to rejoice and be able to enjoy the best of both places.

As adult now, my daughter takes pride in introducing herself as the “daughter of an Indian mother and a Pakistani father, who learnt very early that there are loved ones and not enemies on the other side.”

My son enjoys supporting both cricket teams, and even switching loyalties depending on which team is performing better.

Visa for us have not been a challenge except for occasionally. However, it is always painful to see how other divided families struggle for an almost impossible-to-obtain visa.

What hurts is the hatred spewed on electronic or social media that is so unnecessary, when what the region needs is positive energy.

It hurts that the naïve on both sides fall easy prey to rhetoric, not realising that conflicts feed only a few hawks both sides. Why don’t they understand that with peace, everyone wins and with conflict we all lose.

It hurts that vested interests refuse to resolve age-old issues or move on to strive for a bright future for the billion strong youth of the region.

It hurts that our meager resources are spent on nuclear arsenal and war mongering, rather than being channeled to alleviate hunger, disease and poverty.

(I wish to ask both India and Pakistan, Will you fill the hungry stomachs with weapons?)

It hurts that we exchange dead soldiers and arrested fishermen instead of exchanging of knowledge, expertise and resources from each side.

It even hurts that the people who are so close culturally and geographically are kept miles apart by almost impossible visa policies.

More than everything else what hurts is the fools we make of ourselves in front of rest of the world by our reputation as nations with multiple common enemies including poverty and violence against women, yet we are fighting each other.

I retort as always, “Yes, we have the same DNA too.”

“Do you think peace is possible between your countries?”

“Do we have any other choice, but to peace? We have fought three wars and been involved in several conflicts. It’s time we give peace a chance for regional cooperation and coexist as peaceful neighbors.”

To those who understand Urdu, I simply quote Jagannath Azad’s couplet:

(Let the lines that are drawn by politics stay, But it is time for hearts to mend the gap).

The writer is an Indian gynecologist married to a Pakistani. She dreams of a world without wars. Email: [email protected]. Blog: http://thinkloud65.wordpress.com

Build on goodwill, not hate Re-visiting the past