A Dastango who left the stage too soon 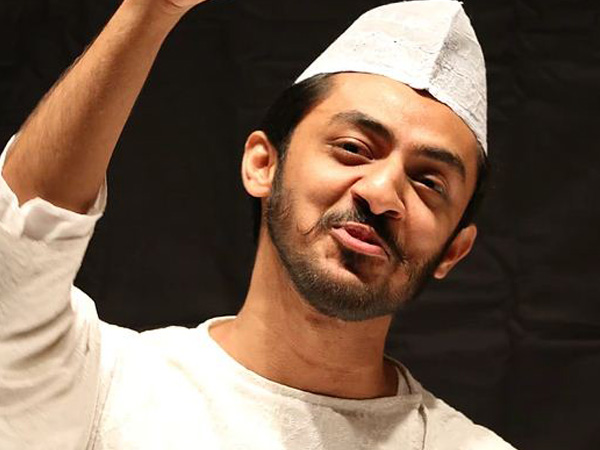 The young man with smiling eyes who I had met in Lahore in October 2013 has left everyone who knew him teary-eyed. When I read on the social media about the death of the young and talented Ankit Chadha in a drowning accident in Pune, I was as shocked and grieved as my Toronto-based friend who had shared the tragic news. Soon I was reading numerous other posts and online news about the tragedy.

Ankit, 30, was known around the world as a hugely talented raconteur. Based in New Delhi, he had come to the Children’s Literature Festival (CLF) organised by Idara-e-Taleem-o-Agahi (ITA) and Oxford University Press Pakistan (OUP).

He had crossed the Wagah border with other participants and observers from India. That’s when I had met him. Five years ago, barely twenty-five, he already excelled in the centuries-old Dastangoi art of Urdu storytelling. The children loved him, and adults appreciated him even more.

He was already known for performing research-based Dastangoi narratives, having written, translated, compiled and performed stories under the direction of his mentor Mahmood Farooqui. At the CLF Ankit was introduced in the following words:

“Ankit Chadha is a writer-storyteller who brings together performance, literature and history. He is a regular speaker at children’s literature festivals and has performed at leading schools of India and has collaborated with authors and NGOs to make reading programmes more effective for schoolchildren by implementing storytelling techniques. Additionally, he has conducted workshops for teachers and students on creative writing. His writing has varied from research-based biographies of personalities like Kabir, who form an essential part of India’s cultural history, to modern adaptations of folk tales that have been passed on from one generation to another through oral tradition.”

Dastangoi is a marriage between literature and performance. Dastangos or storytellers use their voice to invoke a story’s characters. Early Dastangos of Iran told tales of magic, war and adventure, and borrowed freely from the Arabian Nights, storytellers like Rumi, and storytelling traditions such as the Panchatantra, among others. The Indian stream of Dastangoi added elements such as aiyyari (trickery) to these tales. In Pakistan, theatre actors Fawad Khan, Nazrul Hassan and Syed Meesam Naqvi trained at National Academy of Performing Arts are leading Dastangoi proponents.

Using Dastangoi to introduce traditional as well as contemporary stories, Ankit added innovations to the form by performing ‘Musical Dastaans’, bringing together stories and music. For children, he adapted classics like Alice, and The Little Prince. He also authored two award-winning books for children: “My Gandhi Story” (Tulika Publishers, 2014) and “Amir Khusrau – The Man in Riddles” (Penguin Random House India 2016).

In one sitting, Ankit could make his audience laugh at a funny story and evoke lumps in the throat in the next one. In April, he went to New York, Boston including Harvard University, and New Jersey on a Dastangoi spree. His last Facebook page status says:

Tragically, he drowned in a lake at Pune on May 9, three days before the event.

In one of the many Kabir and Gorakh stories Ankit related, he wowed his audience by narrating how Kabir took the form of a wave in the river in which he was hiding from Gorakh who was unable to find him.

Having immersed himself in the works of Kabir, Amir Khusro, Dara Shikoh, Majaaz and other greats and made waves around the world, Ankit is perhaps also hiding in a river, as one of its waves.

Rumana Husain is an artist, writer and storyteller based in Karachi.