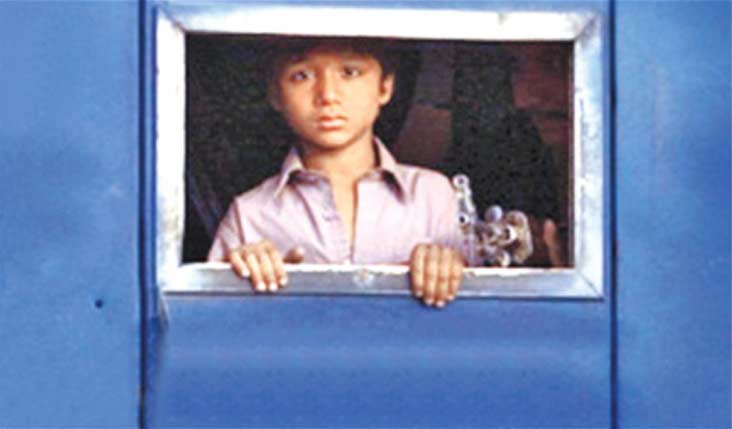 There are echoes of Mehreen Jabbar’s groundbreaking film Ramchand Pakistani in the story of 13-year old Ateeq Ahmed from Shahdara, Lahore, who ran away after his father scolded him for kite flying.

The much younger, fictional (but based on real life) Ramchand in Tharparker runs away after being scolded by his mother. He inadvertently crosses into India, followed by his father. The Indian authorities arrest them both. They are released years later.

Ateeq too landed in India by mistake, was arrested and sent to prison. Unlike Ramchand who received no legal aid and was unable to inform anyone back home about his whereabouts, Ateeq’s father Malik Iftikhar Ahmed got a call from an Indian advocate asking for details about the boy, whom he had come across in the juvenile prison in Hoshiarpur. The father then contacted Lahore-based advocate Asad Jamal who approached various activists. The respected bureaucrat turned activist Harsh Mander drew the case to the attention of Childline India Foundation, a 24-hour emergency phone outreach service for children in distress, in 83 cities/districts in India.

Efforts by Childline’s North Regional Resource Centre led to contact with Kuldip Singh, from another organisation in Ludhiana, who on Feb 18 spoke to the supervisor at the juvenile jail. He learned that Ateeq would be taken to Amritsar (so near from Lahore and yet so far) on Feb 19 to appear in court.

Alerted by an email message from Pakistan, The Hindu deputy editor Siddharth Varadarjan sent a reporter to attend the hearing Ateeq. According to the report subsequently filed (‘Just 13, scared, lonely and on the wrong side’, by Sarabjit Pandher, Feb 20, 2010), Ateeq “had no idea that the train he was on was the Samjhauta Express”. The report continues:

“That was on January 11, and over a month later now the youngster is desperate to go home. A student of Class VII in a government school in Lahore, he sorely misses his mother, little sister and the group of friends he used to hang out with. Even his father’s scolding is a sweet memory compared to the unfriendly, scary place that is currently his fate.

“On Friday, the bewildered boy, along with 15 others, was produced before the Principal Magistrate for Juvenile Justice, Ajaib Singh, at the Amritsar district court. Sharing his handcuffs was a 15-year-old from Bangladesh. The Pakistani boy looked at his handcuffs, and plaintively asked this journalist if he could not be forgiven his ‘small mistake’ and allowed to be reunited with his family.

“He recalled that he and his friends had idled the whole day, and when the time came to go home, he panicked. He ran to the railway station and hopped on to the first train he saw. When Indian Customs officers found him travelling without any documents, they handed him over to the Government Railway Police at Attari railway station.

“But even this was nothing compared to what followed. The boy was taken into custody, after which the authorities slapped various sections of the law against him for running afoul of the Indian Passports Act and the Foreigners’ Act. No recoveries were effected from him. He has since been lodged in the Juvenile Prison in Hoshiarpur district.

“Dressed in grey jeans, a matching full-sleeved pullover and rubber chappals, he watched in anguish and longing as families of local juvenile detainees crowded outside the courtroom. Some had a small reunion with their wards. But there was no such luck for the boy whose pleas for permission to make an overseas phone call to his family were turned down by the severe-looking Punjab Police guards.

“Seeing his plight, a sympathetic onlooker remarked: ‘The law should provide for such innocent kids to be deported immediately.

“The 13-year-old’s only hope is his lawyer D. P. Sharma. If he succeeds in getting him relief, he will be back home. Otherwise he can face up to five years in prison.”

The next hearing is fixed for Feb 26 – coincidentally, when Pakistan and India’s foreign secretaries are expected to be talking, after a long gap.

Ramchand Pakistani’s young protagonist remained in prison in India for years before being finally released. Here’s hoping that Ateeq’s fate does not mirror Ramchand’s beyond being arrested for border violation, and that he is reunited with his family at the earliest.