A time for dialogue, not confrontation 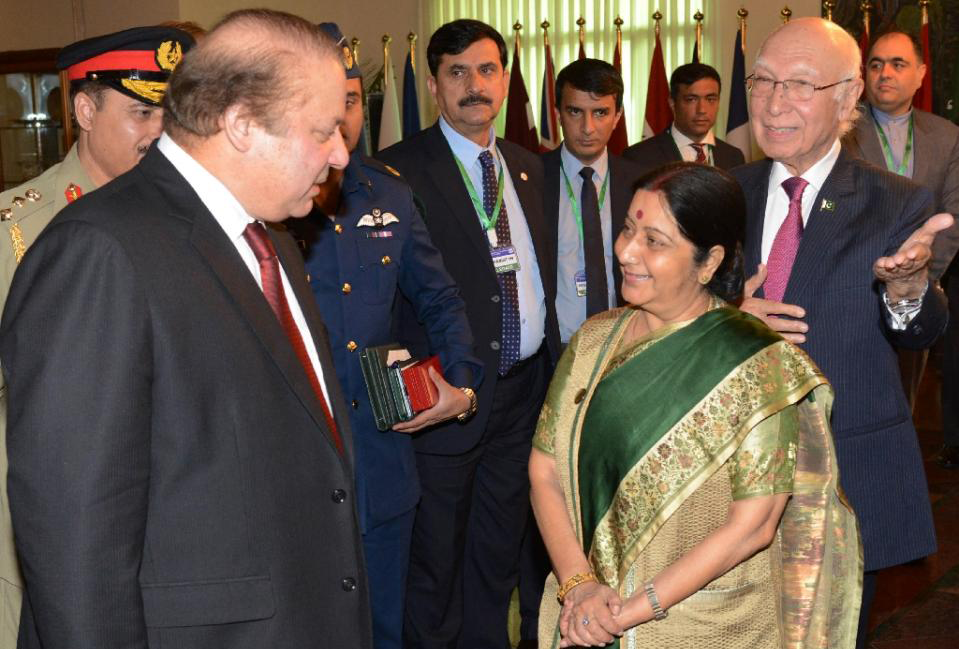 At a time when skirmishes and casualties along the Line of Control are the worst since the 2003 Ceasefire, the forthcoming “Heart of Asia” conference is a beacon of hope that India and Pakistan must seize upon to re-start dialogue

Translated from Hindi by Rashid Latif

What is the objective behind the current skirmishes between the armies of India and Pakistan (over LOC)? What will the two countries gain from these clashes?

The most the two leaders can gain is to tell their respective people that, ‘We have not let our pride be tarnished. They killed three of ours and we have killed thirteen of theirs. If they intruded 2 km into our territory, we barged 9 km into theirs.’

The people have no option but to believe in the heroic tales about their respective armies’ forays. But when they receive the caskets of their dead kith and kin, soldiers, and civilians living close to the border, then on each side the anger flares the emotions of revenge.

Here again the real question that crops up is, ‘Which of the two armies gains any strategic advantage out of this bloodshed?’ The answer of course is: neither.

Young soldiers’ lives on both sides are lost for nothing. These deaths don’t even achieve any political gains.

During the last few weeks the number of those killed have exceeded the number for a similar period over the last 13 years.  This is the most difficult period we are undergoing since the much-welcome Ceasefire of 2003.

The governments arrived at the 2003 Border Peace Accord solely to create a breathing space in which to find a mutually acceptable solution to the Jammu and Kashmir imbroglio. Instead, today we see that the situation in the Valley is totally out of control.

The two nations, instead of moving towards dialogue, are busy assaulting each other. Neither has Pakistan carried out any satisfactory investigation into the terrorist attacks on Pathankot and Uri, nor has India come forward with any initiative.

The de-monetisation of currency notes in India has created a nightmare for the Modi government. In Pakistan meanwhile, Mian Nawaz Sharif has many headaches besides the simmering trouble across the country’s western border following the retirement of Army Chief Raheel Sharif.

While attention is diverted elsewhere, the bloodshed along the Line of Control in Kashmir is highly alarming. Many fear that the tensions might catalyze a full-fledged war that neither country can afford – nor the world, given their nuclear capabilities.

Under such dark ambivalence, the forthcoming “Heart of Asia” regional conference at Amritsar next weekend (Dec. 3-4, 2016), is a beacon of hope. Dozens of diplomats from various nations will debate over the state of affairs in Afghanistan. Pakistan’s decision to send foreign affairs advisor Sartaj Aziz to participate is a welcome one. This opportunity can and should be utilised to re-start the India-Pakistan dialogue.

Note: Indian External Affairs Minister Sushma Swaraj had attended the Fifth Heart of Asia Conference in Islamabad, 2015. She and Aziz subsequently held bilateral talks and announced the resumption of dialogue between their two countries. As happens every time the two countries move towards rapprochement, this initiative too was scuttled soon afterwards following terrorist attacks in India.

This article is part of an occasional series by the writer, a senior Indian journalist, and the translator, a retired Pakistani civil servant. Their voluntary contribution to Aman ki Asha aims to promote greater understanding between the two neighbors.