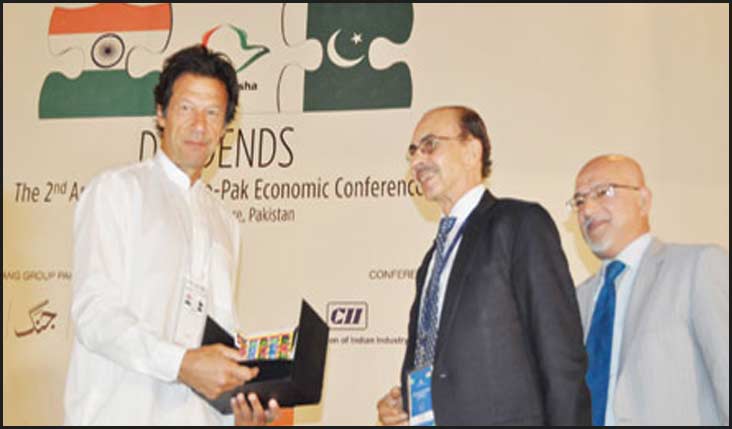 Pakistan’s major political parties, securityestablishment, civil society, industrialists and traders were taken on board, support thisinitiative aimed atproviding aplatform for peace Aman ki Asha was not started secretly in the dead of night for some malafide motives.

In fact, months before launching this peace initiative with India on January 1, 2010, Jang Group officials approached all the major stakeholders in Pakistan and briefed them on what was being planned.

Meetings were held with the government of the day, led by the Pakistan People’s Party, as well as with the opposition Pakistan Muslim League-Nawaz that now heads the government. Meetings were also held with civil society leaders, leaders of the business community, as well as Pakistan’s security establishment. The then DG ISPR Athar Abbas took Jang Group officials to then DG ISI Lt. Gen. Shuja Pasha with whom they had a three-hour long meeting at which Gen. Pasha asked detailed questions – why are Jang Group is doing this, what is the purpose, where’s the funding coming from, what will be discussed etc.

Aman ki Asha was aimed at providing a platform that would contribute towards ending regional tensions. Peace with India is the key to leading Pakistan on the path towards stability and progress. It would mean, a growth in the economy, and an overall move towards peace and prosperity.

For Pakistan, ending hostilities with India would mean being able to divert the billions of rupees that are spent on defence, towards social sector and vital infrastructure – the ability to build thousands of schools, hospitals, bridges and other infrastructure. This would contribute to a reduction in infant mortality, increase in literacy, employment opportunities, and overall wellbeing of the people.

All the stakeholders – political leadership, security establishment, civil society, business community – saw the merit in these arguments and the benefits that would accrue to Pakistan from such a move. In fact, at the end of the meeting with the ISI, DG Gen. Pasha, extending his support added, “We are partners in Aman ki Asha.”

All of them agreed that Jang Group had the credentials and resources to make this happen. They were with Aman ki Asha and remain with us.

The Jang Group has termed PTI chief Imran Khan’s allegations against Aman ki Asha for being anti-Pakistan and receiving outside funding as “totally baseless”. Interestingly, PTI leaders Asad Umar and Shafqat Mehmood have been part of Aman ki Asha right from the start.

“The government gave us 200 percent support. We went to all the political parties – PML-N, MQM, PTI, JI. They all endorsed our efforts. Now, some have made a u-turn,” says Jang Group Managing Director Shahrukh Hasan. “It is sad to see how our own people, just to advance their politics, are lying about this, slandering us, trying to ruin people’s reputations.”

All the stakeholders agreed that Jang Group had the credentials and resources to make this happen. They were with Aman ki Asha and remain with us.