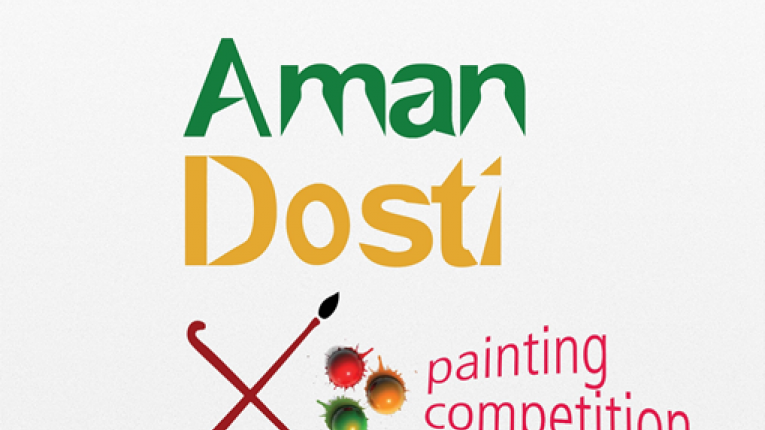 Pakistan India People’s Forum for Peace and Democracy (PIPFPD) is organising Aman Dosti, a ‘Best of Luck’ campaign for both Indian and Pakistani teams in a very unique way before the 2018 Men’s Hockey World Cup in Bhubaneswar, India.

The relationship of both the South Asian neighbours India and Pakistan have been mostly hostile since their independence. The bilateral sporting ties have suffered a major setback especially in recent years. After many years a Pakistani sports team is visiting India for the Hockey World Cup. PIPFPD an organisation which has always believed in peaceful relationship between the two countries and is working towards building a better relation between the people of India and Pakistan, wants to also engage sport and art as a tool in fostering peace making.

The idea behind this initiative is to involve children and engage them to ‘think peace’ and love their neighbours so that when they grow up they can succeed where generations before them failed for more than 70 years. Sports and art can be the best tools to involve children in peace making since both are universal language. Hockey is a popular sport in both countries and the game has given both India and Pakistan their first recognition in a global sport arena.

PIPFPD also plans to organise various other programmes around the World Cup.

The competition has three simple steps:

In each category three prizes will be given out for this competition under:

We hope to see lots and lots of children participating in Aman Dosti on both sides of the border and beyond.

Rahul Mukherji is a freelance sports writer and independent Olympic Games researcher. This piece was originally published at sportanddev.org