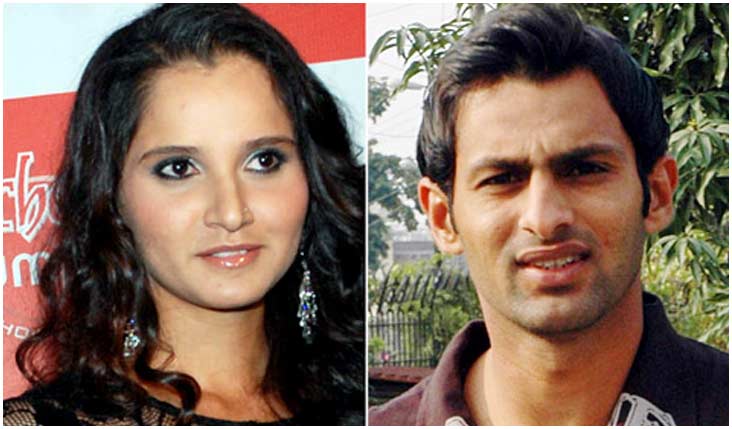 While on one hand the tennis star is drawing flak for choosing to become a ‘Pakistani bahu’, on the other, her supporters are wishing her a happy married life irrespective of the geographical boundaries .

Amid all the hullaballoo surrounding the ‘hows’ and ‘whys’ of Sania’s decision, a thought that does arise is – why are we making such a big deal about her marriage? Who we marry, where we settle is a personal choice and so much of noise about it is really not in good taste, and this is also what Sania is heard saying on all the news channels.

If she is willing to marry a Pakistani, isn’t it a step, albeit a baby one, to strengthen Indo-Pak ties? From starting buses to making movies and bringing singers from the two countries to croon to the tunes of unity, we have done et al in the name of bringing the countries together. Then why is there such a hue and cry when two people decide to walk together across the geographical boundaries?

Singer Kailash Kher, one of the torchbearers of the Aman Ki Asha campaign, which was aimed to strike a cordial chord between the two nations states, “The relationship between two countries and someone’s personal life are two different subjects. However, peace in ones personal life is dependent to a large extent on peace between the nations. As people are sensitive on both the sides, it is tough to comment on what lies ahead for Sania.”

But why is there a question mark on cross border marriages? “Well, the future will obviously be tentative as we cannot be sure considering the animosity which exists between the two nations. There is immense socio-political pressure in these situations, though culturally Indian Muslims may be the same. Sania is right in taking her own decision, while those who are reacting are also justified in their own way. One can’t even say why she looked outside for a soul mate. Yahan bhi kaafi achche ladke hain, kuch toh asar pada hoga uske dil pe jo unhone ye decide kia. Those are her personal thoughts; it’s better we don’t comment on them,” …

Defending Sania’s descision and heralding her right to take a call on her personal life, social activist Madhu Kishwar retaliates, “Let’s keep aside the relations between the countries just for a moment – even if the two countries are at war, still she has all the rights to marry someone who is her choice. She’s not expected to make a politically correct statement through her marriage. She’s not supposed to bear the burden of being the peace ambassador for the two countries.”

At the same time, concerned about the future of cross-border marriages Kishwar avers, “In a marriage set up like this, a bigger concern than peace and harmony between the countries is the question that will the marriage be able to survive the difficulties usually akin to inter country marriages like these. Tables can turn and rather than harmony, such a marriage can even ignite uproar.”

Sania’s close friend Rakshanda Khan, who was unaware of Sania’s plan to marry Shoaib was a little surprised initially, but then exclaimed, “I feel that marriage is a personal decision and not necessarily to strengthen inter-country relations. As a friend, I can only wish Sania great happiness and rather not judge her decision.”

If these were the little jittery but supportive Indians, on the other side in Sania’s sasural, Miss Pakistan Ayesha Gilani, who has already started to address Sania as Bhabhi’ is quite happy with this communion and regards it as a ray of hope for Indo-Pak relations. “I think this marriage can prove to be an example of Pakistan and India relations. Of course they may not represent the two nations, but at least people can look up to them as a beacon of hope and peace for Pak-India relations,” said she in an interview to IANS .

This is what the world is talking, what’s your opinion?