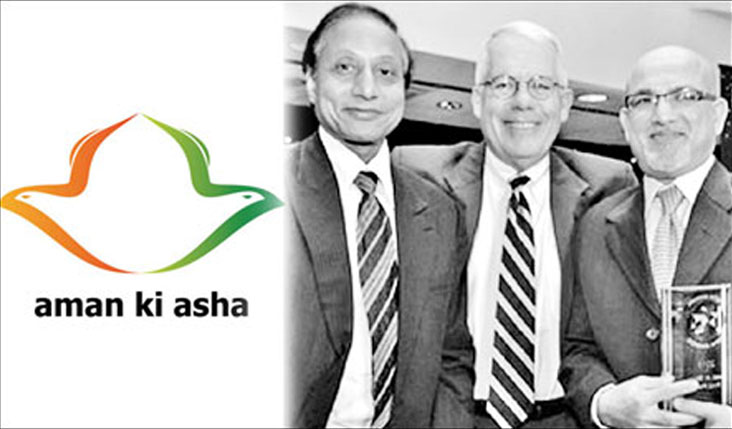 Aman ki Asha received the Best in ‘Brand Awareness Across Platforms’ award in over 300,000 circulation category, and the coveted ‘Best of Show’ award for being the best campaign in all categories.

Judges hailed Aman ki Asha as a ‘game-changer’ in India-Pakistan relations, as a corporate social responsibility campaign looking beyond the contentious 60-year-old political border between the two countries to find common ground via a cultural exchange, conflict resolution, and commerce opportunities.

Group Managing Editor Jang Group Shahrukh Hasan and CEO Times of India Group Ravi Dhariwal accepted the awards on behalf of their companies. Mr Dhariwal also has the additional honour of just being elected as the new President of INMA.

‘This is the greatest initiative and most powerful campaign I have ever seen in my years of being with INMA,’ said former INMA president Eivind Thomsen, a Senior Vice President of Schibsted, Norway, which received the third place in ‘Best of Show’ awards. ‘I found it very moving, beyond politics,’ he added.

Second place in ‘Best of Show’ went to The Gazette, Montreal for its long-term ‘Words Matter’ campaign showing its reverence for words. The awards were presented at the conclusion of the 81st Annual INMA World Congress at the Sheraton Hotel & Towers in New York at a dinner attended by more than 200 top media executives from around the world.

‘Competition was particularly fierce for the Best of Show awards this year,’ said Earl J. Wilkinson, executive director and CEO of INMA. ‘Yet these three top campaigns were really breakthrough in impact and creativity. What they all have in common is a determined focus on brand, often a key differentiator in today’s crowded marketplace.