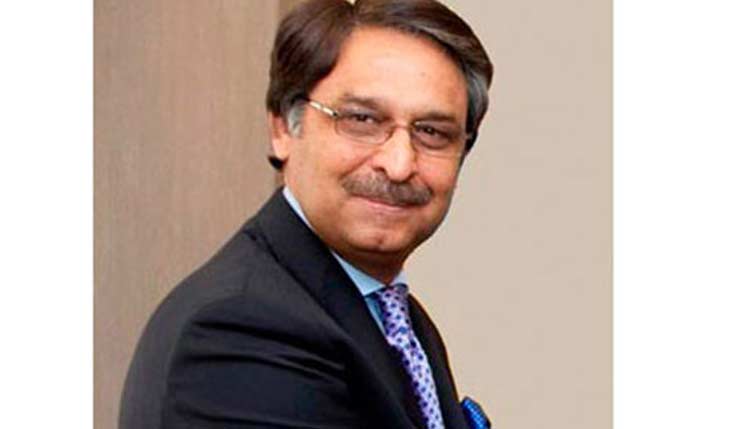 ISLAMABAD: Foreign Secretary Jalil Abbas Jilani on Thursday rejected Senator Babar Ghauri’s statement it was rumoured in the media that ‘Aman ki Asha’ programme was being run with foreign aid. He was speaking during a meeting of the Senate Standing Committee on Foreign Affairs.

The committee asked the government to raise concern at an appropriate international forum over the statement of an Indian official that the Indian government was behind the Mumbai attacks.

The committee met at the Parliament House with Senator Haji Muhammad Adeel in the chair. The committee was given a detailed briefing on different issues including the statement of an Indian official that Indian government was behind attacks on parliament and in Mumbai.

Adeel also asked Jilani about further update on talks with the Taliban. Jilani said Pakistan supported peace and reconciliation efforts in Afghanistan and will continue to play a facilitating role to persuade the Afghan factions, including the Taliban, for talks.

Some members also sought the latest development about involvement of Hindu extremist groups in Samjhota Express bombings.Adeel asked the Ministry of Foreign Affairs to explain its position in this regard, as the issues were extremely important.

Jilani informed the committee about the development reported in the press about the terror attacks. He said Indian Home Ministry’s Under Secretary RBS Mani had accused senior Indian Police Officer Verma of telling him that the attacks were launched by the incumbent Indian government with the objective of strengthening counter-terror legislations.

Jilani pointed out that this was not the first time that such revelation by an Indian official came out, as same confessions by Indians surfaced in the past; however, the process of getting full information was still going on.

Regarding Samjhota Express bombings, Jilani said the investigation report of the incident had not been shared so far. He further said steps were being taken to revive the composite dialogue process and dates were being finalised in this regard.

Adeel said the issues need to be highlighted at appropriate forums.Senator Sehar Kamran noted that he could not ignore the development because it was very serious and questioned how concerns were shared with the international community. She also underscored the need for a border security mechanism between Pakistan and Afghanistan.

Senators Farhatullah Babar, Abdul Ghafoor Haidri, Jehangir Badar and others also expressed their point of view on the issues pertaining to Pakistan-India and Pakistan-Afghanistan relations.

Testimonials A matter of the heart