An Indian in Lahore 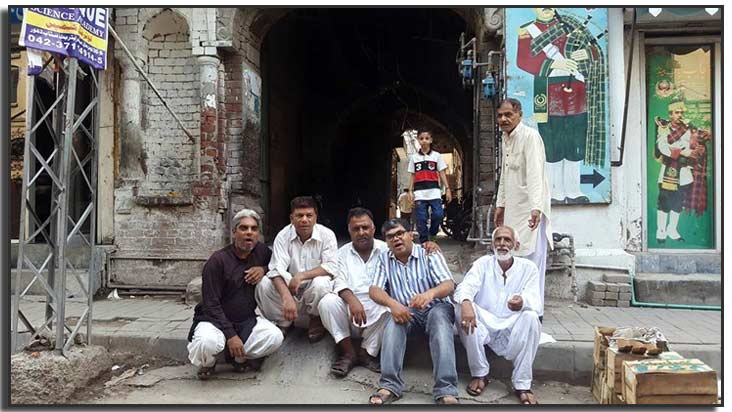 Hearing that I was going to visit Lahore, my friends and family thought I had lost my mind. They feared for my safety in the “enemy country”. They couldn’t have been more wrong

“I do not want to visit Delhi any more. I am angry and very sad,” said my host, the well-known progressive writer Saeed Ahmed. He had sponsored my Pakistan visit visa and on reaching Lahore, I had reciprocated by inviting him to visit India. I wasn’t prepared for his response.

“Why did we build the nuclear bomb? To kill our own on the other side of the border?” he demanded, visibly irate and frustrated. “I do not want my country’s fighter planes load the bombs and drop them on Indian cities and villages. Indians should feel the same way.”

I had crossed the Attari-Wagah border earlier that day for my first ever visit to Pakistan. As I walked past the gate on the Indian side across to our neighbouring country, I felt a tinge of apprehension.

What if my friends and family were right about the risk I was taking by going there? Bollywood and the media had always portrayed Pakistan as this sinister place, teeming with intelligence agents following every move by Indian visitors as well as its own citizens. Could I really disappear, never to be heard of again?

Heading to the immigration office adjacent to the gate on the Pakistani side, an official who saw the blue Indian passport in my hand accosted me. To my surprise he directed me to the front of the queue. The seven or eight Pakistani passport holders already lined up didn’t seem to get mind that an Indian was being sent ahead of them.

The immigration officer greeted me with a smile and a welcome.

“A good start to my trip,” I said to myself

My friend Awais was waiting to pick me up. He drove me to the city in a car that looked identical to our Maruti Alto. As I looked out, taking in the view, the first thing that struck me was the good quality of the roads on the Pakistani side. There were no flyovers, fancy sky-scrapers or massive construction sites as we’re used to in Delhi, but good, honest roads with proper sidewalks.

The city of Lahore itself has more trees lining its roads and is greener than any city I have ever visited across North America, Europe, Asia or Australia. It is as clean as any of European city. It is as if the desi disease of littering, spitting and urinating in public hasn’t reached Lahore yet.

The other thing I noticed was that there were hardly any burqa-clad women. In my four days in Pakistan, I saw not more than half a dozen women in that all-enveloping covering. That was in complete contrast to what I had imagined, or what Bollywood had led me to believe. It was definitely less than the number of burqas I would have seen in an Indian city

On my first night in Lahore, my friends took me to visit the beautiful Liberty Market and M.M. Alam Road. Liberty Market was buzzing with Shab-e-Baraat festivities to celebrate the tk. A television crew wanted to interview our group and I was tempted to share my excitement about Pakistan but I held myself back. It is on the Indian side that people need to hear the Lahore story.

Walking down Lahore’s roads, people I spoke to would assume that I am from Karachi. When I said that I am from India, three things would inevitably happen. There would be a smile and an offer of tea or a cold drink, they would tell me how Pakistanis enjoyed our movies and TV programmes, and they would ask why India’s media and entertainment industry portrays Pakistan is such a negative light.

I had been worried that as a vegetarian I would find life difficult in Lahore, as many people has warned me. We were wrong. My friend Saeeda Diep made sure that I had fabulous vegetarian food throughout my stay. Saeed Ahmed’s wife Nusrat prepared a wonderful vegetarian Iranian meal. I was pampered like I have never been.

Saeed Ahmed was kind enough to give me a wonderful guided tour of Lahore, retracing Shaheed Bhagat Singh’s steps from where he killed British police officer Saunders. I saw the DAV School Boarding House with an Om sign at the top, the Laxmi Mansions, the Balak Ram Trust Building, the Lajpat Rai Hall with a plaque commemorating its inauguration by Mahatma Gandhi on 24 December 1929 and countless other marble plaques in government and private buildings naming people who would have perhaps migrated to the other side of the border, plaques with names of Hindus and cities that are now in India.

When I arrived at the D.A.V. School Boarding House, I was surrounded by locals and welcomed warmly. It was enough for them to know that I was from India. They wanted to convey their love to India and Indians. It was as if they longed to connect with those across the border, in complete contrast to the perception Indians have of Pakistanis. One local, Akbar Ali Kala, recorded an audio message of love for my friends in India

Later that day, I stopped to talk to a policeman. We shook hands. He was happy to know that I was from India, gave me his mobile number and asked me to contact him if I had any problems. He instructed the auto driver to take good care of me. He shook my hands firmly and bade me goodbye. Going back to my friend’s house, I wondered if I should have asked him for a hug.

Saeed Ahmed told me about his correspondence with Krishan Chander and Rajinder Singh Bedi. He told me how he desperately wanted to visit India at one time, but the Pakistani passport then was not valid for travel to India. He talked about how he felt during the India Pakistan wars and wished that we could end the madness. When I finally got him to agree to visit India in the autumn, I felt that my trip to Lahore had been worth it. I managed to connect with a lover of humanity and an India Pakistan peacenik.

Some Pakistanis may think of Saeed Ahmed as a “traitor” as he longs to connect with India while some Indians may look at him as an enemy because he’s Pakistani. When he travels to India, he will find it difficult to book a room in a hotel. He will be looked at with suspicion and would have to report to a police station on arrival and departure like a criminal on bail.

Returning to India, I felt very heavy and sad. “Manto was right. South Asians are the most insane people in the world,” I wrote on my Facebook wall. We are insane to have condemned ourselves to fear and hate.

The reason that ordinary Pakistanis are puzzled by the negative portrayal of their country in India is that they are unaware of the impact of Mumbai 2008 and other such incidents. The narrative they hear on their side is very different.

On our side, we look at Pakistan through “a monochromatic lens”, as Indian journalist Shivam Vij once observed in a radio programme. This lens obfuscates everything behind fear, suspicion and hate. In that monochromatic view, there is no place for a fraternal relationship. Fear if not hate become a self-fulfilling prophecy.

Back home, telling friends back home about my experience in Pakistan, one that I cherish, I urged them to visit the country for themselves. One of their mothers was not convinced. She said she would be worried about her adult child’s safety and security in Pakistan.

I can understand her fears. We in India have built up these myths about Pakistan that keep us reassuringly worried. We need the exaggerations to feed our paranoia. We need the comfort of the narrative that India is somehow a saint in a world full of wolves.

The author is an IT professional and a peace activist based in Ghaziabad, India. Email: [email protected]

4 thoughts on “An Indian in Lahore”