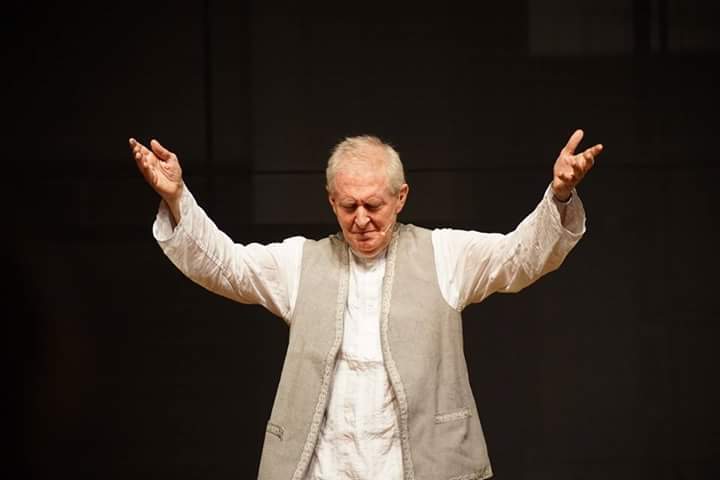 A pukka Hindustani: ‘My parents’ ashes are buried in Mussorie’

It was all set. Tom and I were meeting up in Dubai before his play Lal Qile ka Aakhri Mushaira on August 17, 2017. We were going to offer fateha together for the soul of his mother Barbara Alter, who had passed away in my hometown Boston in November 2014.

Barbara and I had become good friends in what turned out to be the last few months of her life. She was aware that I was a huge fan of Tom and his impeccable Urdu – not that hers was any less.

Tom had also graciously arranged two VVIP seats for me for the production, at the Sheikh Rashid Auditorium at the Indian High School.

I did not hear from Tom on arrival as we had agreed, but went ahead as planned.

Shortly after reaching the venue, I learned that Tom was unable to travel due to illness. I was of course disappointed but had no inkling about how serious his condition was. He had never mentioned the “c” word in any of our recent exchanges. The email I sent after the event to enquire about his welfare went unanswered.

A few weeks later Tom left the stage forever. The grace of his departure almost to be a part of his stage act. This is Tom unaltered.

Tom was a pakka Indian to his inner core. He would not have it any other way. His white American origin exterior hardly reflected his soul and inner fabric. His grandparents had landed in Chennai (then Madras) India in 1916 and had made their way to Lahore by train.

Their son James, Tom’s father, was born in Sialkot, a munda Sialkotia. James and Barbara got married in 1946. The partition of 1947 turned out to be a painful separation for the Alter family. While Tom’s parents decided to relocate to India, settling down in Mussoorie, Uttarakhand, his grandparents decided to remain in Pakistan.

Alter senior taught at Gordon College Rawalpindi, where he died of a heart attack in 1952. Tom’s mother continued to live in Pakistan, always claiming that all said and done, conditions in Pakistan were far better than across the border.

Tom was born in 1950 and went to school at Woodstock School, Mussoorie. His parents played an influential role in transforming Woodstock from a missionary school to an international school of repute. As a young man, Tom started teaching English at a Haryana school and also coached cricket.

Life-changing incidents happen to a lot of us, but not many get swept away by an impact of a single film. Aradhana was released in 1969 and Rajesh Khanna seemed to have cast a spell on Tom.  It was so intense that, that Tom moved to Mumbai to follow his dream of becoming another Rajesh Khanna. Soon he was enrolled in FTII Pune in 1972, graduating in the 1974 batch, with the likes of Shabana Azmi and Naseeruddin Shah.

Impeccably fluent in classic English and chaste Urdu, Tom was an instant hit in Bollywood. With his debut film Charas released in 1976, Tom was the most natural choice for any roles in period films or scripts with international smugglers or drug dealers. Ram Bharose, Kranti, Shatranj ke Khiladi, Parvarish, Gandhi and Kudrat followed soon. His role with his idol Rajesh Khanna in Naukri was well received and Hum Kisi Se Kam Nahin was another hit in his portfolio.

In the biopic Sardar, Tom stunned people by with his role of Lord Mountbatten. These roles were not enough for Tom’s blazing talent and his huge appetite for acting and drama. He was soon picked up for several Hollywood and art films as well as Indian TV serials.

Tom also started to write and his special interest in cricket took him to serious journalism, TV host and even occasional cricket commentary. But it was in theatre and stage where he made the greatest impact.

In 1977, along with Naseeruddin Shah and Benjamin Gilani, Tom formed a theatre group called Motley Productions. Their first play was Samuel Beckett’s Waiting for Godot, staged at Prithvi Theatre, Mumbai, in July 1979. He continued to perform at Prithvi Theatre, his latest being an adaptation of Muhammad  Basheer’s My Grandad had an Elephant on 7 June 2011.

Tom also worked with the New Delhi theatre group Pierrot’s Troupe. Besides his memorable title role of Ghalib, he was the lead actor in “Once Upon A Time”, a collection of five short stories presented as vignettes, directed by Sujata Soni Bali, and co-starring prominent stage actor and TV personality Sunit Tandon. The production was last staged in Mumbai on 17 June 2017. More recently, he played the poet Sahir Ludhianvi in another play.

My favorite is his solo play Maulana, based on Maulana Azad, for which he received much critical acclaim.

Try as I did, I could never decide whether his English was more captivating or his Urdu. It’s not just about his delivery for films or on stage. I cannot think of anyone of Western descent who spoke conversational Urdu as beautifully as Tom Alter dd. Only the Urdu word ‘shireeni’ (sweetness) does justice to describe his flowing speech accompanied by his piercing gaze.

On a personal note, he told me how fortunate I was to have spent more time with his mother in the last few months of her life in Boston than he did, as he was in India. I would not dispute that, for I really enjoyed every minute that I spent with her in my visits. Barbara and I always parted with a hug and “Khuda Hafiz”.

Tom was truly unique, in more ways than one. He could set the stage on fire single-handedly. For a white lad to conquer Bollywood, required an indomitable spirit, superior language and acting skills. Tom used everything he had.

In Tom Alter, the world of performing arts has lost a true gem. This Shakespeare quote describes him aptly:

“All the world’s a stage, and all the men and women, merely Players: They have their Exits and Entrances,

And one man in his time plays many parts. His acts being seven ages.” (As You Like It, Act II Scene VII).

Who would have done this act better than Tom Alter and in the process of doing so, enriched our lives in such an amazing way.

Siraj Khan is a Boston-based world citizen, a connoisseur of film music who is passionate about bridge building through art and culture. Email: [email protected] | www.opnayyar.org

#HelpJitendra, a fresh campaign to rescue runaway lad in Pakistan prison India, Pakistan and the ongoing fight for peace

2 thoughts on “Before and Alter”