Best option may be to continue current medicines 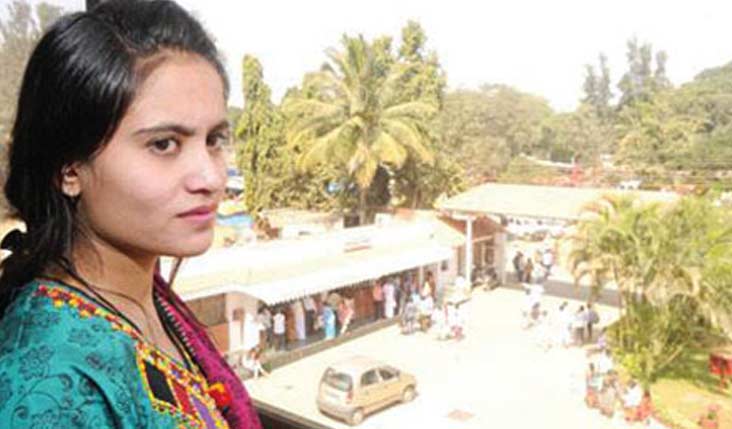 At the hotel, waiting for test results. TOI photo

Kiran Soomro Update
By Saswati Mukherjee B.
Young Kiran Soomro, who flew from Karachi to Bangalore with a lot of hope, is coming to terms with the fact that doctors at Narayana Health can’t help her.

Kiran, 17, reached the city on January 20 to get a hole in her heart fixed. However, after extensive tests, her heart was found to be inoperable. Doctors say she needs a heart-and-lung transplant.

Kiran and her mother Shamshad soak in the Banglore sun. They just heard that the operation will not take place. Photo: Konchadi Vasanth Pai

“Reports say her lungs are irreversibly damaged. In Bangalore, heart transplants are quite common but lung transplants haven’t happened so far. We’ve suggested the names of a few hospitals in Chennai where transplants can be done. Kiran is heartbroken,” Dr Devi Shetty, chairman of Narayana Health told TOI on Monday.

“Kiran was initially keeping to herself and not talking much since she heard of the transplant,” said her father, Sikander Ali Soomro.

Later, however, she spent a good two hours on video chat with her five siblings in Karachi, “giggling and in high spirits,” said Konchadi Vasanth Pai, 82, an Aman ki Asha volunteer in Bangalore who visited the family on Monday with his laptop so that the family could use Skype to communicate with the children back home.

Kiran’s condition was earlier evaluated as being a case for an open heart surgery, but after conducting an X-ray, echo and ECG, doctors said a transplant would be more feasible.

However, there are many complications with that option, including waiting within a 12-hour proximity of a hospital that would be able to perform the operation, for months, or more, until a matching donor is found.

The likelihood of a donor is greater in Chennai, where the number of brain-dead cases is higher than in Bangalore. “Preference is given to Indian nationals. We cannot register foreign nationals in Karnataka,” said Manjula KU, chief transplant coordinator, Zonal Coordination Committee of Karnataka for Transplantation (ZCCK).

Chennai also has several private agencies, public and NGOs that come together to successfully conduct transplants. “As soon as we have a deceased (brain-dead) donor, we get in touch and perform the operation. It helps to have an alert team and organized channel,” said Dr Sumana Navin, course director, Mohan Foundation, Chennai.

All transplants in Chennai happen under the Cadaver Transplant Programme.

If the transplant is to take place, the Soomro family will have to contend with another issue: they only have a visa for Bangalore and will have to obtain a long-term visa for medical treatment in Chennai.

“Obtaining a visa is not easy, but that’s the least of the problems,” says Samir Gupta, a volunteer with Aman ki Asha, a joint initiative between The Times of India and Jang Group in Pakistan.

The economics of treating Kiran are also getting complex. While bills could shoot up from Rs 2 lakh to Rs 20 lakh if the transplant happens, she will need medicines worth over Rs 10,000 each month after the procedure.

“We had arranged for Rs 2 lakh, but the amount of Rs 20 lakh makes it a little difficult. There are logistical problems too, as the family will have to stay back for an uncertain period in India,” said O.P. Khanna, the Rotary coordinator for this project.

Post-op care for transplant cases requires a long-term commitment for bi-monthly visits for check-ups to the hospital where the transplant takes place. Most dauntingly, the survival rate of heart lung transplant cases is not very high.

AKA and Rotary volunteers are exploring other options. Top cardiologists in India, America and other countries to whom scanned copies of Kiran’s reports were sent, say that the most feasible scenario appears to be for her to continue with the medications she was prescribed in Delhi last May. These medicines have improved her overall condition and quality of life considerably and may well allow her to live a reasonably healthy life for some years.

“We’ll take a call based on what is best for her health,” said Aman ki Asha (India) volunteer Samir Gupta.

Nitu Jiwnani, 26, Kiran’s friend and a classical dancer in Mumbai, says that Kiran says that she doesn’t mind as long as she is not bed-ridden. “I want to learn to dance,” Kiran told her.

“We’re ready to go anywhere as long as we know Kiran will get better,” said an emotional Sikander. The father, who sells chips for a living back in Karachi, has only one prayer on his lips: that his eldest child gets well soon.