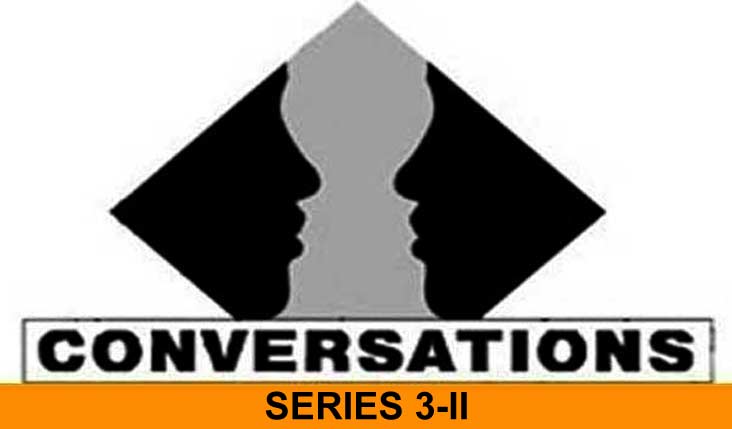 Gaurav Chauhan and Ramsha Jahangir continue their online cross-border coffee table discussion. The first installment of this conversation was published in Aman ki Asha on September 3, 2014.

Ramsha Jahangir ates in or supports it?

Gaurav Chauhan: Being honest with you Ramsha, Pakistan is mostly in the news only for the wrong reasons. The common man living in Pakistan may well be oblivious to this hatred we hear of and see, but how much do you think this common man participates in or supports it?

Ramsha Jahangir: I live in Karachi, the industrial hub of Pakistan, a busy city. My city is also called the city of lights is full of life yet individual peculiarities stand out as you pass down the streets. You see, life might be really industrialised here, but the traditional aspects still survive. Such is the juxtaposition that exists in Karachi. You will find all sorts of people here — Biharis, Punjabis, Sindhis,Balochis, Muhajirs, Pathans, even Gujratis. All in one place! Never have I witnessed such diversity in another province of Pakistan.

Given its economical significance and high level of street crimes, strikes, political unrest and other issues that affect security, Karachi meets the headlines often. You’ll often hear people exchanging experiences of being mugged at gunpoint. All this is of concern while investing in a long-term project but it still does not hinder the beauty of life in Karachi, in Pakistan.

To be honest, people here do not choose to flee abroad, they are forced to. As a free citizen here, nowhere in the world will you be welcomed with such pride and comfort. Unfortunately, Pakistanis suffer because those running this country lack direction. This nation was created to provide rights to people, not deprive us of justice. Over the years, the lack of evenhandedness has contributed to the downfall.

I see India differently. I see Indians struggling, but I also see them advancing while Pakistan seems to be constantly deteriorating. India being a geographically larger country and much more populated is subject to major failures too. It is difficult to deal with all provinces (states) evenly. The situation in the less developed provinces of India seems as daunting as in Karachi and elsewhere in Pakistan. Correct me if I am wrong; we are born of the same soil, are we not progressing at the same pace in terms of national uniformity?

The major setback Pakistan faces is the prevalence of pre-established power. Inconsistency in government threatens overall development and progress as does the transfer of power to the same political parties. Corruption exists everywhere worldwide, but when it is so dominant, it is hard to break.

Karachi: A city of contrasts

Pakistan’s provinces are divided by political parties, and individual interests. Often I wonder, am I a citizen of one nation or a state divided by four provinces? Pakistan struggles to establish a nationalistic culture. With time, instead of developing a united nation to further progress, the country is dividing within itself. This is where we reside in chaos. A state separated from its roots to safeguard and provide identity to Muslims struggles to find ownership today. Beyond green and white, there is a world where the moon resists its own light and the stars spar to shine. This is Pakistan today, a wanderer in search of power.

My question to you, Gaurav: Is India divided? What does Indians say about the current situation of Pakistan? Would you ever want to visit my country?

Gaurav Chauhan lives in Mumbai; a copy writer by profession, he prefers being a thinker. Ramsha Jahangir in Karachi is a Social Science student, a thinker at will, a writer by choice. Read Gaurav’s response, and a continuation of this discussion, in the next installment of the Conversations series in Aman ki Asha.