Breaking the Indo-Pak jinx: Why are we not moving on? 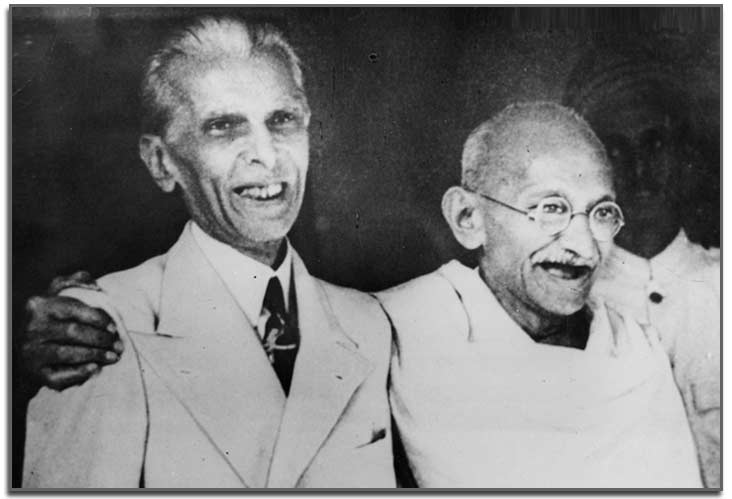 Nisid Hajari’s new book ‘Midnight’s Furies: The Deadly Legacy of India’s Partition’ probes the question of why India-Pakistan relations are so jinxed and so far from being like US-Canada relations, despite being culturally similar like the US and Canada

Often conflict is preceded by narratives of conflict. Once it breaks out, it acquires a self-reinforcing logic. This rolling stone does gather moss, lots of moss. It then requires the greatest of leadership skills to break the vicious cycle.

India and Pakistan are culturally similar, like the US and Canada. Yet India-Pakistan relations are jinxed, they are very far from being like US-Canada relations. Why that should be so is the question probed by a new book, Nisid Hajari’s Midnight’s Furies: The Deadly Legacy of India’s Partition.

This is a story that has often been told before, but usually from the point of view of all-seeing fathers of nations who lead their countries on a triumphal march (although catastrophes may occur, caused by machinations of their enemies). Else there is ‘history from below’.

But what if history, rather than being about the Mahatma or Quaid-e-Azam or even peasant insurrections, arises out of the granular interactions between Mohammed, Jawahar and Mohandas – who were influenced by their frailties and personal foibles? And what if the decisions those leaders took are still with us today?

Hajari offers a ringside view of history with compelling psychological portrayals of those who made it, suggesting that compromised relations between India and Pakistan may owe their origin to compromised relations between Jinnah and Nehru. This plot has many twists and turns, some of which may surprise those whose view of historical events is shaped largely by Richard Attenborough’s hagiographic film on Gandhi.

For instance, when Jinnah was a rising Congress leader and Gandhi returned from South Africa it was Jinnah, not Gandhi, who worried about mixing religion with politics, specifically Islam with politics. The fanatical Ali brothers, Mohammad and Shaukat Ali, were leading the Khilafat movement agitating to revive the caliphate (that goal succeeded almost a century later with the advent of Islamic State). It’s well known that Gandhi backed the Ali brothers. According to Hajari, when Jinnah opposed them he was booed off the Congress stage.

The deal famously brokered by Gandhi was that while Congress would support the call for reviving the caliphate, Muslims would give up cow slaughter. It’s interesting that these have become, today, central tropes of Muslim and Hindu fundamentalism respectively.

Jinnah and Nehru were birds of a feather. Both were committed Anglophiles – Jinnah wore precisely tailored Savile Row suits while Nehru needed to “discover” India. Hajari says they were both “proud, rigid men – and dangerously thin-skinned”.

But there were differences too. Nehru was born into a rich family while Jinnah came into his fortune himself. The latter displayed some of the inflexible uncharitableness of a self-made man. And for someone who later typecast Hindus as ‘banias’ – this would become part of the official ideology of the Pakistani state – he displayed remarkably bania-like traits himself: he would tot up his servants’ salaries and expenditures every day. It could be said that in the Jinnah-Nehru pair, hot-tempered Muslim bania met hot-tempered Brahmin aristocrat. Unpropitious for the future of the subcontinent.

Moreover, Jinnah’s political career nose-dived at the same time that Nehru’s took off under Gandhi’s tutelage. Gandhi engineered a radical shift in Indian politics, taking it out of the ambit of the well-heeled and educated and appealing to subaltern groups and the rural poor. Unfortunately, he did this through adoption of a Hindu idiom and appeals to Ram Rajya, leaving scope for the disaffection of Muslims.

Meanwhile Jinnah’s wife – with whom he had eloped following a tempestuous love affair – died young, probably by her own hand. As Hajari writes, “Nehru had usurped all the power, glory and romance that had once seemed Jinnah’s by right.”

An embittered Jinnah underwent a religious reincarnation. He dropped his Savile Row suits and turned himself out as a Mughal grandee. He launched Dawn, a newspaper which accused Congress of perpetrating a “holocaust”. Eventually, the blood-curdling rhetoric on its pages turned into a real holocaust.

Partition-era riots may have subsided now, but Hajari’s book raises the question whether we remain – as Saleem Sinai says in the opening lines of Salman Rushdie’s Midnight Children – “handcuffed to history”. The politics of 1947-48 is so chillingly contemporary that it induces a sense of deja vu.

Unofficially promoting its Kashmir campaign as a holy war makes it difficult for Pakistan to back down. It also sends law and order in NWFP – from where tribal irregulars are recruited for the covert war – for a toss. The official explanation is “Hindu gold” is being spread liberally in the mountains; both Afghanistan and India are stirring up trouble.

Politicians are deadlocked while zealots seize control of the narrative. There is answering fanaticism to what is happening in Pakistan from RSS (which Hajari mysteriously labels RSSS), with support from official quarters in India. That fuels further paranoia in Pakistan. The cycle continues.

In the era of the iPhone, we continue to play the same old gramophone record with scratchy tunes inherited from 1947. Can Prime Minister Narendra Modi, together with the two Sharifs (Prime Minister Nawaz Sharif and army chief Raheel Sharif) break with this inheritance and move us to a new track? To gauge the nature of the task, it will require leadership skills that Nehru, Jinnah, Gandhi and Patel did not possess.

Don’t go by past precedent but look to the future – that’s the only way to succeed.

2 thoughts on “Breaking the Indo-Pak jinx: Why are we not moving on?”