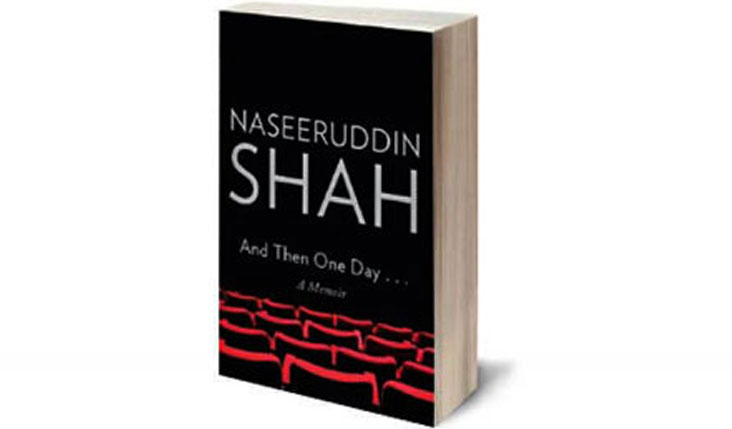 Well known Indian actor Naseeruddin Shah will participate in a question and answer session with director Meenu Gaur, at the Oxford University Press, Pakistan launch of his critically acclaimed memoir ‘And Then One Day’ on Monday, February 23 in Karachi. The book was earlier published by Penguin Books India/Hamish Hamilton, 2014.

Meenu Gaur is the co-director of the award-winning Pakistani film ‘Zinda Bhaag’, produced by Mazhar Zaidi and co-directed by Farjad Nabi, that stars Shah.

In a goodwill gesture on the day of India and Pakistan’s face-off on the cricket field in Adelaide, Pakistan repatriated 172 Indian fishermen and a civil prisoner on Feb. 17.

Pakistani and Indian coast guards routinely arrest fishermen from the other side along with their boats for crossing the maritime boundary. It is difficult to identify the territorial waters while fishing in the Arabian Sea.

Arrested fishermen often languish in jail even after serving their terms due to poor diplomatic ties between India and Pakistan. They also suffer huge damages due to loss of livelihood during imprisonment as well as the loss of their boats, costing Rs three lakh to 10 lakh.

Pakistan still holds 349 Indian prisoners after the release of these 173. The prisoners were transported from Karachi to Lahore by train.

The Third Indo-Pak Peace Calendar was launched in Chandigarh along with a peace seminar at People’s Convention Centre, Chandigarh, organised by Yuvsatta, Peace Club of Dev Samaj College of Education and Aaghaz-e-Dosti, a joint Indo-Pak initiative of Mission Bhartiyam, India, and The Catalyst, Pakistan.

The calendar features selected artworks by students from both countries, as well as messages from prominent personalities on both sides of the border. It was earlier launched in Delhi, Nashik, Panipat, Lahore, Karachi and Islamabad.

Speaking at the seminar, Prof. Ronki Ram of Panjab University said that an average Indian and a Pakistani share the same secret desire: to cross the border, at least once to see what people are like on the “other” side.

But “they will be highly disappointed because it is just the same,” he said. “We share a common history, a common language, a common culture and even a common desire among average Indians and Pakistanis. And it’s time to build these relations towards sustainable peace across South Asia.”

Visitors at the Exchange for Change 2014-2015 Lahore exhibition

The children’s stories are featured in a series of multi-media exhibitions titled ‘Crossing Borders’ that includes a giant interactive storybook, letters, collages, postcards and oral histories.

Organisers say that the project has negated stereotypical views of the ‘other’ and “has brought about a visible change in the perceptions of the young participants who will be the leaders of tomorrow”.