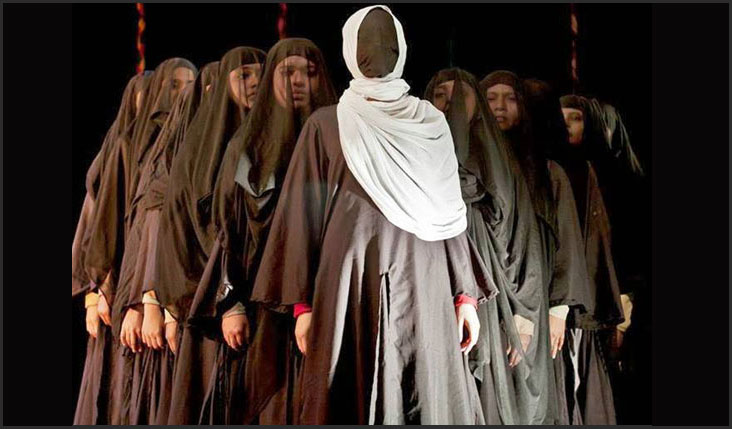 The true story of a heroic peasant woman in Pakistan was the narrative in one of the plays performed at Pratibimb, Reflections of Women in Theatre. The three-day festival held in Kolkata recently created a forum to highlight women’s voices through the performing arts.

‘Hum Mukhtara’ is a wondrously woven narrative based on the life and struggle of Mukhtar Mai, a woman from Meerwala in the Pakistani Punjab. The play, by the veteran Usha Ganguli, focuses on this remarkable woman’s battle, survival and moral victory over her oppressors. The powerful production brings alive the courage and fighting spirit of Mukhtar Mai.

A tribute to all women fighting for justice, the play is relevant not only to Pakistan and India but to countries around the world.

“The idea for this campaign actually came from the meetings I had with my team when we were still in the planning phase, trying to figure out what kind of a campaign we wanted to run,” says Maija Liuhto, Campaign Manager for Sarhad Paar (beyond borders), just launched by the international organization Beyond Violence www.beyondviolence.org.

“It was amazing to have Indians and Pakistanis working together as a team, and just the fact that they were able to talk to each other during our meetings on Skype was something really special. There is so little contact between them that just seeing them being able to interact with each other was very inspiring,” she told Aman ki Asha in an email.

“Having personally spent quite a lot of time in both countries, I have noticed there is a lot of desire for more people-to-people contact. The relationship between these two countries is so unique on so many levels; on the one hand there is so much bitterness and hatred, but on the other hand, if you dig a little bit deeper, there is still this underlying feeling of belongingness and love due to the shared history, culture and language.”

Sarhad Paar is an ambitious media campaign that aims to draw on stories of cooperation by the people of India and Pakistan. They have put out a call to Pakistanis and Indians to submit stories, photos and short videos that will be shared online each week with the hashtag a#SarhadPar.

The idea is to share and spread stories of times when you found help where you least expected it – from “the other side”.

Sarhad Paar hopes the end result will be a more constructive dialogue between the citizens of Pakistan and India.