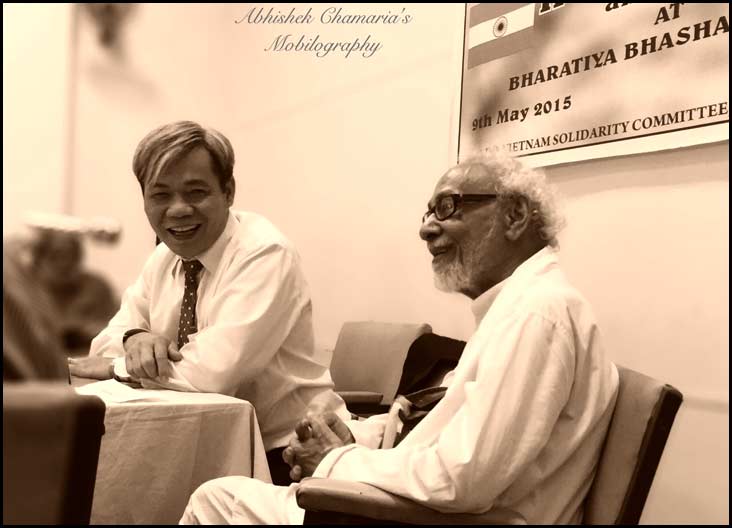 The two-hour long ‘Manto: A Retrospective’, is scheduled to start at 5:30 pm at the Tripti Mitra Sabhagaar, Paschim Banga Natya Academy today, Sunday, May 10, 2015.

The event, financed by private contributions from the organisers and their friends, is free and open to the public.

Kolkata’s senior most journalist Geetesh Sharma, 82, a well known supporter of peace, communal harmony, justice and secularism, is enthusiastic about the programme.

“I have always hoped for an amicable relationship between India and Pakistan and I shall keep taking this cause further, till I am able to do so. Saadat Hasan Manto was a phenomenal man. I am happy that people still remember him and hence, this tribute ceremony,” says Sharma.

The organisers plan to briefly introduce Aman ki Asha as an inspiring force behind their work.

Co-founded by S.M. Azhar Alam and his wife Uma Jhunjhunwala in 1996, Little Thespian is known as a melting pot for Hindustaani zubaan, taking forward the cause of promoting Urdu and Hindi literature. They were earlier behind the four-day event in Kolkata titled “Be-lagaam Manto” in 2012 to mark the writer’s birth centenary.

After the lamp lighting ceremony will be followed by a brief introduction of Saadat Hasan Manto and his importance in both India and Pakistan.

Lazzat-e-Sang, a 35-minute film from Pakistan based on the life and works of Manto titled premieres in India at this event. Written by Mudassar Mahmood Naaru as part of his graduation thesis (2013) at the National College of Arts (NCA), Lahore, it is directed by Muhammad Nazim, also an NCA graduate.

“Manto never erected walls around his art, hence his doors remain open for the dramatis personae — who populate our literature and society — to freely come and go. He saw, simultaneously, the past, present and future where only human beings constituted the ultimate truth and this is what the film thematically sought for,” says Naaru.

“By hosting this commemoration ceremony, we in India and Pakistan, through the platform of Aman ki Asha, believe that art and theatre is not confined to boundaries and legends like Manto. We believe that what unites us is much stronger than what divides us,” says Ruchhita Kazaria, one of the event’s organisers.

BOOKSHELF: Punjab ka Batwara If cricket be the food of better ties, play on