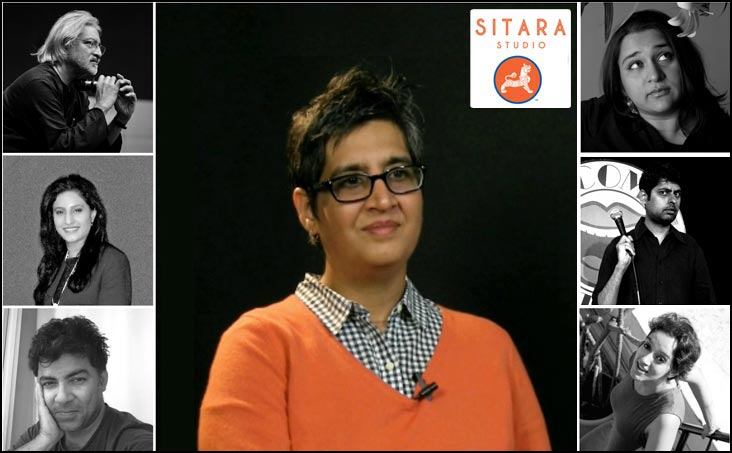 The Asia Society’s India Center is hosting an event to honour Sabeen Mahmud, founder and director of Peace Niche and a member of the Asia 21 India-Pakistan Young Leaders network, who was shot dead by unidentified gunmen in her hometown of Karachi on April 24, 2015.

Sabeens’s not-for-profit organization The Second Floor (T2F) aimed “to promote democratic discourse and conflict resolution through intellectual and cultural engagement.” Its doors were open for artists, performers and marginalized voices, providing welcoming and safe space for conversations, discourse and peace in Pakistan.

As an Asia 21 fellow, Sabeen was an advocate for building bridges between India and Pakistan and an activist for free speech. In her last hours Sabeen had organized and led a talk titled “Unsilencing Balochistan” at T2F.

Anand Patwardhan is an award winning documentary film maker who has been making political documentaries for over four decades, pursuing diverse and controversial issues that are at the crux of social and political life in India. His films include ‘Prisoners of Conscience’, ‘A Time to Rise’, ‘Bombay our City’, ‘In Memory of Friends’, ‘In the Name of God’, ‘Father, Son and Holy War’, ‘A Narmada Diary’, ‘War and Peace’ and ‘Jai Bhim Comrade’.

Danish Husain is a poet, actor and theatre director who runs his theatre company The Hoshruba Repertory. He is also a columnist, but is most of all known for reviving Dastangoi, the lost art form of Urdu storytelling, with Mahmood Farooqui.

Munizae Jahangir, an Asia 21 fellow, is an award winning TV journalist and documentary filmmaker currently working as an Executive Producer at Pakistan’s Aaj TV. Jahangir was NDTV’s Pakistan correspondent from 2004 to 2011 and now freelances for the network. She has focused on conflict areas and her documentaries include: ‘Battling the Taliban’, ‘Gangs of Karachi’, ‘Smuggling racket of South Asia’, ‘The Baloch Battlefield’, and ‘Pakistan: The War Within’.

Patchworks Ensemble founded by Puja Sarup and Sheena Khalid aims to create new, exciting and surprising theatre. Collaborating with artists from all fields, they create work that is meticulously pieced together involving storytelling narratives that place importance on the performer’s body. Their creations include, ‘Once upon an appletide’, ‘Ila’ and ‘It does wonders’.

Varun Grover is an engineer from IIT (BHU) with over seven years of stand-up comedy writing experience for Indian TV. His comedy is derived from milking the holy cows of society, stories from his middle-class upbringing, and bizarre politics and contradictions of our times. His comedy and musical show ‘Aisi Taisi Democracy’ is currently touring India. He has also written lyrics for ‘Gangs of Wasseypur’, ‘Katiyabaaz’, ‘Ankhon Dekhi’, and ‘Dum Laga Ke Haisha’.

Playing music back and forth BRIEFS: #KhelneDo! Resumption of cricketing ties?

One thought on “BRIEFS: Today in Mumbai, Sabeen Mahmud, dosti and democracy”