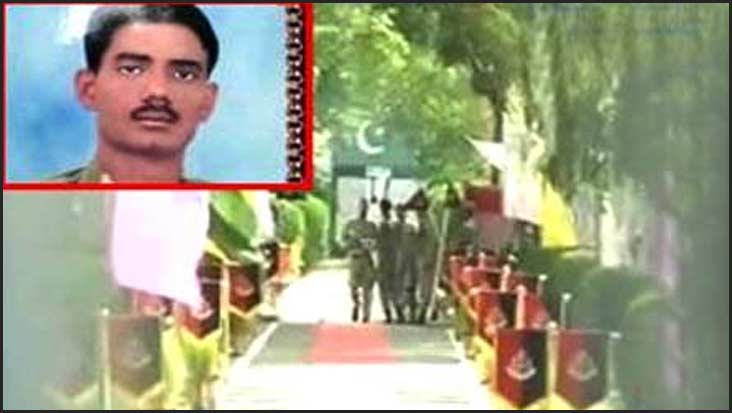 ISLAMABAD: A BSF jawan, who was swept away into Pakistan by strong currents of Chenab river and picked up by Pakistan Rangers, on Friday said he was treated “better” than his expectation and was looking forward to meeting his family. ​Satyasheel Yadav was released today and handed over to Indian authorities at the RS Pura sector in Jammu & Kashmir.

Yadav told reporters in Pakistan before he was to be handed over to BSF authorities that his boat accidentally strayed into Pakistan after it went out of control in strong river currents.

“My colleagues swam out but I did not know swimming. The boat took me into Pakistani territory. I jumped into water near a Pakistan post and was rescued by jawans of Pakistan Rangers,” he said in his narration of the events leading to his capture.

Yadav, flanked by Rangers’ officials, said he was made “comfortable” by them.

“They took my introduction. They helped me to the extent they could. They kept me better than what I had thought. I have no complaints. I am happy,” the 30-year-old jawan said.

Yadav was out on a patrol with three other personnel in the Paragwal-Khour sub-sector of general area Akhnoor when the boat they were travelling in developed a problem.

Indian officials have said when the patrol squad was negotiating a narrow bend in the river in this sector, the engine of the motorboat failed.

A rescue boat later sent to fetch the BSF men was taken by three personnel but Yadav got drifted in the strong current as the rope holding him snapped and he subsequently landed 400 metres away in the Sialkot sector of Pakistan where he was picked up by the villagers initially and then handed over to the Rangers, they said.