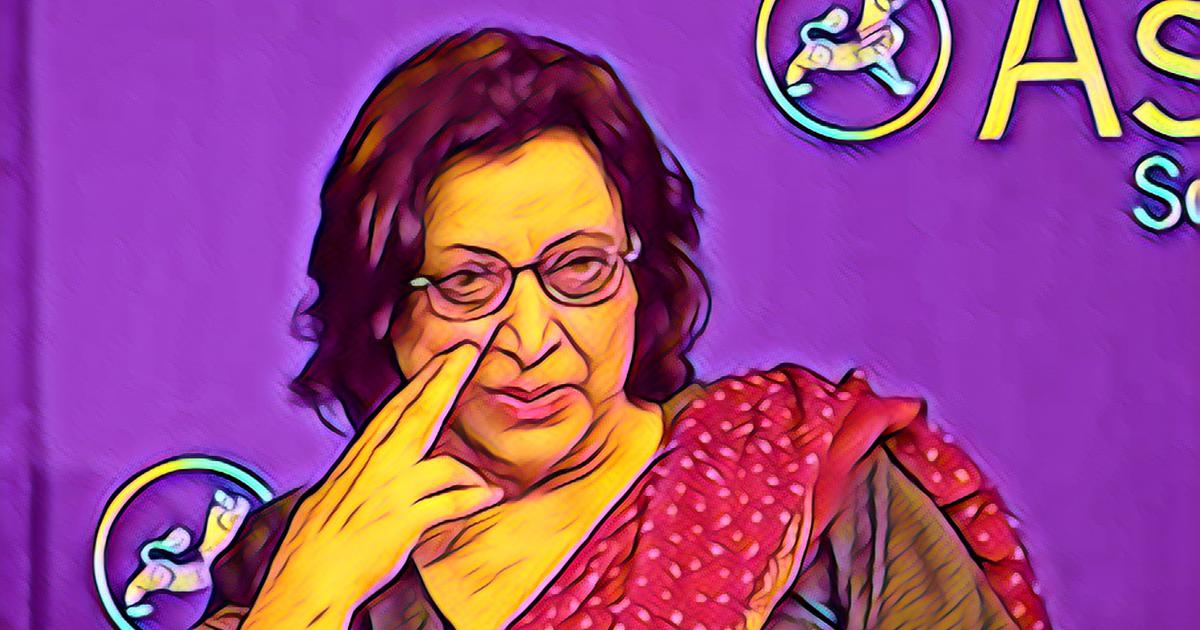 What: ‘Transcending Boundaries, Defying Taboos: The Poetry of Fahmida Riaz’

Who: Open and free to the public, co-hosed by the Pakistan India People’s Forum for Peace & Democracy and India Habitat Centre.

(You have turned out to be just like us

Where were you hiding till now, brothers!)

Fahmida Riaz wrote her prescient poem in 1996 when the BJP first emerged as the single largest party in the Lok Sabha. When she recited it nearly twenty years later before an Indian audience in April 201, “it carried a weight equal to the history of South Asia itself” say members of the Pakistan India People’s Forum for Peace & Democracy.

PIPFPD had organised a public interaction of Fahmida Riaz with the Indian feminist author, Urvashi Bhutalia, in April 2014, just a month before the new government took oath in India, May 2014.

By then, Fahmida Riaz was virtually a household name in the sub-continent. The masses in Pakistan and India knew her better than many in the world of academia and the arts. “She carried intellectual honesty and steadfast courage to speak truth to power as if it is absolutely ordinary things to do – against a generation that was trying not to follow such ideals”, comments the PIPFPD in a statement announcing an upcoming event to commemorate the poet in Delhi.

Posters of the upcoming event in Delhi

“When she passed away on 21 November 2018, at the age of 72 in Lahore, she was peaceful. But surely not happy. People like her cannot rest in peace since the tasks they leave behind are many, agonies many more. Let us remember and celebrate her, but also recount her concerns – about peace, democracy, rights and dignity – most importantly about women and the gender equality movement…”, says the statement released by the organisation’s general secretary Vijayan M. J.

The event titled ‘Transcending Boundaries, Defying Taboos: The Poetry of Fahmida Riaz’ will be held on Thursday, 14 February 2019 at the India Habitat Centre, Delhi, aiming to “bring people together in love and resilience”.

Organisers are expecting several of the poet’s “esteemed Indian and probably a couple of Pakistani friends”.

The event will feature poetry, conversations, performances in a three-hour session “dedicated to our dear friend and comrade, who was a true South Asian”, say PIPFPD India co-chairpersons Dr Syeda Hameed and Tapan Bose.

A conversation through the drums of war 9th Joint Convention of Pakistan India: People’s Forum for Peace and Democracy