Chakwalians, Rotarians to meet for “a tsunami of peace” reunion at Kartarpur Corridor 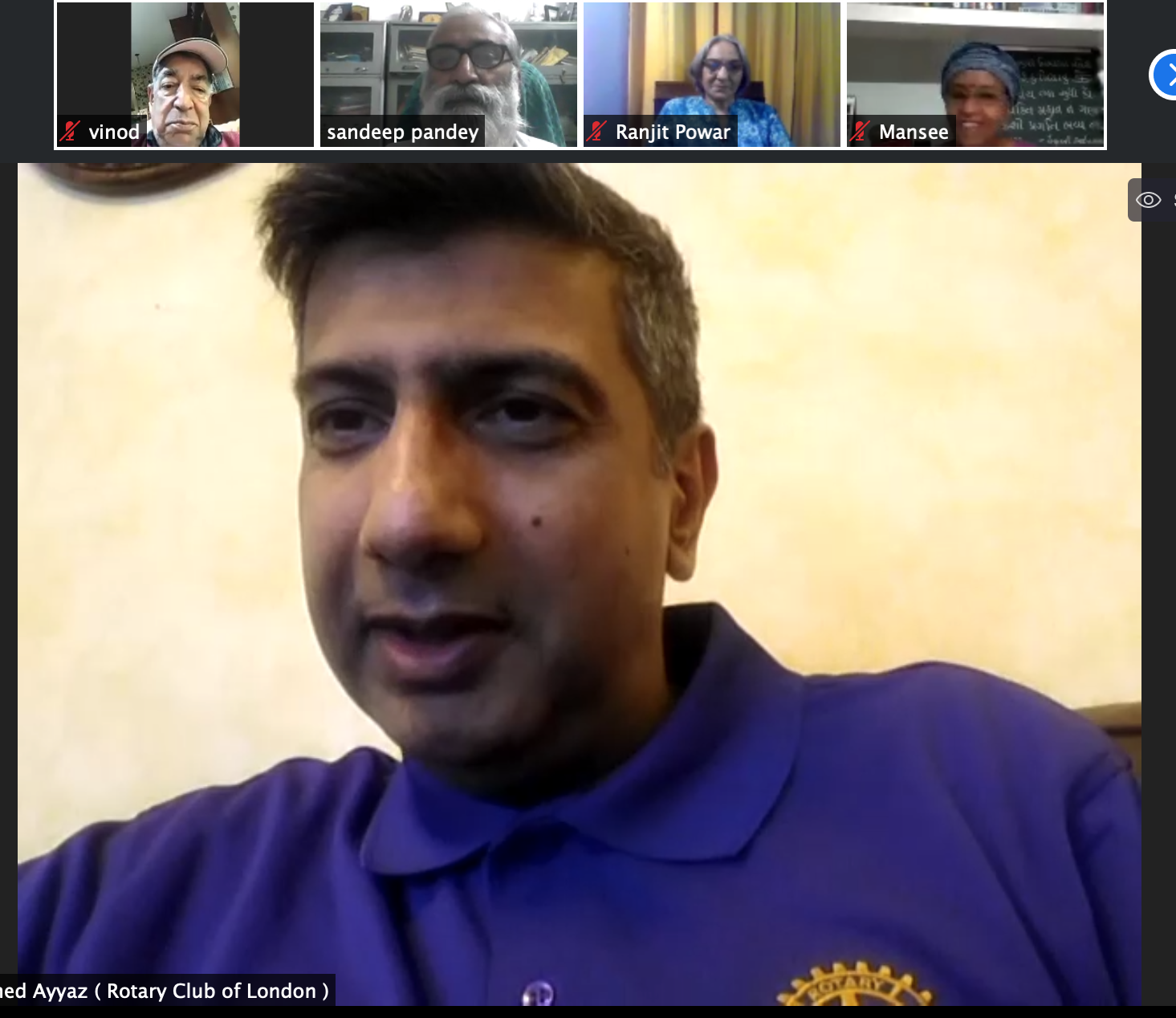 Dozens of Indians and Pakistanis with ancestral roots in Chakwal will meet up mid-week at Kartarpur Darbar Sahib in Pakistan, taking advantage of the visa-free corridor inaugurated in November 2019 by Prime Minister Imran Khan for Baba Guru Nanak Dev’s 550th birthday celebrations.

Delhi-based Rotarian Anil Ghai, whose own family has strong connections to Chakwal since before Partition in 1947, will lead the Indian delegation. The family had to flee with whatever belongings they could take, in a Dakota aircraft, remember area natives. Ghai’s visit to Pakistan in 1996 had led to rekindling those ties.

The establishment of Chakwal International Group about six months gave momentum to the upcoming ground-breaking meeting planned for Wednesday, 23 February.

“Everyone is welcome, they do not have to be Rotarians,” says Mohammed “Mo” Ayyaz, a Rotarian in London who is also from Chakwal and one of the driving forces behind the initiative.

The Kartarpur visa-free corridor functions under an MOU between Pakistan and India, enabling up to 5,000 Indian yatrees (pilgrims) to enter Pakistan every day.

“We hope to reach capacity then,” he says. The meeting this week “is a pilot exercise” that he hopes will mark the “beginning of a tsunami of tsunamis of peace.”

The upcoming meeting of Indian and Pakistani Rotary Club members and others at Kartarpur this week also highlights Rotarian efforts to develop an Indus Peace Park near the Kartarpur entrance.

The park is envisaged as an ‘Oasis of Peace’ where people from both sides of the border can have unfettered interaction with each other and celebrate their joint cultures.

Chakwalians are proud of their culture “based on the peaceful society found in the Indus Valley civilisation, complemented by the humanitarian wisdom encapsulated in the teachings of Punjabi Sufi poets like Bulla Shah and Mian Mohammed Saab,” says Ayyaz, also one of the 12 directors of the Indus Peace Park Society.

The uniqueness of Chakwal district is further enhanced by the Katas Raj temple complex, the second holiest site for the Hindu community.

He recalled how the “home hospitality” of previous visits to Pakistan which led to “warmth beyond expectations”. In their relations, India and Pakistan, he said, should be like USA-Canada, or the European Union.

On Wednesday 23 February, the Anil Ghai-led delegation from India will reach Kartarpur Darbar Sahib where Pakistanis across the District and from all walks of society are planning a warm welcome.

“I welcome everyone to Kartarpur,” said Ch. Saifullah Ejaz, a Rotary International district governor in Pakistan in a video message. He also thanked the Indus Peace Park Society Board and the Chakwal International Group for this initiative.

Appeal for peace by Lord Rami Ranger, founding member of the Hindu Forum of Britain, Chairman of the Pakistan, India & UK Friendship Forum, and the British Sikh Association, as well as Patron of the Rotary International Indus Peace Park Society.

Chakwal resident and Rotarian Bashir Malik invites Chakwalis to come to Kartarpur on 23 February. “The whole programme is for peace”.

The welcome party includes the family of Subedar Khudadad Khan from the suburban town of Dub. His courage in the First World War led him to be the first Indian to be awarded the Victoria Cross, said senior Chakwal-based journalist and historian Khawaja Babar Saleem Mahmood, paying tribute to this brave son of Chakwal.

Welcoming the Rotarians’ initiative through his paper Dhan Chakwal’s YouTube channel, Babar Saleem highlighted Chakwal district’s distinguished history of thousands of years. The land of Hazrat Shah Murad, the founder of Urdu and Punjabi ghazals, is also the most peaceful area of the 36 districts of Punjab, he said.

He appreciated the Sikh families who laid the foundations of education in Chakwal, which today boasts a literacy rate of 90%.

Philanthropist Sardar Chet Singh founded Khalsa High School Chakwal in 1908. Renamed Government High School No. 1, it has educated children in the area over the last 72 years.

Sardar Chit Singh also established a high school in the town of Mande, while Sardar Mota Singh founded a high school in Neela. The magnificent building of Neela High School continues to groom the young generation with quality teaching and knowledge.

Babar Saleem encouraged “Indian brothers and sisters” to reconnect to their shared heritage in Pakistan and appreciated Anil Ghai of Chakwal International Group for hoisting the Chakwal flag.

The spirit of 'sewa' helps Indian, Pakistani students stranded in Ukraine Lata Mangeshkar: I always thought you were immortal