Clap with both hands 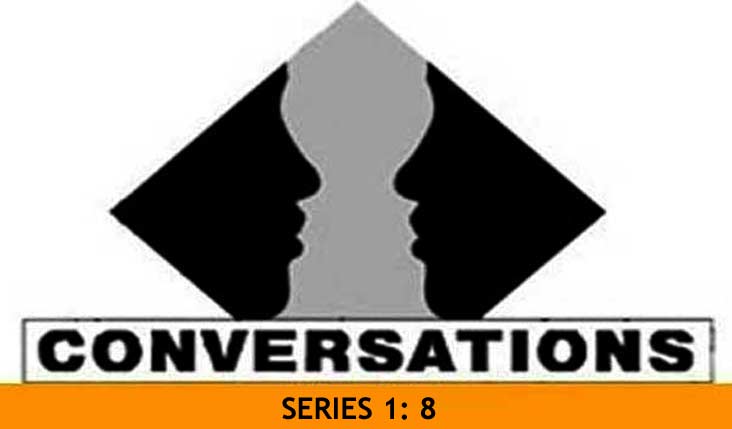 Rejuvenated by a few days tramping in the hills, I return to our fray, if that’s the word.

Let me be frank, I think we Indians have messed up in Kashmir. Whatever the reasons are, here are the outlines of the mess today: one whole section of the population driven from the state and forced to live in squalid refugee camps in Delhi and Jammu; plenty of others in the state turned almost implacably hostile to India; an army presence there that anyone from anywhere else in India would find startling and disturbing; daily bloodshed of soldiers and civilians; need I go on? A gorgeous part of the world has turned into a tense killing field: Indians can hardly pretend that we are completely blameless.

Yet I know that your country is hardly blameless either. And while I can see and understand all that has happened in Pakistan over the years — the dictatorships, the role of the army, the influence of religious extremists — what I struggle to understand is why thoughtful Pakistanis have not had greater success in taking your country back from these malevolent pressures. I mean, I know of enough names in Pakistan who have stood up to them — Asma Jehangir, Pervez Hoodbhoy, Zia Mian, Beena Sarwar all come to mind — but why is it still so easy, for example, for shadowy military types to dictate your country’s approach to Kashmir?

I realise that when I say this I open myself up to similar questions about India. We’ve had no success punishing plenty of malevolent types in this country, and in fact they have plenty of political and popular support that lauds this lack of success. But at least our military has stayed away from interfering with governance in this country. Considering our two countries grew from the same stock of people, how have we Indians managed to resist the charms of military dictatorships? Of sundry quasi-autonomous agencies that follow their own odious agendas?

India is the bigger country, but I think the argument about a “larger heart” goes only so far. We are both large and powerful enough that we can dispatch each other into a nuclear lala-land — such is the power of the weapons we possess. I think the more productive way to consider each other is as equals: no arrogance, no condescension, no grovelling, but just mutual respect and willingness to live and let live.

So yes, I do recognise the fear among ordinary Pakistanis that India has the power to block Pakistan’s access to water. But if India ever contemplates such a block, I will shout as loudly as I can to prevent it. It would be unconscionable of my country to do something like that and unconscionable of me not to speak out if it happens.

I don’t know if you see it as equivalent, but plenty of Indians have just as real a fear of continuing terrorist attacks directed by men in Pakistan. Can you in Pakistan acknowledge that fear and shout loudly to punish folks in your country who have directed such attacks in the past?

I’m glad you had a good holiday. Hills sound good in this hot and muggy weather.

I appreciate your acknowledging how badly India has messed up in Kashmir and other places. I believe that I am among many Pakistanis who feel the same way about Pakistan having messed up on our side. So we both agree that our countries have messed up.

Our exchange isn’t a fray — we agree on far too much. But I have to admit being stumped by your perception that the Indians’ fear of terrorist attacks from men in Pakistan can be equated with Pakistan’s fear of water being blocked. They sound vastly different to me. A terrorist attack on any given area will yield limited casualties. Take away a population’s water supply, and everyone dependent on that water will die.

You can shout away if that happens, it won’t stop you government from doing whatever it is doing. No amount of shouting on either side prevented the nuclear tests of 1998 — a totally unnecessary and dangerous move initiated by India.

Having said that, yes, we can and we do acknowledge your fear of terrorist attacks. But remember that some of those people (not all, because India has her share of indigenous insurgencies and disgruntled troublemakers too) carrying out attacks in India are the same as those attacking us here in Pakistan. In fact, they’ve been at it since the 1980s, after the war in Afghanistan ended. Thousands of trained, ideologically conditioned ‘mujahideen’ (as they were then known) turned their guns towards targets in Pakistan — minorities and non-mainstream Muslim communities.

Haven’t we already talked about this before? We’ve discussed India’s superior democratic credentials and almost uninterrupted political process, and I even admitted (reluctantly) to being jealous of this tradition (which implies the military non-interference you mention). I think I also mentioned some of the factors behind the military’s interference in politics in Pakistan, which include the geo-strategic factors and pressures that Pakistan faces.

Knowing all this surely provides at least a partial answer to your question about how Indians have avoided military dictatorships and the role of the “quasi-autonomous agencies” as you put it.

So it seems that we’re going round in circles, coming back to the same point. Indian smugness, Pakistani defensiveness. Why can’t we move forward?

You bring up a crucial point, about the nuclear armed status of both our countries, which you believe brings us to par. Perhaps it does. But India is still the bigger, more powerful country. And it has border disputes with all its neighbours. There is clearly a need to examine why. It can’t all be the fault of the other countries.

No arrogance, no condescension would be nice. There’s far too much of that on both sides at the moment — and forgive me for saying this, but it seems to me that most of it is on the Indian side, particularly the condescension.

I’ll sign off on that note. Am off to Berlin tonight to participate in a ‘trialogue’ between Indians, Afghans, and Pakistanis. On returning, I’ll be plunged straight into a ‘strategic seminar’ in Lahore being organised by Aman ki Asha.

One last thought: so many such initiatives have taken place over the past years. Why can’t India move beyond the ‘do something about terrorism and then we’ll talk’ line to a realisation that dialogue between our two countries IS one way to counter terrorism?