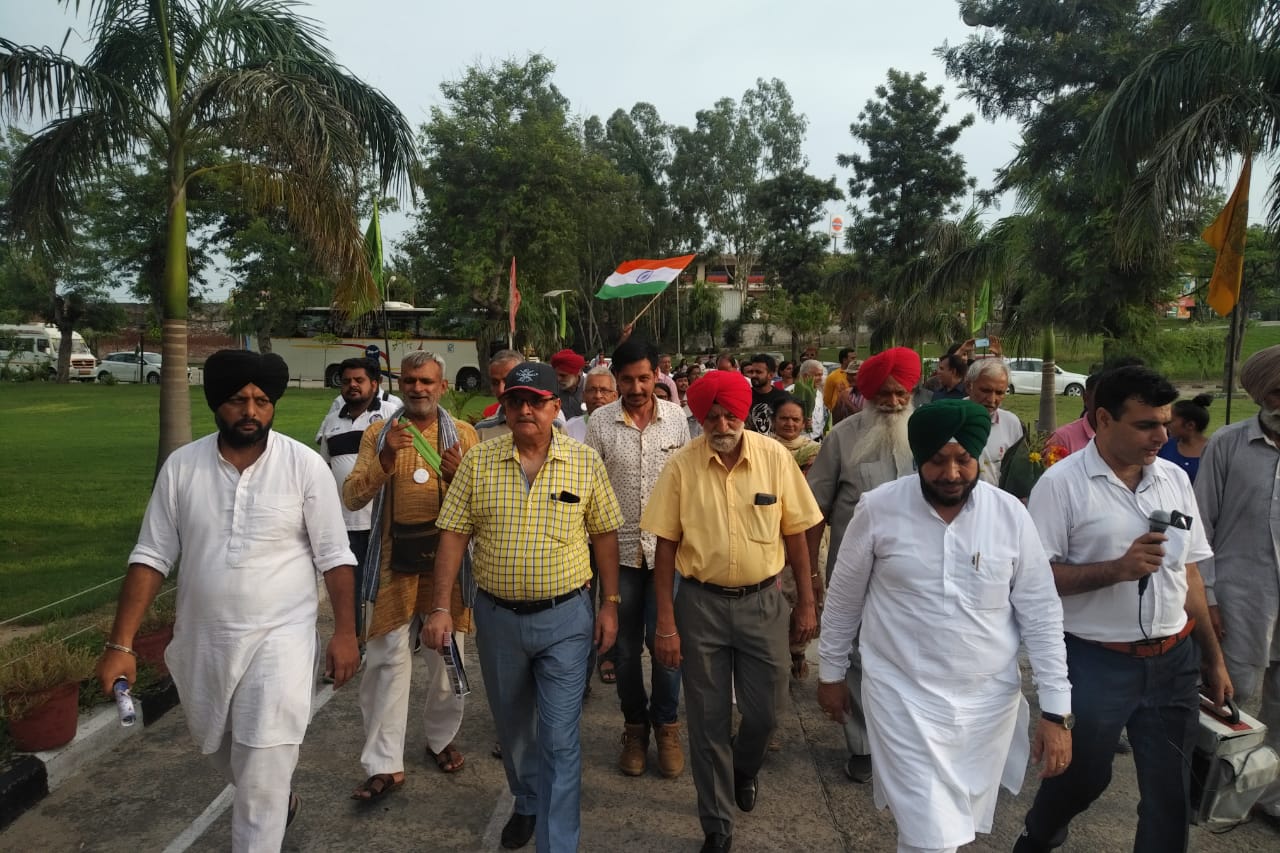 As India and Pakistan enter yet another tense phase in relations following the abrogation of Jammu and Kashmir’s special status as an autonomous state, peace activists from either side continue their efforts to call for normalizing relations between the two nuclear-armed nations.

The annual Aman Dosti Yatra (Peace and Friendship March) was launched from Delhi Monday, with prominent Indian citizens. Public interactions are planned at more than ten places along the way in India starting with Rajghat in Delhi. Other points include Harijan Sevak Sangh, Murthal, Gannuar, Samalkha, Panipat, Gharonda, Karnal, Taraori, Shahbad, Ambala, Ludhiana, and finally Amritsar. Participants include locals from all walks of life and from different regions of India.

The midnight candle light vigil of 14-15 August is a legacy of late Kuldeep Nayar and Nikhil Chakravarty in India, and late Asma Jahangir and Dr Mubashir Hasan in Pakistan, who started this yearly tradition over two decades ago.

The Yatra takes forward the cause of peace that they and many others on both sides have advocating and working for all their lives. Last year’s Aman-Dosti Yatra was flagged off in Delhi by Kuldeep Nayar, despite his failing health. It was his last public appearance. He passed away barely 10 days later.

Every year, thousands of

people show up at the multiple public meetings held along the way at the Aman Dosti yatra and express their support for the peace cause. This is quite different from the dominant narrative perpetuated by the mainstream as well as social media.

Jatin Desai and friends at Martyrs Monument, Attari, paying tribute to the lives lost on both sides in 1947

Local activists and organizers of annual Hind-Pak Dosti Mela in Amritsar will join the marchers to light candles on Wagah border at midnight of 14-15 August “as a symbol of hope for peace, open borders, and to foster people to people relations between India-Pakistan”, says Devika Mittal of Aaghaz-e-Dosti, one of the supporting organisations.

At Karnal a couple of hours drive from Delhi, the marchers were welcomed by Prof Abrol and other locals at Jaat Bhawan, the hall decorated with posters of peace poetry and quotes. Providing updates, Ravi Nitesh said that the passion for IndoPak Peace “lives on in the hearts of common people without being affected by social media and states”.

Speaking at the event, Indian Army Col. (Rtd) Ahluwalia welcomed the marchers, supported their call for peace and shared his friendly experiences with Pakistani counterparts in 1982 at Suchetgarh border region. The local hosts included renowned writer activist Dr Pavan Arya, along with Harpal Singh Kamboj and several other leading faces from Ambala.

Throughout their journey, and especially in the Punjab, the marchers have come across “huge support for India-Pakistan peace”, says Nitesh. “People stayed on even when it got late”.

Locals adding their support at different places included advocates, judges and other social activists. The overwhelming consensus was for hope for peace that they all desired, adds Nitesh.

At Panipat the marchers convened at Khadi Ashram, where the portraits on the wall include a famous photograph of M. K. Gandhi and M.A. Jinnah together. Welcoming the marchers, Khadi Ashram members talked about the poets Hali and Meer, and how Pakistan and India are two countries but one heart.

Mumbai-based journalist and longtime peace activist Jatin Desai who reached Attari on 13 August was among those who paid tributes at the Martyrs Monument built to pay tribute to the thousands of people, mostly Punjabis, who were killed during partition. From where he stood, he could see Pakistani flag across the border at Wagah.

Haryana-based singer and filmmaker Abhay Punjabi, who has roots in Sukkur, Sindh, is among the busload of peace lovers who reached Amritsar on the night of 13 August to participate in the event. Punjabi shared photos and brief descriptions of his fellow travelers to social media, providing a glimpse of the kind of people joining the 14-15 August commemoration.

Meanwhile, headed over from Delhi to Amritsar, well known feminist activists Kamla Bhasin and Dr Syeda Hameed learnt to their dismay that their friends in Pakistan had to cancel their plans to reach Wagah border on 14 August to participate in the joint Independence Day due to lack of government permission.

However, the Freedom and Peace seminar on 14 August in Lahore is going ahead as planned at the South Asia Free Media Association auditorium, with several organisations participating.

The Pakistan government has designated 15 August, India’s Independence Day, as a Black Day in support of Kashmiris. There is some irony here since this was also Pakistan’s original Independence Day, as evident from the first speech of the Father of the Nation broadcast live on national radio: “August 15 is the birthday of the independent and sovereign state of Pakistan”. Pakistan’s first commemorative postage stamps released in July 1948, also mention 15 August 1947 as Independence Day as does the cover of the Press Information Department’s Independence Anniversary Series on August 15, 1948.

Some Indians provoked by this are planning a counter protest at the same venue, calling for their fellow expatriates to turn up and “outnumber Pakistanis”. This should be easy enough, considering there are many more Indians than Pakistanis around.

These demonstrations and counter-demonstrations will provide good grist for the sensation-hungry media mill but are unlikely to help the Kashmiris. Nor will they contribute towards peace in the region, which should be the aim of anyone who wants to leave a better future for coming generations.

Pix below from Abhay Punjabi: