Counter misperceptions, use water as a tool for cooperation, urge experts 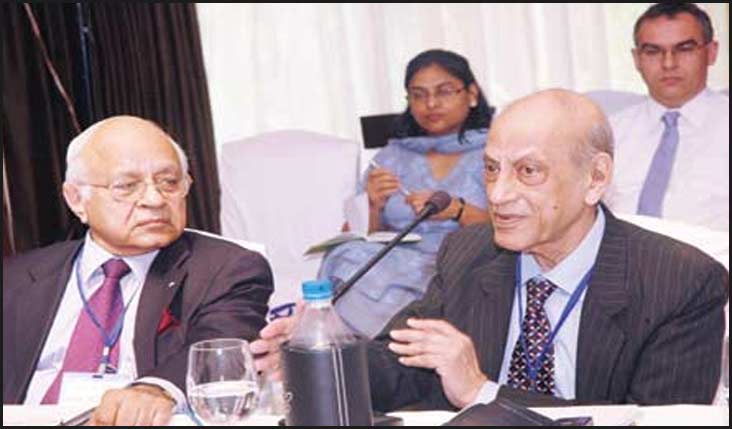 Use water to build trust rather than tension, urged delegates at an Indo-Pak seminar

Pakistani delegates underscored Pakistan’s water crisis and concerns as the lower riparian – concerns that delegates agreed were caused as much by lack of timely data, as by on-going tensions between the two countries. They discussed the perception in Pakistan that India is diverting Pakistan’s share of water, which the Indian experts explained was not the case. However, there are reduced flows of water in the rivers, related to ecological changes in the region.

Delegates agreed that water – with its political, environmental and technical aspects – could be a tool for cooperation rather than divisions, and that a long view needs to be taken of this issue.

They underscored that the Indus Waters Treaty of 1960, which divided the rivers of the Indus Basin between the two countries has been negative as well as positive for both countries. Even so, it remains a viable agreement that has stood the test of time and even war.

Participants agreed on the need to share up-to-date data and information in order to counter misperceptions. They also agreed on the need for both countries to better manage their water resources internally. In addition, a joint, cooperative approach is necessary to counter the growing water crisis that threatens not only the lives and livelihoods of the people of the region but also relations between India and Pakistan.

The discussion took into account factors adding to water stress in the Indus basin, like climate change, glacier melt, fluctuations in precipitation patterns and increasing exploitation of water due to rising populations (increasing groundwater use, direct withdrawals from the river etc).

1.Both governments should publish past Indus Water Commission flow data
2.Both governments should share data and ensure transparency and accountability of water resources      and supply, and make the information available to the public
3.A joint monitoring of flows at strategic points
4.A joint study of the factors responsible for the reported reduced flows in the western rivers
5. A holistic approach that includes better watershed management, protecting forests, local water regulation and alternative methods of power generation

The Aman ki Asha ‘Water is Life’ conference was held in New Delhi, July 29-30, 2010, in collaboration the Centre for Dialogue and Reconciliation

To Delhi with love Wanted: Data on water and joint monitoring