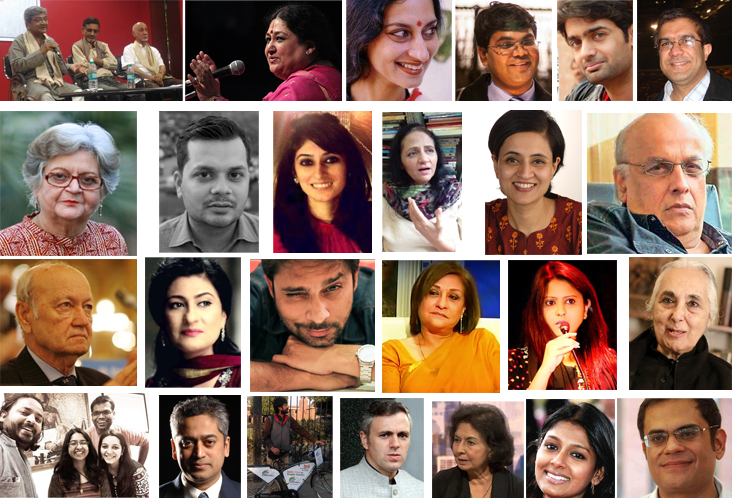 Some 900 thought leaders have already endorsed an India Pakistan peace resolution since it was privately initiated recently by a group of individuals who have come together in a loose cross-border solidarity coalition under the banner Peace mongers – AmanParast or AmanPasand in Urdu/Hindi.

The resolution urging India and Pakistan “to take all steps possible towards improving relations” has drawn signatories from India, Pakistan, and beyond, ranging from artists, journalists and filmmakers to lawyers, historians and physicians, to retired soldiers, politicians, economists, and students. Cropping up through the alphabetically ordered list are names of giants like Gulzar, Noam Chomsky, Shubha Mudgal, Nayantara Sahgal, Asma Jahangir, Jean Dreze, Aruna Roy, Mubarak Ali, Ayesha Jalal, Shashi Deshpande, and more.

“In the 70 years since independence and Partition, the people of India and Pakistan have seen too many conflicts and the loss of many valuable lives. Enough of the distrust and tensions. Those who suffer particularly are ordinary people denied visas and those in the conflict zones, especially women and children as well as fishermen who get routinely rounded up and arrested for violating the maritime boundary,” states the resolution.

Titled “Resolution for peaceful relations between India and Pakistan“, the statement’s subtitle “Make dialogue uninterrupted and uninterruptible” borrows the veteran Indian politician Mani Shankar Aiyar’s phrase; he is among the signatories.

Every time there is a move towards improving relations, “some form of disruption takes place ranging from jingoistic statements to militant attacks,” notes the resolution, initiated in the backdrop of a series of events in recent weeks. “The traditional response to such disruptions only strengthens those who want continued tensions between our two countries”.

The signatories call for implementing the 2003 ceasefire agreement and recognising that “the Kashmir dispute above all concerns the lives and aspirations of the Kashmiri people”. They urge policy makers to “work to resolve it through uninterrupted dialogue between all parties concerned”.

The statement urges both countries to “develop an institutionalised framework to ensure that continuous and uninterrupted talks between India and Pakistan take place regularly no matter what” and renounce “all forms of proxy wars, state-sponsored terrorism, human rights violations, cross-border terrorism, and subversive activities against each other, including through non-state actors or support of separatist movements in each other’s state”.

The two countries must “increase trade and economic linkages and cultural exchanges” say the signatories, who also condemn “all forms of violence regardless of its objectives”.

The endorsement of Mohini Giri, chairperson, War Widows Association, India, speaks for the pain of those who lose their loved ones to unnecessary hostilities.

An inspiring aspect of this initiative is the number of young activists involved, especially on the Indian side. Praveen Singh has since 2013 led an annual cycle rally for India Pakistan friendship across the length of India (now named ‘Milne Do’ – let us meet); Devang Shah has been organising debates at the college level hosting Pakistani students; Chintan Girish Modi (no relation to the Indian Prime Minister) runs an online platform called Friendships Across Borders: Aao Dosti Karein; Gur Mehar Kaur who shot to prominence after her words were taken out of context from a peace video; members of the cross-border youth group Aaghaz-e-Dosti, as well as the youth behind the dialogue-oriented Red Elephant Foundation are among those involved.

Dozens of top journalists, some of them household names, have endorsed the resolution which contains the pledge to “act responsibly and stop broadcasting hate speech and creating public hysteria aimed at the other country and/or vulnerable communities.”