Dead bodies of arrested fishermen must be returned without delay: PIPFPD 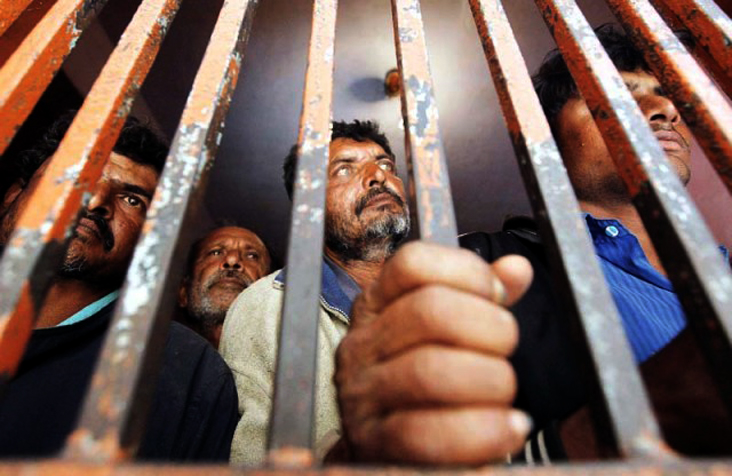 The Pakistan-India Peoples’ Forum for Peace and Democracy (PIPFPD) has appealed to the Indian and Pakistani government to not further delay handing over the dead bodies of two Indian fishermen to their families. Mr. Vaaga Chauhan died on 22nd December 2015 and Ratan Das passed away on 8th February 2016. Their dead bodies have been kept in Edhi Foundation’s morgue in Karachi. According to reports, the conditions of the dead bodies are worsening with each passing day.

It is a matter of concern that even after two and a half months, Chauhan’s body has not been sent to India. “Such a long delays always take place when a poor fisherman dies,” says PIPFPD in a press statement.

“The authorities of both countries need to play a sensitive role in such sad circumstances. There needs to be some mechanism so the dead body can be sent back on the next available flight. Both the deceased fishermen are from Saurashtra region of Gujarat. The family members are frustrated with the delay.

* Ramjibhai Vala died in Karachi in 2012. His body was returned to India after 45 days.

* Nawaz Ali, a Pakistani fisherman died in Ahmedabad on 8 September 2012. His body reached Pakistan after 25 days.

* Dadubhai Makwana died in Karachi in July 2013 and his body came to India after 21 days.

Aman ki Asha has also taken up this issue and published many pieces about the travesties of justice faced by the poor fishermen and prisoners of both countries, who are pawns in the political tensions between India and Pakistan. See In Humanity’s Name [http://amankiasha.com/?cat=81]