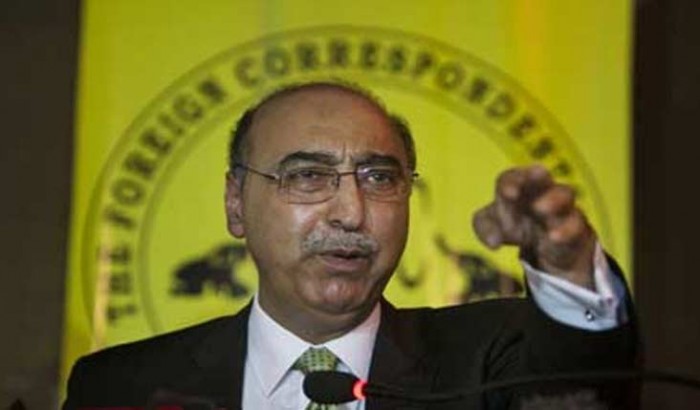 Pakistan high commissioner Abdul Basit said his country doesn’t like the relationship with India to be held hostage to the J&K issue but both countries should make sincere efforts to resolve the problem.

Expressing the hope that the bilateral talks will resume, he said at the end of the day the two countries will have to talk to each other.
“Both our countries do recognize that J&K is a problem which needs to be resolved. As part of dialogue process in the past we have been trying to resolve it.

“One would hope the problem is resolved to our mutual satisfaction and resolved in just and fair manner,” he said during an interaction with the media at the Hyderabad Press Club.

“There are other issues our countries have been talking about. There are 10 segments within the framework of composite dialogue and J&K is one of them.

“We would not like our relationship to be held hostage to one single issue but we would like to talk. Sincere efforts should be made to resolve the issue and both countries need to do it,” he said.

“About 20 years ago, Pakistan used to have pre-conditions for talks. First resolve J&K dispute then we will talk… but that did not work. We have to talk to each other with an open mind,” the high commissioner said when asked about the Modi government’s stand that Pakistan should decide whether it wants to hold talks with India or Kashmiri separatists.

India called off talks between foreign secretaries in August after the Pakistani high commissioner held meetings with Kashmiri separatist leaders.

Concurring with external affairs minister Sushma Swaraj’s statement that there are no full stops in diplomacy, he hoped that process of dialogue will resume.

“J&K is a part of composite dialogue. Whenever the dialogue process is resumed, we will be able to build on the past achievements and move forward.

When asked about ceasefire violations by Pakistan, Basit said: “Obviously our position is different.” He stressed the need for both the countries to adhere to all agreements and declarations made in the past.

He also underlined the need for focusing on positivity.

“There is too much negativity in our bilateral narrative. Unless we think positive, things will not move forward,” he added.