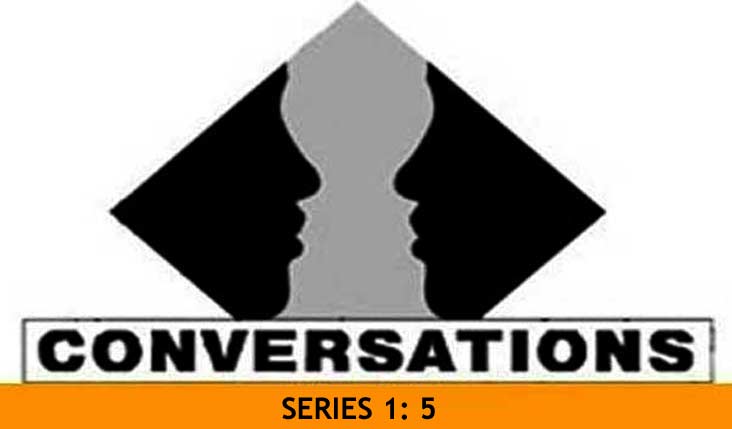 To begin with, my salaams to the memory and spirit of Aziz Siddiqui, whom you mentioned in your last letter. He’s right, of course: is giving up the fight for your beliefs even an option?

The interesting thing about this exercise is that we agree about a lot of things. Which might raise the question, are we the right people to be doing this exercise at all? But that raises another question: why not? Why should voices that tend to agree on some things not be raised and heard?

And maybe that will be my theme for this letter. Meaning: Why has the relationship between our countries come to be defined by people who are fundamentally antagonistic and vengeful? Is it something intrinsic to the very existence of India and Pakistan? But even if it is, does it have to remain so for eternity?

This is hardly to suggest that we magically give up the serious disputes we have. What I’m suggesting is those of us who don’t see red at the very mention of the other country must claim our rightful space on the battleground. We must spell out and vigorously defend our vision of the future for our countries. After all, I don’t want my children to be burdened with this hostility that kills soldiers along our borders every day, even when we are not fighting an all out war. After all, I think we are best served by brave soldiers who are alive to serve.

There’s a reason I mention “battleground” and “defend” and “soldiers” above. I’m laying some early groundwork for something I wonder if we can work towards a joint memorial, somewhere near the border, to the soldiers who have died on both sides.

Think of it: at least in our early wars, it’s certain that plenty of soldiers on either side grew up as neighbours, maybe even cousins or brothers, in the same village or town; officers were certainly compatriots during their military training. It must have torn at them to have to fight each other.

There are precedents for something like this, which maybe I’ll get to in a subsequent letter. For now, what do you think?

Speaking at my alma mater, BITS Pilani, a few months ago, the actor Rahul Bose said this: “I have a dream of a time when we will cheer a Younis Khan sixer as madly as we cheer a Yuvraj Singh one.” I hold to the hope that this idea of a joint memorial is a step towards realising Rahul’s dream

Thanks for your salaams to the memory of our beloved, respected Aziz Siddiqui. I feel sad he is not better known in India, just as there are so many other respected and beloved figures on that side about whom we in Pakistan know little or nothing.

I agree that we need to define the relationship between our countries — ‘we’ as in people like you and me, rather than those who are “fundamentally antagonistic and vengeful”. Certainly, even if it has always been that way, now is the time to change that. If sane voices have an equal playing field and reach the people, the call to resolve all issues through dialogue will prevail over those who routinely use aggression to sabotage peace.

I like your suggestion of a joint memorial to soldiers on both sides. But for this to happen, our armies will have to stop seeing each other as the ‘enemy’.

The idea reminds me of an earlier proposal that you may know about — a joint memorial on Wagah border to “all victims of partition violence”. Expatriate Pakistanis and Indians initiated this move through Asiapeace (www.asiapeace.org) and its associated Association for Communal Harmony in Asia (ACHA). They even presented a petition to then Pakistan President Pervez Musharraf and Indian Prime Minister Manmohan Singh in August 2004 in the hope that “this memorial will also serve as a symbol of the ending of the armed conflicts and hostilities of the past, and of the beginning of a new era of cooperation, peace, and friendship between the great people of the two countries”. The full text is online at http://indiapakistanpeace.org.

The website includes the rationale behind the demand. An extract: “It is our sincere wish and hope that this memorial will help begin a new chapter in the history of the Subcontinent — one based on a better understanding of the past and on mutual trust and respect in the future.” (The author is the respected academic and analyst Dr Ishtiaq Ahmed).

ACHA has been observing India-Pakistan Peace Days on August 14 and 15 in different cities around the world for some years now. In 2008, having failed to persuade the governments of India and Pakistan to build this memorial, they set up a virtual memorial where people can contribute names and information. There is a particularly moving comment from Kanta Luthra whose father, then registrar of Punjab University, was stabbed to death in Lahore: “Even after losing everything in the riots, I haven’t forgotten my father’s teaching, “Love people for what they are, not for their religious beliefs” — (http://noosphere.typepad.com/virtual_memorial/)

P.S. I admire Rahul Bose greatly, but his dream that Indians and Pakistanis will one day cheer each other’s cricket heroes equally goes against the essentially competitive nature of sports. I don’t know of any two countries where people cheer the other team as loudly as their own. Still, Indians and Pakistanis do often cheer for each other against a third party. For now, that’s good enough for me.