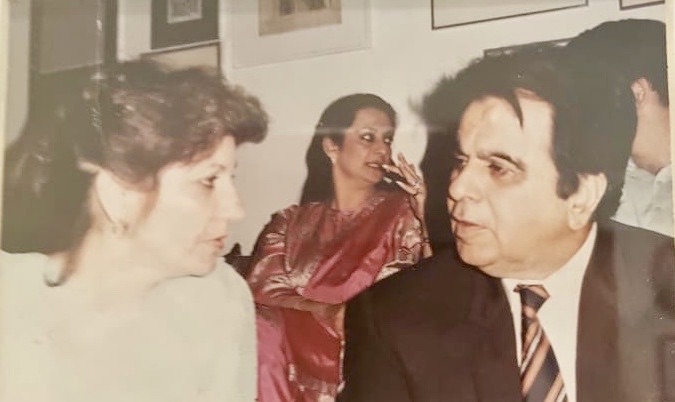 The Covid-19 pandemic has forced socio-cultural events online around the globe. One such event that highlighting that poetry knows no borders was held last year, organised by the volunteer-run Pakistan Association of Greater Boston, launched in 1990, that I have long been associated with.

We held our first virtual meeting in July soon after the newly elected board took office (Full disclosure: I am among the elected board members). The success of our annual August 14 Pakistan Independence Day celebration, online for the first time, encouraged us to become more ambitious.

Spearheaded by recently elected president Siraj Khan, a longtime Aman Ki Asha supporter and contributor who has curated and designed several live events around Hindustani music and poetry, we decided to celebrate PAGB’s upcoming 30th anniversary in conjunction with the death anniversary of the legendary poet Faiz Ahmed Faiz.

The event, titled ‘Lab Azad HeiN’ (Your Lips are Free), featured some 30 participants including prominent artists in Pakistan and India. Some sent in recorded video messages, necessary due to the time difference, as well as recordings of their songs. There was live poetry, musical renditions, and presentations by PAGB members and Indian supporters in the Boston area and elsewhere, with PAGB officials Fozia Qamar, Nadia Rehman, Shehla Gull and Farzeen Fareed seamlessly emceeing the event.

From Dallas, Khwaja Irfan Anwar, son of the composer Khwaja Khurshid Anwar, talked about his father’s friendship with Faiz and their respective deaths within 20 days of each other.

A segment on Faiz’s contribution in cinema, presented by PAGB President Siraj Khan underscored how Bollywood still loves and embraces the poet even today, with various film clips of songs picturised on Faiz’s poems over decades.

Retired civil engineer from Pakistan, originally from Lucknow, Maarij Kirmani in the Boston area shared a personal anecdote about Faiz in Karachi when as a student he would be roped into being the fourth at bridge with Faiz.

One day, Faiz had tears in his eyes after a phone call. Without saying anything, he turned to the notepad he always kept by his side and began writing. When he had finished, he said: “Now I have completed this ghazal”. The phone call was about a friend’s death. The poem was ‘SheeshoN ka masiha koi nahi’.

Former PAGB President Malik Masood Khan shared photos of Faiz’s visit to Boston in January 1979 for a PAGB event. That was when Faiz completed ‘Hum DekheN ge’. The poem has been an anthem of resistance since Iqbal Bano boldly sang it during the military rule of General Zia-ul-Haq not long after Faiz’s death in 1984. Today activists in India are singing ‘Bol’ in the same spirit.

Faiz’s younger daughter Moneeza Hashmi in Lahore in her recorded message shared memories “some good and some not so good” and read out letters from a soon-to-be-published book bringing out different aspects about Faiz including as a father, often absent because of his “unexpected” travels.

She recalled how when as a child, when her incarcerated father asked what she wanted for her eighth birthday, she asked for a doll. He wrote her a poem instead. She was upset but realized over the years the value of the gift. “The doll would have long been gone, but the poem is immortal”.

As a resident of Worcester county, I invited Joseph Petty, the Mayor of Worcester city, to attend the event. He not only obliged but also presented Moneeza Hashmi with a Key-to-the-City, Worcester’s highest award for promoting art and culture, and proclaimed 20 November as Faiz Ahmed Faiz Day.

In a one-to-one talk later, Moneeza Hashmi shared an incident about Faiz’s meeting with Dilip Kumar in Bombay. When he was leaving, he asked her what she’d like him to bring back. Her “knee-jerk response” was: Dilip Kumar’s autograph. When Faiz returned empty-handed, she asked him why he didn’t get the autograph.

Her father’s response, she said, shocked her “beyond belief” — “Meri beti, meiN oosse kaisa maaNgta, woh to khud mera autograph maang raha tha” (my daughter, how could I ask him, he was asking for my autograph).

“Dilip Kumar really has a high regard for my father”, she commented, adding that her family reciprocates this regard. She shared a photograph of Dilip Kumar visiting their family in Lahore to pay his respects to Alys Faiz, after Faiz’s passing.

“I am also learning more about my father. So much has been written about him, that I have discovered even more. People are sharing things about him that I didn’t know”, she said.

“It was a well-organised event which effectively brought out various aspects of Faiz Sahib’s poetry and personality”, said Zakia Sarwar, a prominent educationist currently in the Boston area who attended the Zoom event and has known the poet and his family since the 1950s. “Being so far away from Pakistan it was heartening and uplifting to be in the company of people who love Faiz and his poetry”.

Aligarh alum hold condolence meeting for Indian, Pakistani communities of North America A film for the children, a message in compassion, a warning against war