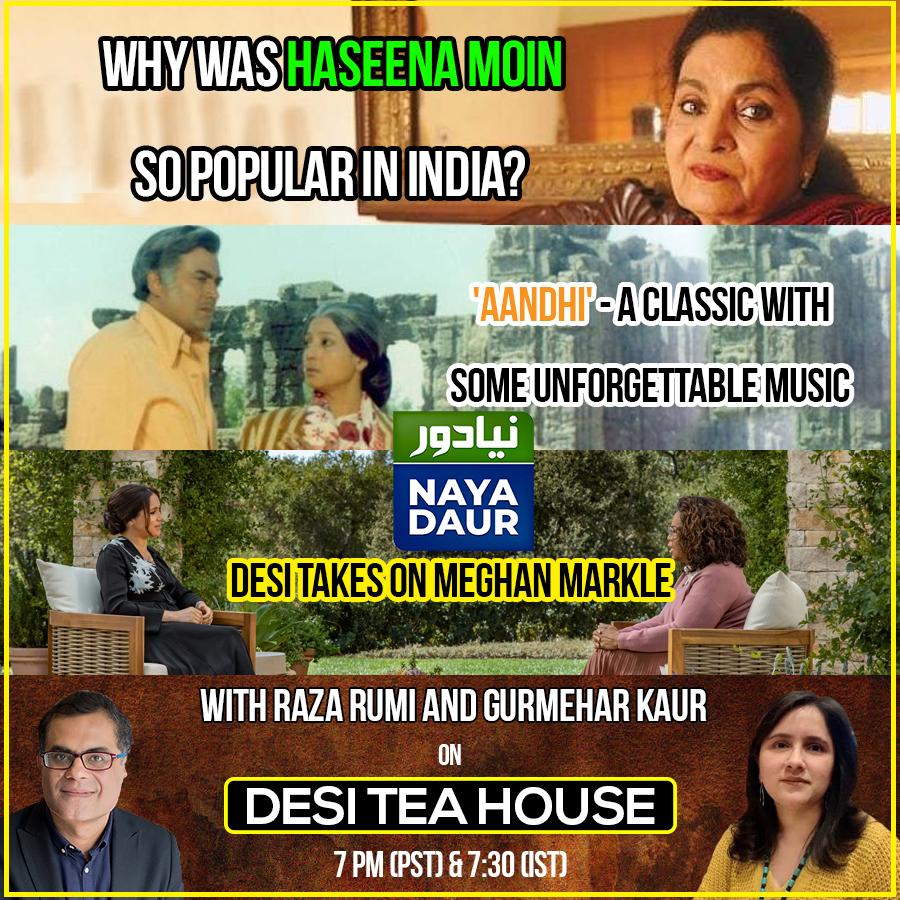 There’s a new cross-border talk show around – and one that’s not a shouting match. In fact, it is the first such offering from India and Pakistan, a concept that grew out of the creators’ mutual respect for each other’s wajood (being) as well as their fascination with their shared South Asian heritage.

Their second episode this weekend will feature the iconic Pakistani playwright Hasina Moin whose recent demise has saddened fans across the region, the popularity of her television dramas having made her household name not just in Pakistan but also across the border in India.

The language is mostly Urdu or Hindustani, the Urdu/Hindi mix that’s widely understood across South Asia. There’s a liberal sprinkling of English and some Punjabi, with plenty of poetry, laughter and anecdotes thrown in.

“Equal parts fun and meaning, it aims to strike a note of interconnectedness while recognizing our points of departure,” says Gurmeher Kaur. At Rumi’s invitation, she also sang a brief medley of film songs during the inaugural episode, apologizing for her lack of training.

“The beauty of the Indo-Pak encounter is the Insider-Outsider dimension. We are similar enough to feel a sense of oneness/apnaaeeyat and different enough to keep it interesting (dilchasp) and charming (dilkash),” she adds.

“For those who are free spirited and large hearted our differences are not something to quibble over. In fact, they are an opportunity to learn from each other.”

“Desi Tea House is essentially a recognition of the universality of certain emotions, aspirations and experiences. We are more similar than dissimilar as human beings,” adds Raza Rumi.

Viewers can tune in every Saturday evening 7 pm Pakistan time and 7:30 pm India time for the live broadcast on Youtube as well as various social media platforms, the features banter, repartee and informative nuggets.