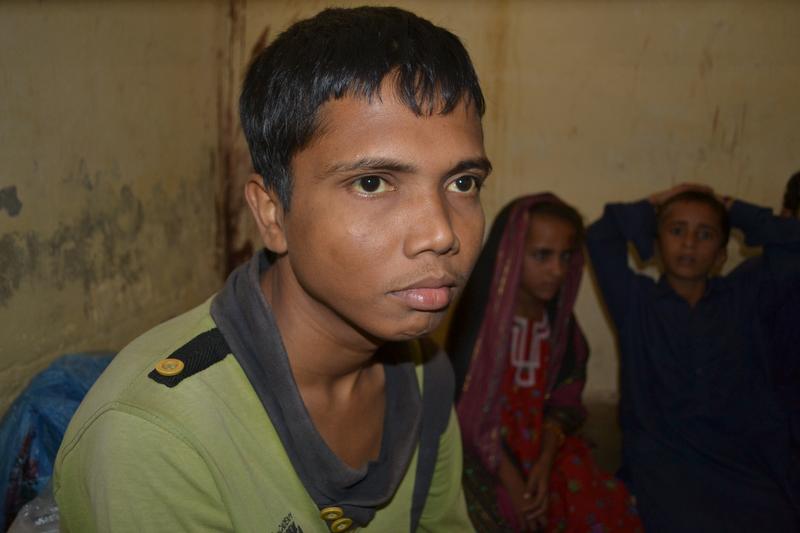 HYDERABAD: Fate of Indian runaway boy Jitendra Arjunwar, who was caught by the Pakistani border security agencies in August 12, 2013, is not clear yet, as the child rights defenders say jail administration is reluctant to give permission to meet the victim in jail to know his health condition and any other problem he might be facing in the prison cell.

Kahsif Bajeer, Sindh regional head of the Society for the Protection of the Rights of the Child (SPARC), said Hyderabad juvenile offenders’ jail administration has justification that nobody can meet juvenile. “It is for the first time, we were barred from meeting the Indian child, otherwise, we have been supporters of the juvenile prisoners,” he said.

“We are child rights defenders and should be allowed to meet the child to help him what he needs as an under trial prisoner,” he said. He confirmed that the boy will be produced before the Session Court, Umerkot on September 12.

Another SPARC official Nazira Jahan, who visited the Juvenile jail a few days back, said their organization has written letter to allow them to provide legal support to him. When she came to visit the juvenile jail to distribute gifts among the juvenile prisoners, According to jail official Jitendra Arjunwar was taken for medical tests outside.

“We are waiting any response over the letter SPARC has written with request,” she said. We have panel of lawyers for legal assistance and waiting for the official response”, she said.

Officials of the juvenile offenders’ jail told The News that the boy is suffering from sickle cell anaemia and needs blood transfusion, which they arrange frequently. The jail medical officer has approached Civil Hospital and other medical facilities to arrange for treatment of the juvenile prisoner and claims they can do this only.

The boy is in the cell with other juveniles and he is well with proper facilities, the official said.

About the restrictions not to allow human rights defenders they justified that they do not have provision to allow everybody. Only those can have this access, who got permission from the Home Department high ups.

The human defenders assume that as per the law he might be given sentence and then there are chances of his release with special provisions.

In this regard when contacted, Legal Aid Office official Makhdoom Farrukh denied any information regarding the Indian boy, saying they do not know about the case.

Jitendra Arjunwar from Madhya Pradesh left the family and mistakenly crossed the border in to Pakistan and was caught. Since the boy was ill the authorities sent him to Hyderabad Juvenile Jail for further legal requirements.

The youth was caught at Cheetah post inside the Pakistan side of the border on August 12 and handed him over to the Khokrapar police station on August 15. He was charged with trespass under the Foreigners act and awaits trial in the juvenile offenders section.