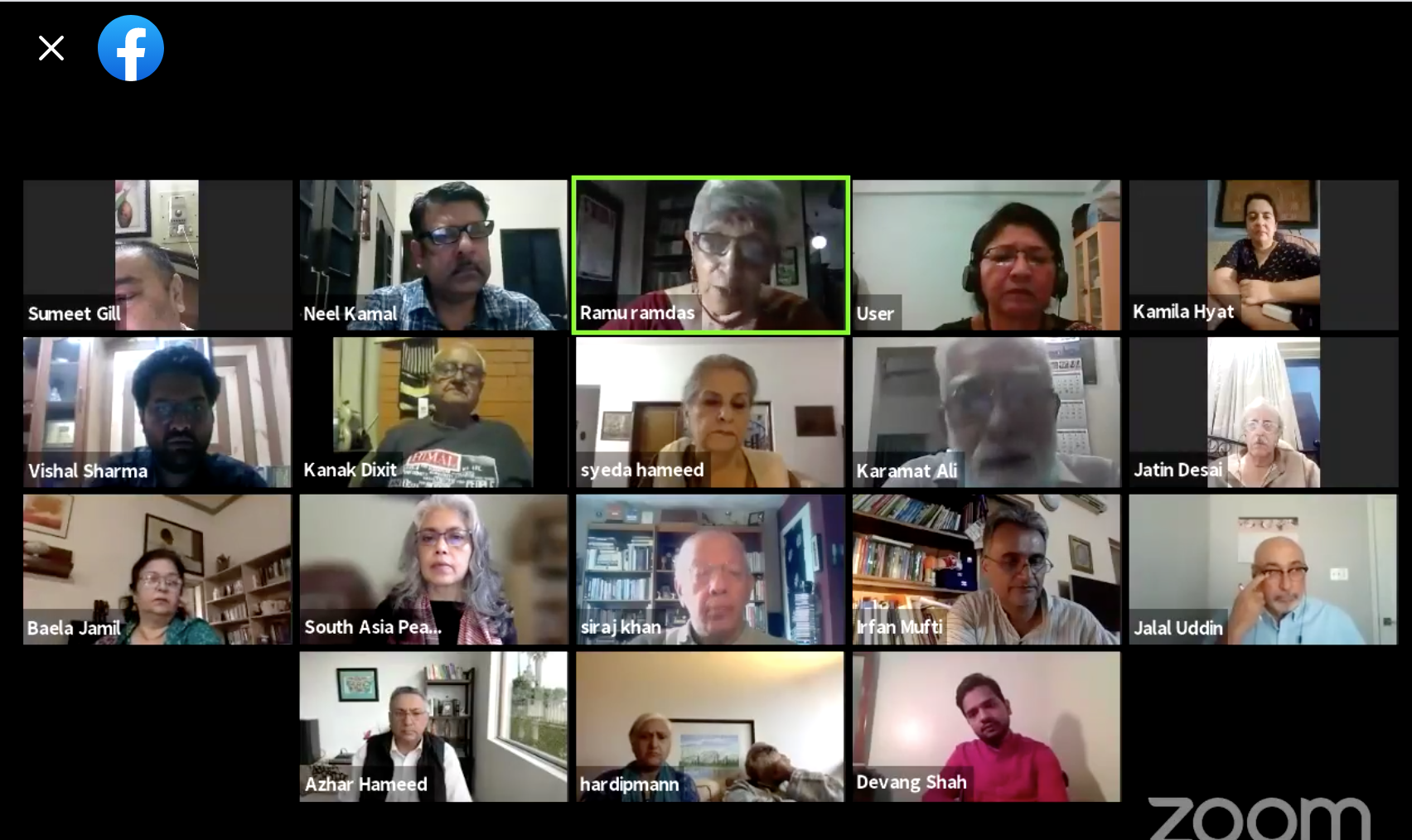 An online gathering Sunday attended by dozens of South Asians witnessed a poignant moment when one of the participants – a long time human rights and peace activist in Karachi – revealed his personal pain.

Trade unionist Karamat Ali said his wife was visiting Delhi and was down with Covid-19 infection, but visa restrictions did not allow him to visit her.

“I want to go to the Wagah border and take a tank of oxygen to my wife, but I can’t,” said Ali, his voice choking.

He said he wanted to also take a defibrillator and whatever medical supplies he could carry.

Karamat Ali’s story illustrates the anguish of divided families unable to help loved ones across the border. The frustration is compounded as citizens above the age of 65 are entitled to visa-on-arrival at the border, according to the 2012 agreement signed by India and Pakistan, ignored by both sides.

The online event was organized by the recently launched South Asia Peace Action Network (SAPAN), which seeks to complement other organisations working to bring peace in South Asia.

The Network believes that a great volume of pain and suffering could be mitigated through greater socio-economic cooperation, resource-sharing, and a visa-free South Asia, a region with soft borders reflecting the shared history and inter-connected space.

On fighting the pandemic, the participants emphasised the need for cross-border empathy and cooperation.

The focus of the event, originally planned as a call to open sporting ties and visas in the South Asia – #KhelneDo — was changed at the last minute due to the dire situation on the ground in India where a mounting daily death toll and rising infection rates are stretching health facilities, crematoriums and burial grounds beyond capacity.

Other participants also shared their experience of personal loss over the past 24 hours.

Prominent educationist Baela Jamil had to leave the programme as news came in about a cousin’s death in Lahore.

Pivoting from the original discussion titled ‘Khelne Do – Imagine! Neighbours in Peace’, top sports personalities, journalists and activists instead shared thoughts and experiences in a moving expression of regional solidarity even as the second wave of the coronavirus pandemic hit India grievously.

The T20 World Cup cricket, scheduled in India later this year had raised hopes that India would grant visas to Pakistani players, media and fans.

The event was the first of a series of monthly discussions curated by a coalition of individuals and organisations joining hands to take forward the principles and ideals of peace, justice, democracy and human rights in South Asia as championed by the late I.A Rehman, Asma Jahangir, Dr Mubashir Hasan, Nikhil Chakravartty, Nirmala Deshpande, Kuldip Nayar, Rajni Kothari and others.

A video of the discussion is available at the SAPAN Facebook page @southasiapeace.